Drug cures mice of Down syndrome

In a single dose 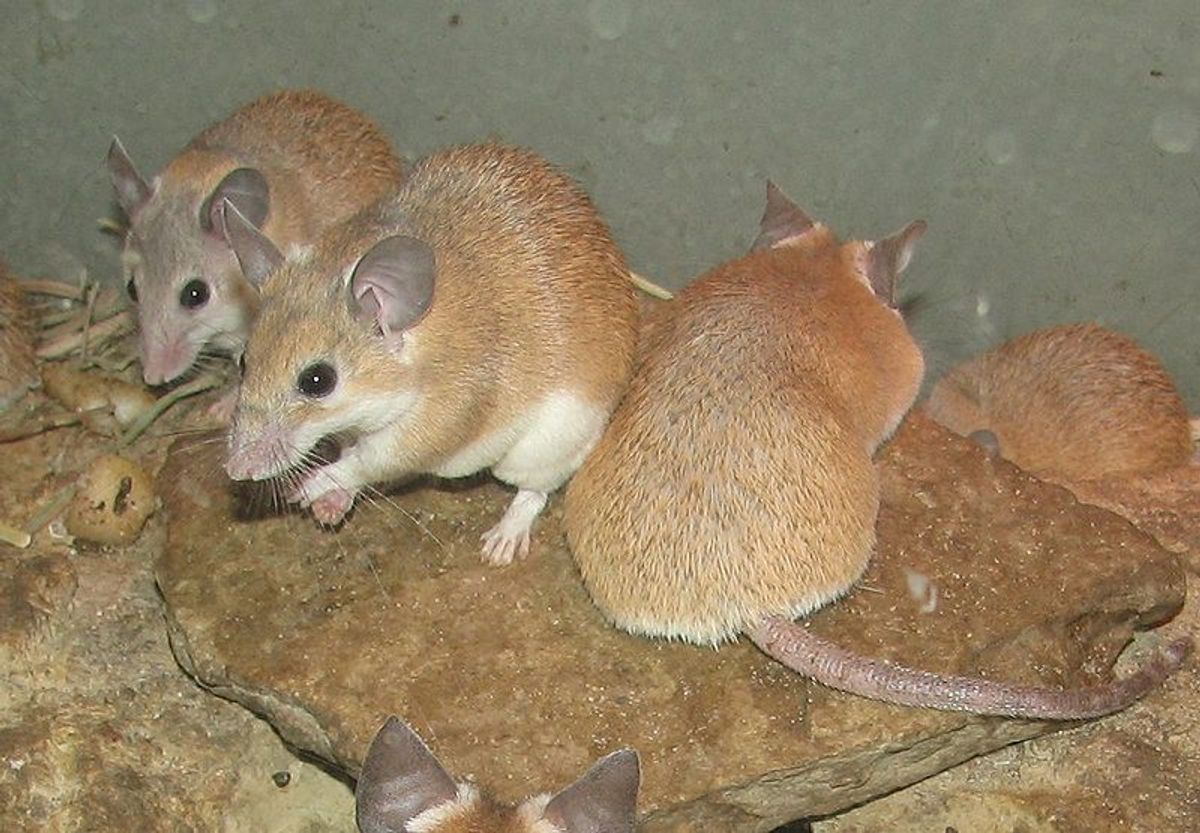 But it's not a cure for humans yet.

Cure Down syndrome with a single injection? Well, maybe -- if you're a mouse. A team of scientists from John Hopkins University and the National Institutes of Health have cured newborn mice of Down syndrome by injecting them with a drug that stimulates what's called the Sonic Hedgehog pathway (so-named because in flies, a lack of the Hedgehog signaling protein causes embryos to become prickly, hedgehog-like balls).

People with Down syndrome usually have smaller brain volumes than control groups, including significantly smaller cerebellums, a portion of the brain involved in motor control. The researchers, led by Roger Reeves of the John Hopkins University School of Medicine, treated newborn mice that had been genetically engineered to have Down syndrome-like characteristics with a small molecule called SAG.

After a single injection of SAG on the day the mice were born, their cerebellums developed normally into adulthood. It improved their behavior, too: Mice treated with SAG performed just as well as normal mice on a memory and learning test.

But the drug is a long way from becoming a human cure. The Hedgehog pathway plays an important role when it comes to brain development, so fiddling with it could have unintended consequences. It's possible enhancing the biochemical events that lead to growth in the brain would cause issues elsewhere in the body, like potentially raising the risk of cancer.

"Down syndrome is very complex, and nobody thinks there's going to be a silver bullet that normalizes cognition," Reeves said in a statement. "Multiple approaches will be needed."

The study appears in Science Translational Medicine this week.