A devastating new film explores the lies, greed and indifference that killed millions in Africa 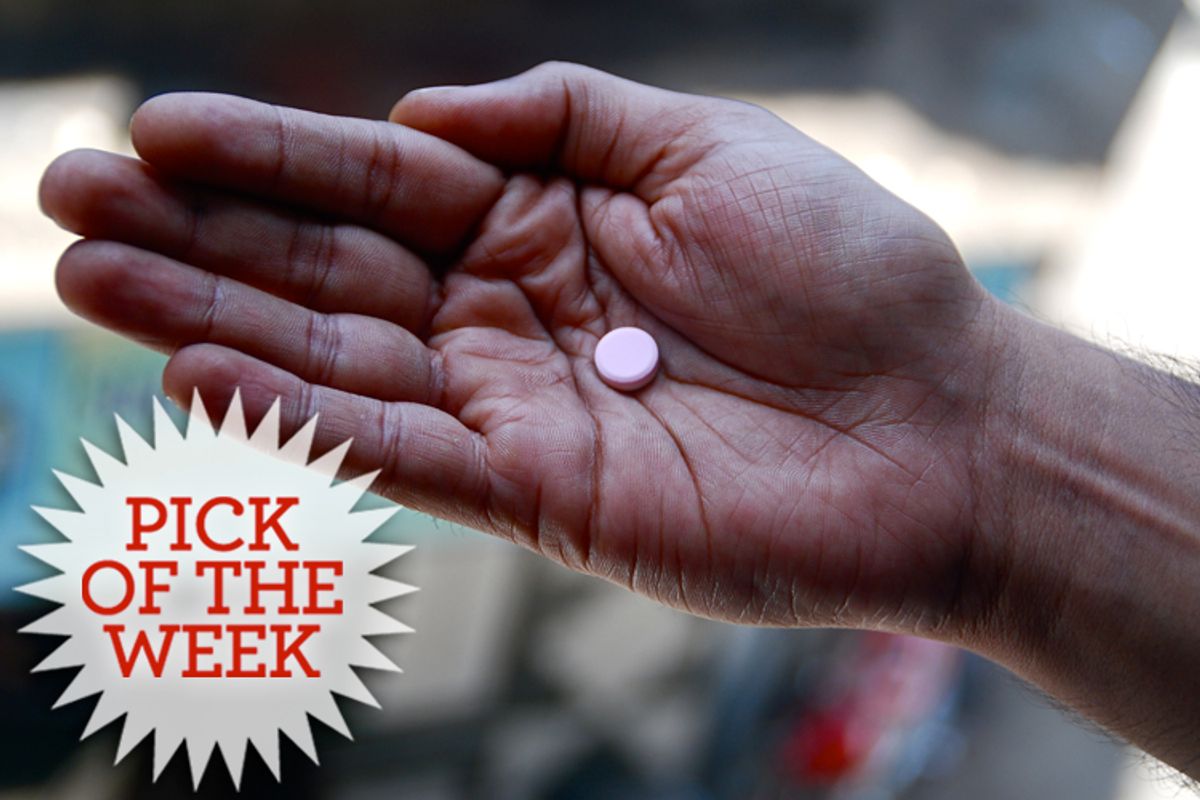 If you’ve seen David France’s documentary “How to Survive a Plague” or were personally involved with the HIV/AIDS epidemic in some way, then you know that 1996 was a historical turning point. After 15 years during which an AIDS diagnosis was pretty much a death sentence, everything changed. At the International Conference on AIDS in Vancouver that year, several research breakthroughs were presented, including the fact that treating HIV-positive people with a combination of three antiretroviral drugs was far more effective than any treatment previously tried. Very rapidly, HIV/AIDS went from a debilitating fatal illness to a treatable long-term condition, and many people with the virus not merely survived but returned to rich, full lives. Well, OK – as long as they happened to live in North America or Western Europe.

We meet one of those survivors in Dylan Mohan Gray’s shattering documentary “Fire in the Blood” – which is something like a bleak but necessary second act to France’s film -- with one key difference. He’s a well-known South African judge named Edwin Cameron, who was near death from AIDS in the mid-‘90s and today, at age 60, competes in bicycle races. Cameron is one of the good guys in this story, but he’s acutely aware of his privilege and his peculiar symbolic importance. He’s a white man with a first world-scale salary, who could afford the expensive patent-protected drugs made by Big Pharma companies like GlaxoSmithKline and Bristol-Myers Squibb that gave him his life back. He’s also a resident of the continent where people who could not afford to pay thousands of dollars for those drugs have died on a nearly unbelievable scale.

By some reputable estimates, 10 million men, women and children died of AIDS in sub-Saharan Africa between 1997 and 2003, when drugs that could have saved their lives already existed and were abundant in other parts of the world. While Cameron was receiving medicine, poor people who lived a few miles away from him in the South African townships were told to go home and die. This happened entirely because the drug companies decided that protecting their bottom-line profits was more important than saving lives, and because there was no moral force with the global power to stop them. To put those 10 million deaths in perspective, almost 15 times as many people died of AIDS in Africa during that period than have died in the United States over the entire 32-year history of the epidemic.

Toward the beginning of “Fire in the Blood,” narrator William Hurt quotes Joseph Stalin’s famous remark (without attribution) that one death is a tragedy but a million deaths is a statistic. The story of how Big Pharma sentenced millions of Africans to die to protect their patent rights and record-setting profits is one of the genuinely horrifying statistics of our age, one that rightfully deserves to be called an act of genocide. Gray’s film explains how and why that happened, and also how an improbable coalition of global activists that stretched from African patients and doctors to an Indian pharmaceutical tycoon to Bill Clinton began to turn the tide.

Gray (an Indian-Canadian dual citizen) conducts eye-opening and often chilling interviews with people few Westerners have heard of, including the Ugandan doctor and HIV treatment pioneer Peter Mugyenyi and South African AIDS activist Zackie Achmat, and also with more familiar faces like Bill Clinton and Nobel-winning economist Joseph Stiglitz. The picture that emerges is of a combination more toxic than HIV infection itself: corporate greed, widespread indifference and racism. It was well understood in the late '90s that the HIV drug revolution in the West had brought almost no relief to Africa. But far too many of us in the Western media and public, relieved that the AIDS crisis was “over” and tired of bad news, looked the other way and took the pharmaceutical companies at their word: There were many good reasons why drugs couldn’t be sent to Africa at low cost, it was really too bad, and something would be done about it just as soon as possible.

In fact, almost none of the things we were told at the time hold up to scrutiny. The exorbitant prices being charged in America or Europe for patent-protected antiretroviral “cocktails” had nothing to do with the true cost of producing the drugs. As with all Big Pharma products, they were set at a level that would maximize profits, but that private or government insurance companies would agree to pay. Allowing less expensive versions to be manufactured and sold in the developing world would have involved a tacit admission that the entire price structure was an extortionate fiction. There was no scarcity of raw materials or limited production capacity that restricted supply. As early as the year 2000, Indian pharmaceutical entrepreneur Yusuf Hamied offered to supply generic versions of antiretroviral medications to African countries at a cost of $800 per patient per year, about 5 percent of the price charged in the West. Even though the Big Pharma companies sold almost no patented drugs in Africa and had no profits to lose in those countries by permitting generics, they still refused. (Hamied would later lower his price to $350 a year, less than a dollar a day, which was when things started to change.)

Big Pharma told us that generic versions of their drugs would be substandard and ineffective, although governments in Brazil and Thailand were already producing and distributing high-quality generic AIDS medications. Big Pharma and its friends in government insisted that poor people in Africa could not be counted on to take medications on a regular schedule, which might render the medicines ineffective and lead to drug-resistant viral mutations. Gray’s film includes the infamous incident in which a U.S. government health bureaucrat told a congressional committee that Africans lacked a Western sense of time, and did not use clocks or watches. (That last is true enough – like most of us, they use cellphones.) Indeed, subsequent epidemiological research indicates that people in Africa have been more compliant with drug regimens than people in the West.

There’s one bomb-throwing moment in “Fire in the Blood” that sails past without elaboration. American activist James P. Love, who has battled the abuse of pharmaceutical patents for years, claims that some leading American AIDS activists refused to join the campaign around this issue, either because they’d been bought off by Big Pharma or because they genuinely believed that African non-compliance might unleash deadly new waves of drug-resistant virus. He doesn’t name names and perhaps that’s just as well, but I hope viewers don’t come away from this essential documentary with the belief that Western AIDS activists in general turned their backs on poor black people just as soon as they got medicine that worked. That isn’t remotely fair. Blame for the African AIDS holocaust falls on the Big Pharma companies who put patents and profits ahead of human life, and on all of us who let them get away with it.

“Fire in the Blood” is now playing at the IFC Center in New York. It opens Sept. 13 at Laemmle's Music Hall in Los Angeles and Oct. 4 at the Plaza Theatre in Atlanta, and will also play a number of international film festivals and theaters in Australia, India, Nepal, the United Kingdom and elsewhere, with home video to follow.