HBO's period drama returns with some new faces, some old and some bloody 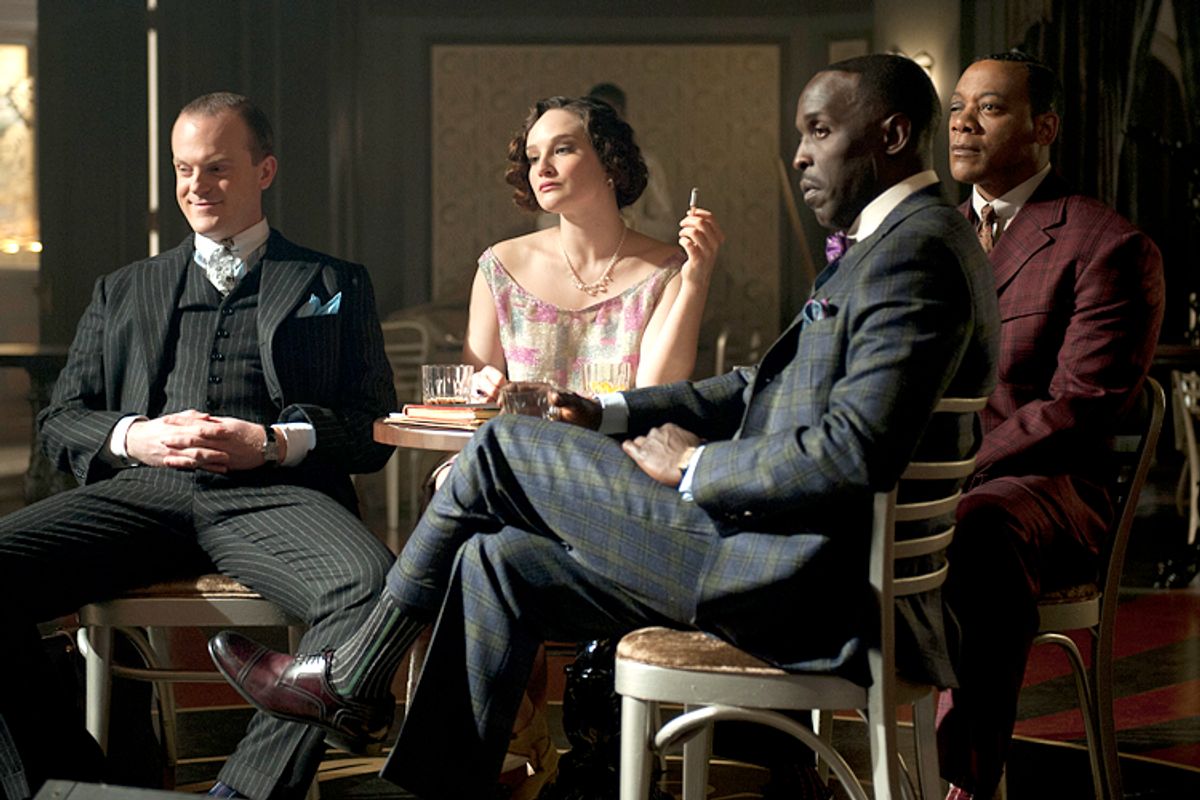 When I was a young boy, one of my favorite things about cartoons was that they would often return from their summer hiatuses with a host of new and exciting characters to obsess over. Who could forget when “The Transformers” introduced Grimlock and the Dinobots, or when “G.I. Joe” came back with Zartan, Tomax and Xamot? When CBS’ “Dungeons & Dragons” ended its first season, I was so impatient to see more awkward teens fall through a portal and inherit magic weapons that I spent the ensuing months mocking up a whole new set of heroes in my sketchpad. (That particular program never came back at all; that was one of my earliest experiences with heartbreak.)

In “Boardwalk Empire’s” ever-expanding world -- which includes Atlantic City, New York City, Chicago and infinite, sinister points in between -- there is always room for new and mysterious arrivals. The show returns this Sunday night with many familiar characters evolving: Both Al Capone and Chalky White extend their reaches to dangerous heights, dragging with them ill-prepared henchmen Nelson Van Alden and Dunn Purnsley. Purnsley -- played with grim, simmering resolution by Eric LaRay Harvey -- finds himself pants-down around the perviest couple on HBO since Cersei and Jaime Lannister. Even Eddie Kessler, Nucky Thompson’s goodhearted manservant, discovers his inner upstart.

Other returning characters are brought so very low. Stripped of the makeshift family he formed in season 3, Richard Harrow now appears as a lonely, Prohibition Era Ronin with little taste for killing despite plenty of expertise. Gillian Darmody entertains creeps in an empty cathouse, caught somewhere between her unattainable dreams, pathetic delusion and ugly reality. Even Nucky himself has become a stark, wary figure, cautiously placating his enemies and sequestered away from the grasping fingers of those he might have once considered associates, lovers or friends.

Among that crowded ensemble, the creators of “Boardwalk Empire” are still able to sneak in wonderfully watchable new additions. As if Al Capone himself is not thug enough for all of Illinois, the infamous knucklehead brings his brothers out from Brooklyn to run booze and babes and otherwise terrorize Cicero, their new home. The two other Capones are played with smirking mookishness by Morgan Spector and HBO stalwart Domenick Lombardozzi. Harrow seeks some solace by returning to his childhood home and his strong-willed, sad-eyed twin sister, Emma (Katherine Waterston). An understated Ron Livingston strolls into Gillian Darmody’s life as either a fish or a savior. And actor Brian Geraghty is both hilarious and unsettling as wide-eyed, baby-faced treasury agent Warren Knox, whose motives and allegiances are also deliciously unclear.

Ultimately, “Boardwalk Empire” is not simply about dazzling its audience with colorful characters in sharp, period attire. The drama features some of the finest actors doing some of the most exhilarating work on television at the moment -- from Steve Buscemi as Nucky to the equally fantastic but lesser known Michael Stuhlbarg as his pasty, calculating rival Arnold Rothstein. Last season, Bobby Cannavale’s hyper-violent tinderbox Gyp Rosetti incinerated the small screen as a new threat to Nucky’s empire. This season’s villain, Dr. Valentin Narcisse, played by the extraordinary Jeffrey Wright, is terrifying in his own pretentious way, but so chill that he doesn’t even show up in this first episode. Only his presence is felt. More on that to come ...

I haven’t even covered half of the new faces you will see in Sunday night’s season premiere, as (ahem, spoiler alert) not everyone is worth mentioning. These characters do, after all, inhabit a very violent universe. Like my beloved Saturday morning cartoons come and gone, they can't all make it to another episode.