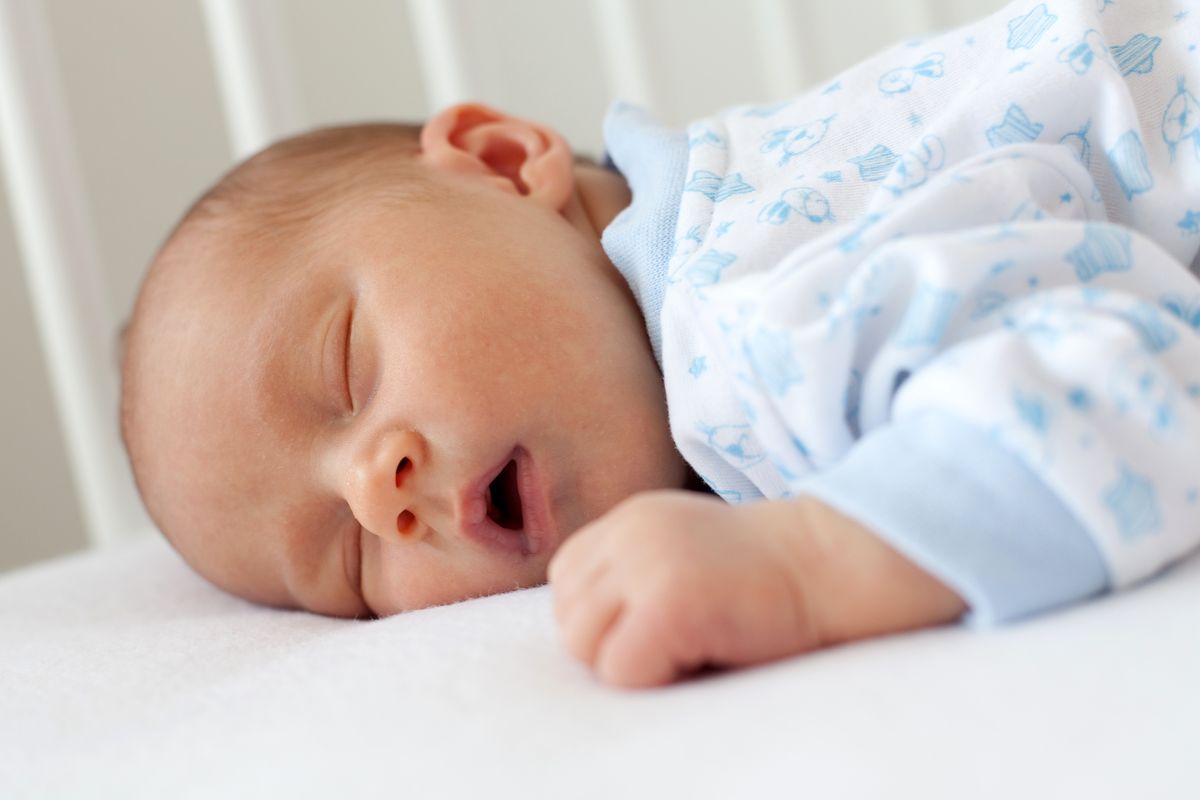 The wearable computing trend just hit the crib. Adults have Nike+, Jawbone Up, and the Fitbit Flex, and now babies have Mimo––a connected onesie that monitors their sleep and reports back to mom and dad through a smartphone app.

A $200 Mimo kit, available on a crowdfunding site starting Thursday, comes with three organic cotton onesies, a toy turtle that clips onto them, and a lily pad. The onesies are equipped with respiration sensors; the turtle detects movement, body position, skin temperature, body position, and activity level; and the lily pad is actually a Wi–Fi base station with a microphone.

Parents download an Android or iPhone app that allows them to view stats collected by this equipment, like the number of times their baby turns over during the night or "longest nap," and tracks changes over time.

It might sound like helicopter parenting, but tracking babies' sleep, in many ways, makes more sense than adult wearable technology like Nike+. Each year in the United States, about 4,000 infants die suddenly of no obvious cause, many of them in their sleep. Fear that their baby has suddenly stopped breathing wakes many parents up in the middle of the night.

Mimo can reassure them their baby is fine before they get out of bed. It can also set off an alarm when everything is not okay.

Of course, strapping your baby into a sensor suit comes with its own set of worries. Rest Devices, the company that makes Mimo, attempts to relieve at least some of them by noting Mimo turtles are too big to be choking hazards and that its transmission technology "would be similar to having a cell phone in the same room" or "an audio monitor placed next to the crib."

Researchers at the Eindhoven University of Technology and at Fraunhofer Institute for Reliability and Microintegration IZM in Berlin have created their own sensor–equipped baby clothing with the intention of preventing Sudden Instant Death Syndrome (SIDS).

Students at Brigham Young recently raised money to develop a baby sock with sensors for heart rate, oxygen, sleep temperature, and rollover. But Mimo, which plans to debut with a national baby retailer in January, is the only consumer product version set to hit stores immediately.

Its consumer–focused features––the sometimes overly attentive stats, the cuteness, the comfy design––could turn out to be its biggest advantage in saving lives, too. Because wearable devices can't do anything if they're not worn. "It has to still be visually cute, or as cute as possible," explains Rest Devices CEO Dulcie Madden, "so that a mom feels really comfortable putting it on her baby."