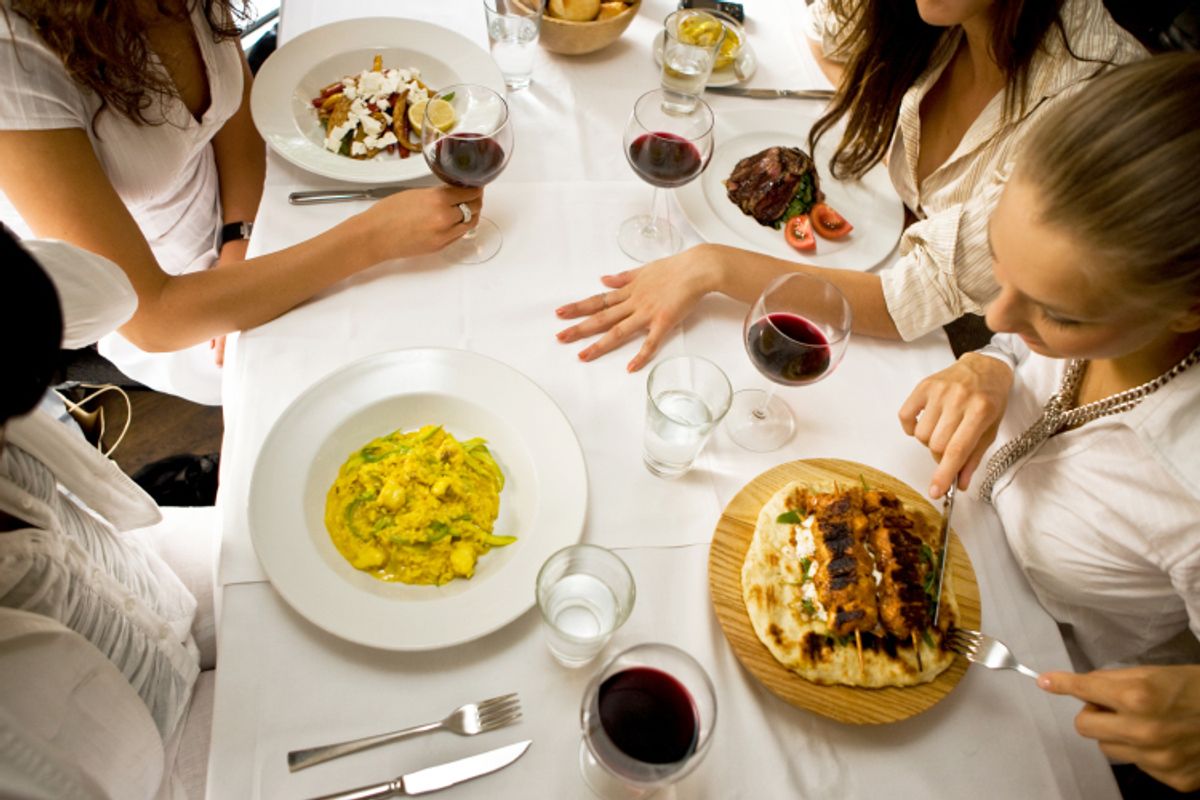 In Woody Allen’s latest film, "Blue Jasmine," the wealthy supposedly get their comeuppance. It is the more mannered response to America’s recent economic collapse than, say, "The Dark Knight." Jasmine is a woman of means and leisure but the façade of her life crumbles when her husband, Hal, a philandering financier running a Ponzi scheme, is revealed as a fraud. Jasmine, née Jeanette, is forced to move in with her working-class sister, Ginger, in San Francisco. High jinks ensue. It’s a good enough movie in that bland way of Woody Allen, which is to say "Blue Jasmine" is competent but largely uninspired. By the end of the movie, which is short but feels interminable, very little has happened and nothing much matters.

"Blue Jasmine" is very much one of those movies trying to make a subtle statement that ends up doing the opposite. While the film is supposed to be some kind of high-minded critique of excessive consumption and who pays the real price for the wealthy to remain wealthy, the movie falls desperately but unapologetically short of that ambition. Instead, there is an aspirational quality to the filming, with loving depictions of wealthy New York — homes in the Hamptons, the impeccably designed apartment in the city, Jasmine’s exquisite wardrobe, ladies lunching. Oh how wonderful it would be, the film suggests, if we could all have nice things.

This reminds me of one of my truly guilty pleasures: reading articles about rich people in the New York Times. I cannot get enough of the breathless, thinly veiled envy in so many of these articles written by journalists who are, like most of us, on the outside looking in at the wealthy as they breathe such rarefied air. What I particularly enjoy about these articles is the shamelessness. These people have money they have earned (or stolen, or inherited), and by god, they will enjoy that filthy lucre.

In his new book "Very Recent History: An Entirely Factual Account of a Year (c. AD 2009) in a Large City," Choire Sicha writes, “Each person lived and moved and worked in his own thin particular slice, like a glass plate in a high, compressed stack. The happier, richer people, it was imagined, were up above in ever-thinner, ever-shinier glass plates ... And below: thick slabs of the poorer, the lonelier, and the hopelessly left behind. Those were people who’d gambled maybe with actual money and lost, or who had never had anything to begin with.” Sicha’s entire book is a sober antidote to the fawning wealth journalism of the New York Times, but that description, in particular, reveals the uncomfortable truth about wealth in New York City. When they write about outrageous fortune, the Times allows the people mired in the thick slabs to look up at the people in the shinier glass plates and to see, with exacting detail, what they are missing.

Real estate is regularly of interest to rich people. In July, wealthy denizens of the Upper East Side realized that they could explore a whole new world — downtown! Some of them are buying pied-à-terres downtown or slumming it and enjoying a meal in lower Manhattan because, Linda Lambert says, “You can go out to dinner and you don’t have to be dressed.” Naked lunch has arrived for a new generation. Sometimes, though, real estate makes rich people cranky. Some Hamptons residents were not amused that Calvin Klein’s new estate has taken so long to build. The traffic from all the contractors and the like was such a nuisance.

Sometimes, the Times directs its attention to rich people themselves, the younger the better. Meet the Brant brothers. They are, apparently, New York famous. They are young. They have well-heeled parents. They party. They are on Twitter. They jet set between Greenwich and Manhattan because, of course. In a 2012 profile, the Brant brothers, as the article suggests, are royalty because their good fortune is as indisputable as their eye color. You can see it in their pictures — their slack faces and flawless skin, the sneering disdain, the skinny jeans and pointy shoes.

We have to think of the children, which explains a 2011 article about traffic jams in New England as the wealthy fly their children to summer camp because driving can be such a bother. And during the school year, what becomes of these children? There is a school for them and it only costs $43,000 a year.

Rich people have to eat. Some of them are rediscovering the greasy joy of pizza. And then there are very special restaurants like Blanca, which seats only 12 patrons a night. For the ladies who need to power lunch, well, ABC Kitchen is popular. The rich eat differently from us. Carrie Rosten, a media consultant, says, “Where you go to have lunch has to be on brand with your brand.” Now you know.

The guiltiest of pleasures might be derived from the annual chronicles of bonus season on Wall Street. In 1997, and my, those were the days, there were luxury cars to be bought by “brash young men with slicked-back hair.” Cars were also a popular acquisition in 2004 when there was, wait for it, a line at the Ferrari dealer. Two years later, real estate brokers decided to better prepare for bonus season by taking a seminar. Things were more solemn in 2008, when restraint was needed. It was a time for austerity, but worry not. By 2010, all was right in the world and financiers had learned something of a lesson. The real question that year: Would the biggest bonuses be seven figures or eight?

I recognize the flagrancy of such unchecked capitalism and still, I read these articles with tempered delight. While many Americans are drowning in underwater mortgages or losing their homes to foreclosure or carrying an absurd amount of student loan debt or living without health insurance or struggling to put food on the table, there are people in New York who are sad their children aren’t being fed zucchini bread with quinoa flour as a school snack. This contrast is so unfathomable, so absurd that it becomes incredibly compelling. These stories reveal that for a few, fairy tales are real, after all. Those fairy tales are just as gruesome as we dared to imagine.