Political power on two wheels: Don't mess with the bikers! 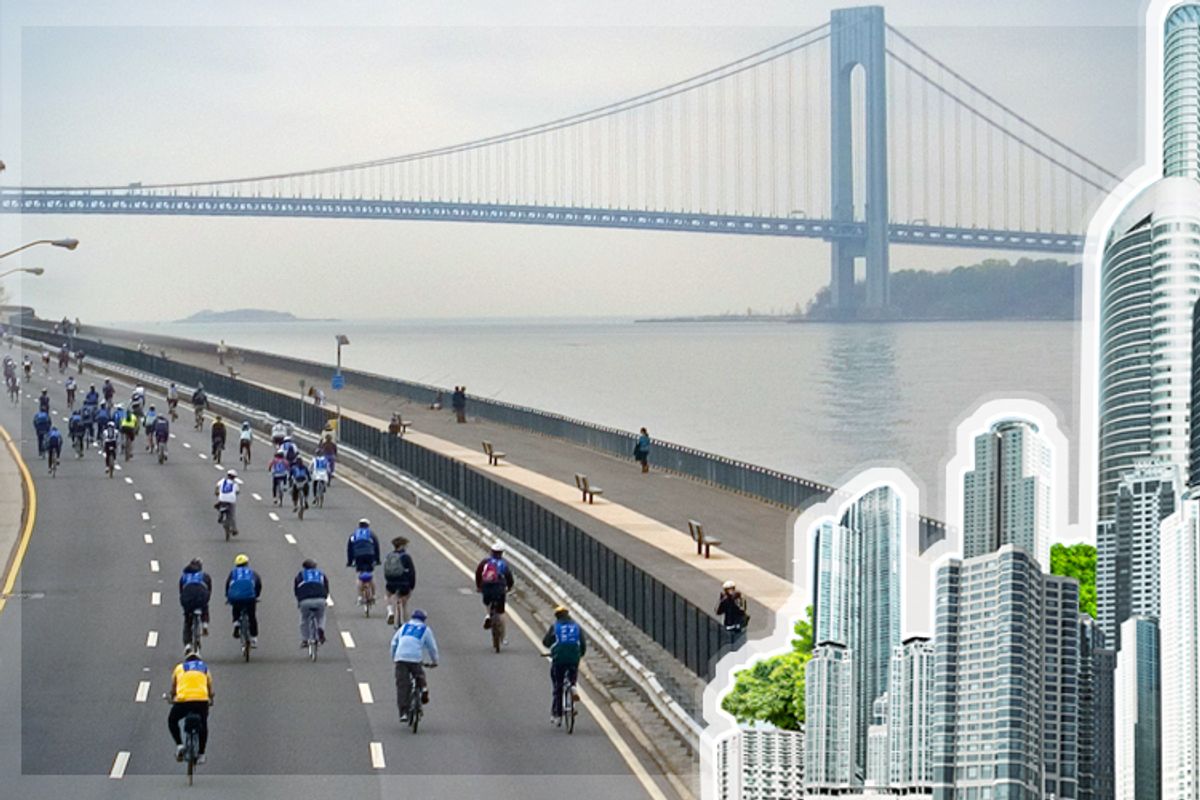 As for the front-runner in the Democratic primary for New York City mayor, Public Advocate Bill de Blasio? Last week, he won the endorsement of StreetsPAC, a political action committee dedicated to improving the safety and mobility of New York City streets, and, at 5 months old, one of the city's youngest political entities.

“De Blasio Wins the Bike Vote,” announced the New York Daily News, as if such a thing as the “bike vote” were a known quantity. With major differences between mayoral candidates on issues like education, policing and taxes, are there New Yorkers who will cast their votes thinking of speed cameras and bike lanes?

In an 1897 report for the American Society of Municipal Engineers on bike paths, L.W. Rundlett, a city engineer from St. Paul, Minn., succinctly summarized the political development of the bicycle:

“Bicycles at first were considered a nuisance on the street and sidewalk, but as the number increased and the public became accustomed to them, this sentiment gradually wore away. Moreover, the number of wheelmen has so increased that they represent quite a power at the polls, and without giving allegiance to any particular party they could easily be able in any local election, to elect to office those who would at least show them justice in establishing rules and regulations for the proper use of the streets and sidewalk.”

The rest, as they say, is history: The political influence of the “wheelmen” was eclipsed and then vanquished by that of the automobile lobby and its constituents, the car owners of America.

“We joke that we slipped a little during the 20th century,” says Andy Clarke, president of the League of American Bicyclists. “But we're back.”

In New York, the would-be “bike voters” face an important election. Mayor Michael Bloomberg's tenure, a benevolent era for cyclists, pedestrians and park-lovers, is expiring. New York has replaced traffic jams with picnic tables, added hundreds of miles of bike lanes, and implemented one of the world’s largest bike-share systems. It seemed at times that his initiatives -- innocuous though they may appear, to residents of other cities -- would cause some kind of citywide crackup. But Bloomberg held his ground.

His would-be successors, though, have struggled to stake out territory of their own. In the early stages of the campaign, they were eager to distance themselves from this transportation legacy. De Blasio, for one, had called transportation commissioner Janette Sadik-Khan a “radical.” The tenor of the debate caused some consternation on the part of cyclists and others who have supported the administration’s changes to street design.

"I get that Bill de Blasio and others are striving to distinguish themselves from Bloomberg," Paul Steely White, the executive director of advocacy group Transportation Alternatives, told the New York Times in February. "My advice to them is to pick another issue."

Amid this discussion and the general hysteria over transportation policy that marked the latter half of the Bloomberg years, the founders of StreetsPAC sensed an opportunity.

"What we saw was a livable streets movement that had matured a lot over the past few years, in NYC but also around the country,” said Eric McClure, who is a co-founder and board member of StreetsPAC. “It was a movement that had grown up but was missing one leg of the stool, which was a direct involvement in the political process." (Transportation Alternatives, which turns 40 this year, has refrained from supporting candidates.)

There is certainly an expanding constituency. The NYC Department of Transportation records a 58 percent increase in cycling since 2008 in New York City. Some 900,000 New Yorkers ride a bike each month. Though StreetsPAC, Transportation Alternatives (TA) and similar outfits champion a variety of transportation causes, cycling has often been the public face of the movement.

“Our roots have always been in biking,” said Noah Budnick, the deputy director of TA, whose roster of issues also includes bus rapid transit, play streets, public plazas, and traffic enforcement. “For anybody who rides, the experience is so visceral you see not just the problems of riding a bike, but the transportation problems up close. Congestion. Broken streets. You see that designing streets for cars doesn't work in the urban environment.”

Indeed, the most obvious models for the new StreetsPAC wear their biking allegiances on their sleeves. One is the politically active San Francisco Bike Coalition, which, like TA in New York, has been remarkably successful in obtaining both policy and infrastructure reforms for cyclists in the Bay Area. Ridership is up 71 percent over the last five years in San Francisco. The SFBC also endorses candidates in local elections.

Another is the Cascade Bicycle Club, a Seattle-based group whose 15,000 members make it the largest regional bike lobby in the country. Like SFBC and TA, Cascade was formed in the early 1970s, in the heyday of the environmental movement. Now, it’s an influential force in local politics. Brock Howell, policy and government affairs manager at Cascade, says that in this deep-blue region of Washington state, a difference on bicycle policy can change the outcome of a local race.

“There are primary races decided by 250 votes,” he explained. “When we have 1,000 people in a district who receive our newsletter saying who’s the best on bikes, that can make a difference.” (The group’s newsletters reach some 60,000 people around the region.)

If you’ve been following the news in New York over the past few years, you might have thought bicycles would be a major campaign issue here too. Bike lanes and the city’s new bike share program have been the golden goose of tabloid headlines. The issue has generated, from supporters and opponents, references to the following: Martin Luther King Jr.’s Letter From Birmingham Jail, "The Exorcist," Bush v. Gore, the American Revolutionary War, and the Taliban’s demolition of the Bamiyan Buddhas. (And those were just the public statements I came across in researching this article.)

But as the summer wore on, the candidates have shelved the anti-bike rhetoric. Usage of the bike-share program exploded and polls showed the majority of New Yorkers not only approve bike lanes but would like to see more of them. “Certain candidates may have joked about ripping out bike lanes or that they wouldn't be opposed to removing pedestrian plazas, “ McClure notes. “But the reality is that there's no moving backwards from this.” As TA employees put it to me, the debate over bike lanes is settled.

That’s not to say that the common political goals of the movement have largely been accomplished. Congestion pricing, for example, was one of the failures of the Bloomberg administration and remains a politically charged issue. (De Blasio, as a City Council member, voted against it.) Traffic safety is still a huge problem: In most states, including New York, more people are killed in traffic each year than by guns, and one in 500 people in New York City is injured by a car each year. Could a politically influential coalition of cyclists, pedestrians and transit riders affect those issues at a local level? It seems possible.

But with success come challenges. The San Francisco Bike Coalition drew some criticism last year when it chose not to acknowledge the 20th anniversary of Critical Mass, the free-for-all bike ride that originated in San Francisco and has become a worldwide event – indicating a division between the political wing and the lawless roots of San Francisco bike culture. If one of the major bike organizations decides to shun electric bicycles, would its members follow? Is it possible that the interests of mass transit riders and cyclists – two groups that make up the core of Transportation Alternatives’ membership – could diverge in the future over competition for street space?

What’s clear is that the concept of a “bike lobby” is no punch line. L.W. Rundlett would feel right at home.