From Joseph Gordon-Levitt to Zac Efron, male stars are stripping down. Do they face the same pressures as women? 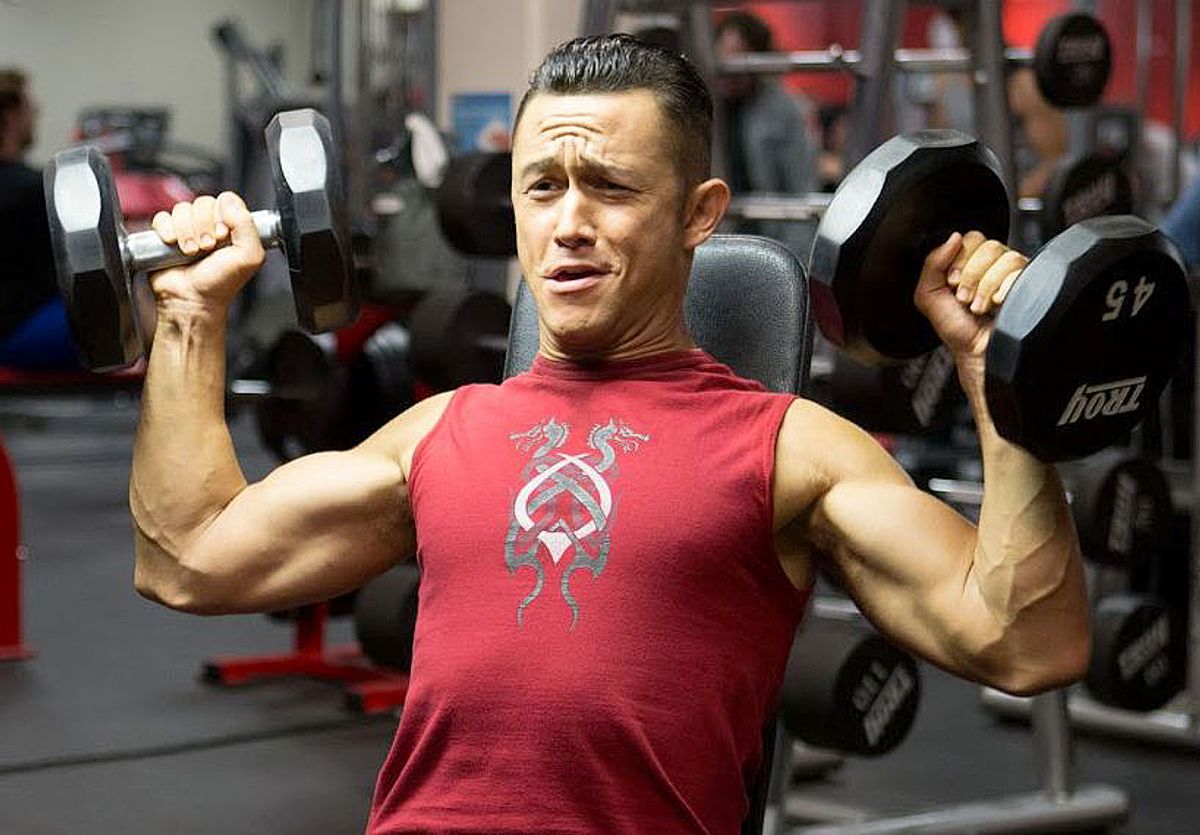 There's a new look for young male stars on the make -- and they don't mind being looked at.

In the worlds of pop music and movies, actors are not merely sporting the physiques of Olympic weight lifters, but putting themselves on display. Justin Bieber, the newly adult pop star, has included constant public shirtlessness among his exploits; the boy-band member Nick Jonas put himself on near-pornographic display in an Instagram shot; the promising young actor Zac Efron seems to have abandoned pretensions of artistic ambition in favor of showing off his frame in order to promote generic comedies; Channing Tatum rose to mega-fame on the back of a movie in which his acting was negligible but he quite literally stripped down constantly.

Stars have always made money off of their figures as much as more ineffable skills like "charisma"; Paul Newman was hardly a stranger to whatever was then the equivalent of the in-home gym. And Leonardo DiCaprio's willowy frame defined an ideal for a generation of teens and pushed "Titanic" to the top of the box office for months. But the degree to which self-display has become de rigueur may mean that male stars are starting to feel the same pressures as their female counterparts, who have for generations been the subject of pinup ads.

"Men have been traditionally seen as praised for their acting, much more so than women," said Karen Hollinger, a film studies professor at Armstrong Atlantic State University and author of "Feminist Film Studies." "Women are looks, men are acting." Consider, for instance, the Oscar winners in the lead categories; the men at the top of their game are consistently elder statesmen of the film industry whose looks are immaterial -- Daniel Day-Lewis, Jeff Bridges, Sean Penn -- while the best actress winners are more likely to be talented younger stars who first came to prominence with cheesecake photo shoots or who promoted their films in the nude.

But a new generation of male stars, including Ryan Gosling and Joseph Gordon-Levitt, two acclaimed actors who've appeared in films hinging upon their showily displayed physiques, are bucking this trend; though Gordon-Levitt's bodybuilding hero drives the narrative in the upcoming "Don Jon," he's still putting himself on display as much as costar Scarlett Johansson ever has. Hollinger said the gender division had "kind of faded out -- it's more about how buff they look, about how attractive they are."

Erin Gloria Ryan, the news editor at Jezebel who's written about objectifying men for the site, didn't think the phenomenon was particularly new. But, she said, the manner in which growing up has been delayed means women are now treating adult men as though they were boy-banders. "Women consume the same pop culture that teens consume into their 20s and 30s -- that didn't happen when women were getting married at 22, and having kids and growing up. I'm 30 and find myself clicking on news stories about Zac Efron."

"Teenagerhood has extended into a woman's 20s," Ryan said.

But while the boy-craziness of one's teenage years sticks around much longer these days, women's tastes may change in their 20s. Referring to Chris and Liam Hemsworth, the stars of the big-budget "Thor" and "Hunger Games" franchises, Ryan said: "The Hemsworth brothers, they're so hunky! And they market themselves the way younger men would market themselves." That is to say, they're (very!) grown men who appear in mind-numbing teen bait and who seem to go exclusively to beaches where paparazzi will catch them in their bathing suits. The serious adult fare (Chris Hemsworth appears in the Oscar-bait "Rush," due out next week) is counterbalanced against a Tiger Beat sort of self-positioning as sex symbol.

"Grown women are looking at the world like teenage girls. They have the sexual appetites or want to be with men the way a straight adult woman should, not with boys, but the ideal has grown up with the women that are watching and consuming that media." There's money to be made from a demographic that hasn't quite put childlike crushes away -- but has moved beyond the willowy teen ideal.

Blame, too, the preponderance of superhero flicks -- a great many of the objectified male stars of today have plot reasons for their steroidal physiques, as they're playing larger-than-life heroes. (A tabloid recently reported Ben Affleck, two-time Oscar winner, was working out two hours a day to play Batman in an upcoming film.) Though in the past, Rudolph Valentino, Rock Hudson and Marlon Brando all made a mint off of their sexualized images, the aesthetic is yet more mesomorphic today. "Handsome faces and good silhouettes don't seem to cut it anymore," said Nick Davis, an associate professor in the departments of English and gender and sexuality studies and the author of "The Desiring-Image," a study of cinema conveying sexual desire.

Though he noted that a surprising number of male stars were willing to be complicit in their own marketing as beefcake, Davis said that men get far more of a choice, while for women, disrobing can be a requirement for success. "The proportions are still so wackadoo in terms of how objectified and eroticized women are compared to men (even if some women enjoy those images), and who ultimately profits from such objectification and eroticization, that any talk of a real 'trend' against the usual current feels a bit optimistic to me."

And it's not necessarily feminist to objectify men in the manner women have been objectified for years. "It's hard to say it's blanket good, blanket neutral, blanket bad," said Ryan. "There are times when both parties know what's going on and know what could happen as a result of the way they present themselves. But buying into a capitalist system where you can sell yourself, that devalues a person's humanity, no matter who's presenting themselves."