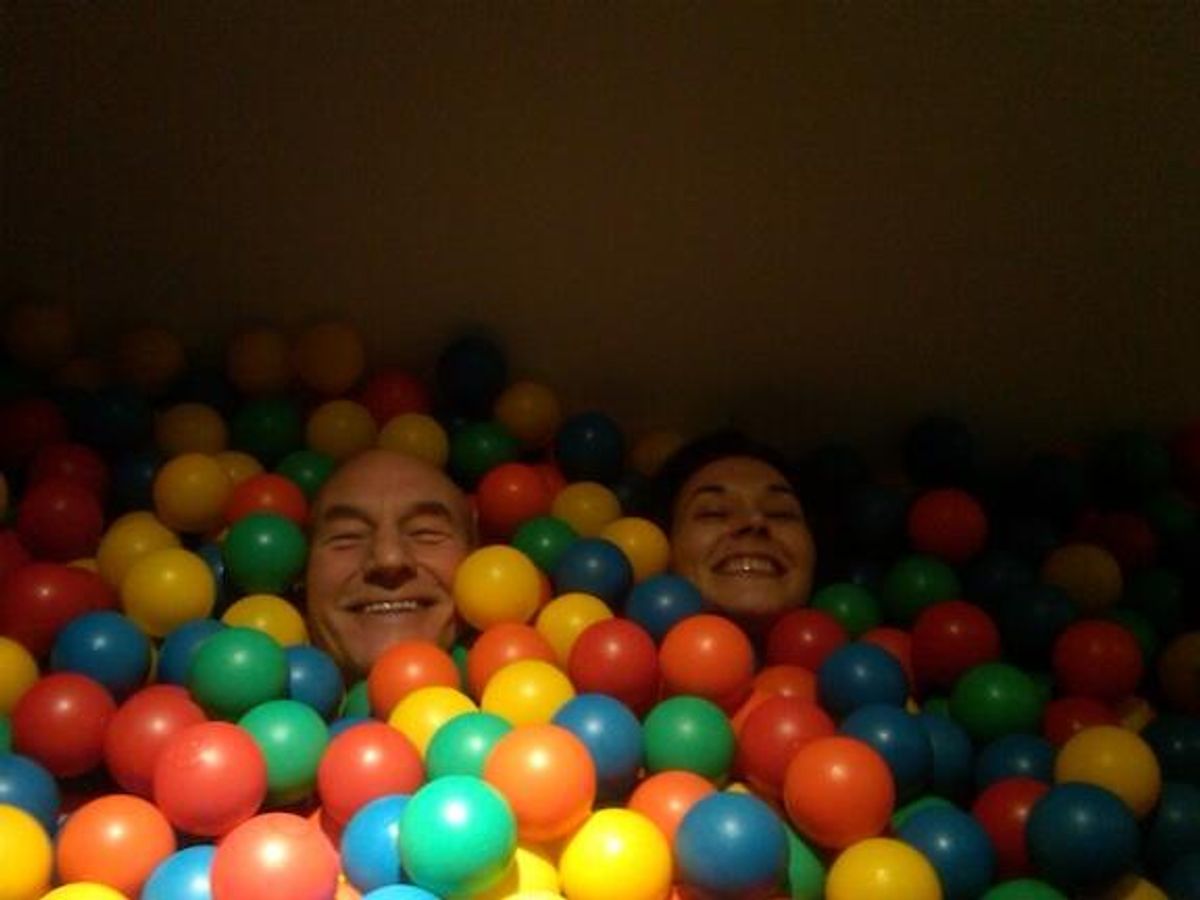 Sir Patrick Stewart continues to be the greatest ever: The "Star Trek" actor has tied the knot with jazz singer Sunny Ozell in a wedding officiated by Sir Ian McKellen. He announced the marriage to his fans via this tweet:

Stewart's Twitter followers will note that the photo is an endearing play on his profile photo, in which Stewart appears alone in a ball pit: And for the record, McKellen did his part, too: