A Brazilian star gets set to go global -- but did her label make her lighter on the way? 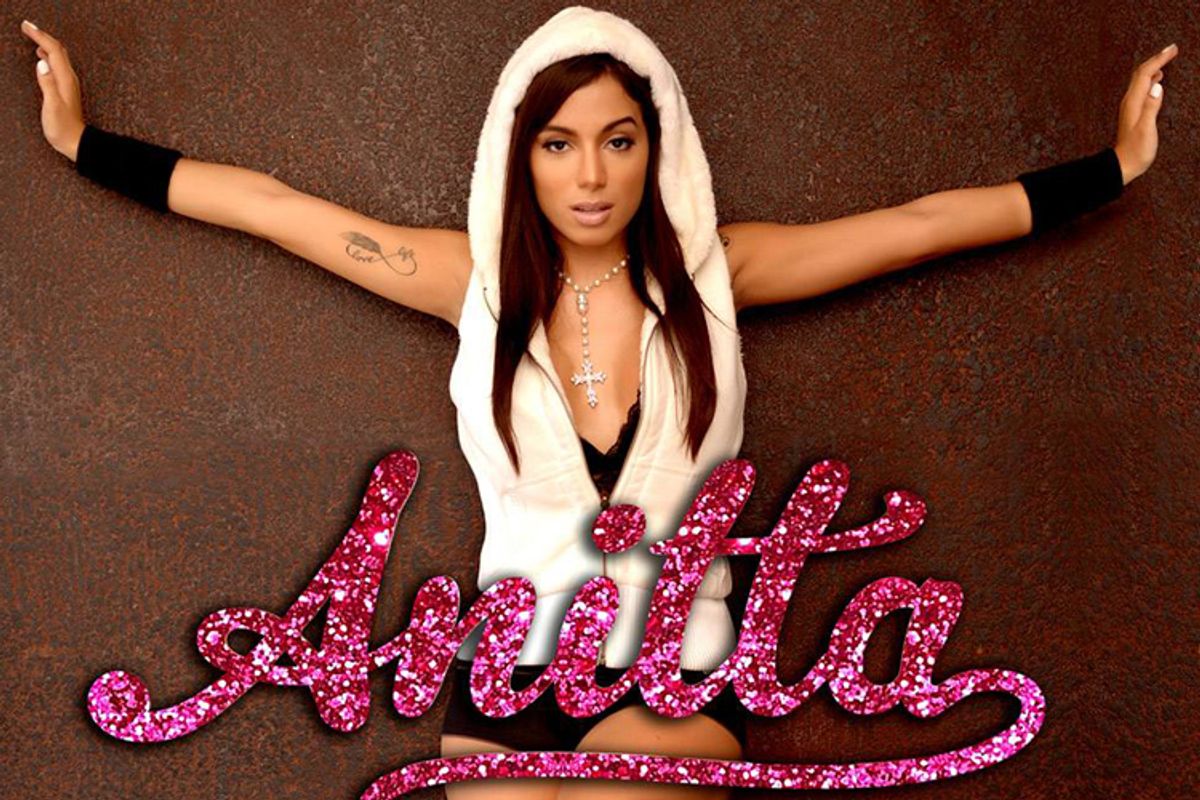 Larissa de Macedo Machado is a 20-year-old Brazilian funk artist better known as Anitta. In the past year, she has become a superstar in her native country, racking up a hit album and millions of YouTube views. And after signing with Warner Music, she now looks poised to achieve the same level of fame on a global scale. But this weekend, her public image took a turn when the Guardian took note of a recent Blogueiras Negras (Black Bloggers) post questioning just how far Anitta and her label may have gone to groom her for international success. In short, has the face of Brazilian music suddenly become a whole lot lighter?

In side-by-side before-and-after photos that note "the appearance of Anitta is becoming increasingly different," the singer appears to have transformed from a coy, curly-haired and olive-skinned girl to a sleek, peaches and cream complexioned woman. In the Blogueiras Negras post, Jarid Arraes observes that "white is the image of the rich, the nice, the successful, the good, while people see black as the opposite of all that." And as the Guardian points out, Anitta's evolving look is particularly notable in a country like Brazil, where  "there is a clear link between skin tone and inequality."

But Anitta's apparent increasing fairness may not be her doing; it may just be a case of enthusiastic Photoshopping. Nor does it represent Michael Jackson-level extremes of desperation. It does, however, reveal our seemingly global obsession with equating lightness with beauty and success. A few years ago, Beyoncé appeared looking conspicuously more fair-skinned in a L'Oreal ad – a claim the cosmetics company denied. But the singer, who's often sported long, straight, golden-hued locks, had her image questioned again last year when a promo photo depicted her as a Marilyn Monroe-style pinup. This past summer, India.Irie faced accusations of lightening up for her single cover, a charge she dismissed by saying, "I just wanted for it to glow and be luminous, not light." And early in her career, Shakira was a curly-haired brunette.  It took going blond to fully turn her into a superstar she-wolf.

Being a celebrity – especially when you're female – means experimenting with image and identity. That's why, for the record, Tyra Banks is not doing "whiteface" when she pays homage to her fellow supermodels Cindy Crawford or Kate Moss. But when that image repeatedly defaults to the same old thing, it reinforces a pretty toxic standardization. And the issue isn't just about race. Anitta is only 20. She  has a body that appears to have been almost cartoonishly enhanced. Take away her music and just look at her image and what you're left with is the world's most depressingly narrow vision of the ideal woman: light-skinned, straight-haired, big-boobed and gyrating.

Last month,  Indian film star Nandita Das spoke of her problems with directors and makeup artists who "always say to me: 'Don't worry, we will lighten you, we're really good at it,' as a reassurance. It's perpetuating a stereotype that only fair-skinned women can be educated and successful." In response, she recently came out in support of the Dark Is Beautiful campaign to counter the mind-set of a country in which skin whitening represents a $432 million annual business – a business that's growing exponentially. "I want people to be comfortable in their own skin," she says, "and realise that there is more to life than skin colour."