TechCrunch has a very sexist weekend

Two gross displays at Disrupt are met with well-deserved disgust 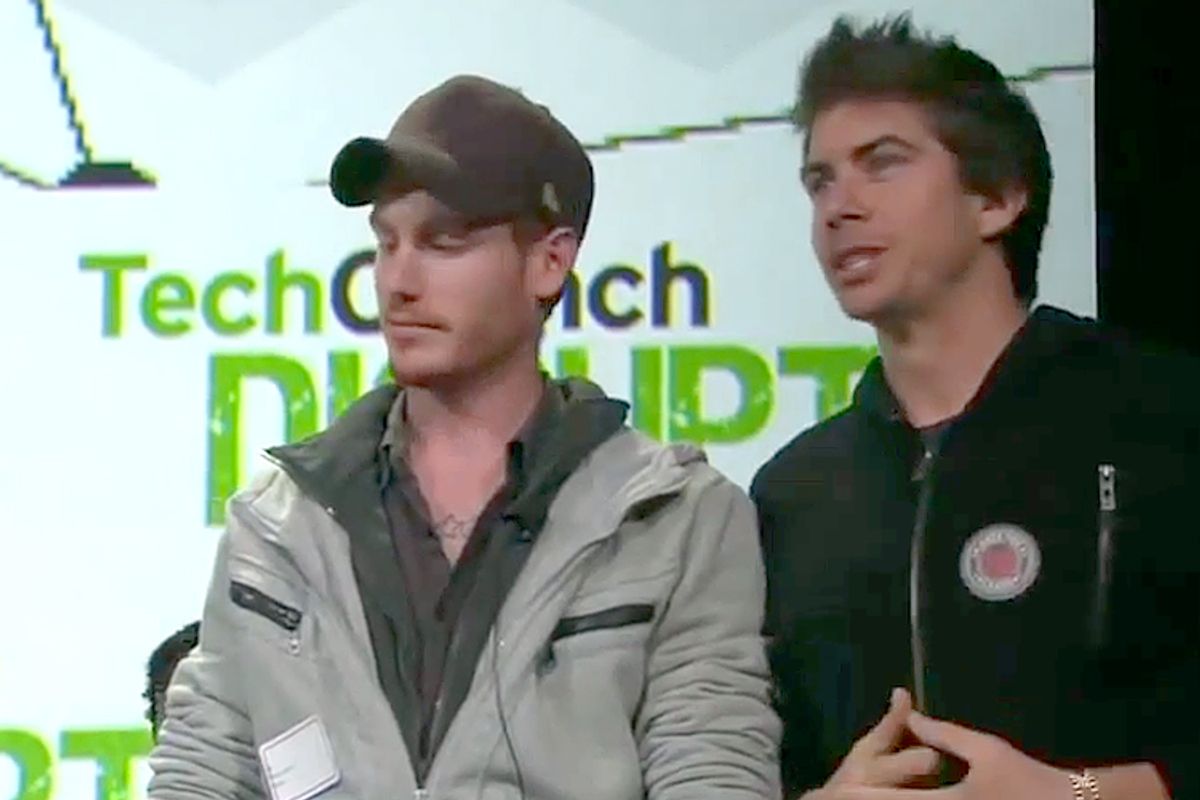 Let's chalk this one up as a qualified step in the direction of enlightenment. Yes, we are up to our necks in a culture that's hateful to women, that revels in childish and crude commentary about our bodies, that belittles and insults and intimidates us in the arena of social discourse. These are the things we still contend with on a daily basis. But at least sometimes, the reaction to this crap is an appropriate degree of disgust.

Case in point: Over the weekend TechCrunch found itself apologizing for not one but two gross displays by the bro-holes at its San Francisco Disrupt conference. The very first presentation of the day, in fact, was from Australians Jethro Batts and David Boulton, who proudly unveiled their TitStare app -- "an app where you take pictures of yourself looking at tits." They did helpfully admit, while showing a cartoon of a lady slapping a man's face, that "Women just aren't that warm to it." They, however, seemed delighted, giggling like little schoolgirls as they made their pitch. Batts and Boulton are apparently also the same charmers, by the way, who've created Hate You Cards – a service that promises to print "custom abusive postcards" with messages like "Thanks for swallowing" and "Congratulations on being a gigantic fucking faggot." Well done, lads! After their presentation landed like a lead balloon, they cheerfully explained their behavior with a tweet stating, "Sorry if we offended some of you, very unintentional. Just a fun Aussie hack." Someone needs to tell these dudes that Aussies can actually be plenty progressive on the subjects of sexism and appropriate behavior.

And as if the day wasn't already bad enough, TitStare was later followed up by a demo of "Circle Shake" -- which, as the name likely already clues you in – was really just an excuse for a guy named Kangmo Kim to get up in front of a crowd and quite expressively pretend to pleasure himself. (Things learned from TechCrunch: Men like to grunt "BURRRRRST!" while they're having a go at themselves.)

On Sunday, the AOL-owned TechCrunch issued a mea culpa for the "two misogynistic presentations," acknowledging that "sexism is a major problem in the tech industry" and that the events represented "a failure to properly screen our hackathons for inappropriate content ahead of time, and establish clear guidelines for these submissions." But more significantly, the stunts were met with widespread disapproval from both the TechCrunch crowd and the wider Net community for the "blatantly misogynist" behavior. As Amy Gray wrote in the Guardian Sunday, "the industry runs on privilege, with sexist and juvenile behaviour based on gender stereotypes being routinely displayed."

God knows there's still plenty of arrogantly casual sexism to be found, oh, everywhere – notably in online culture. And with it, there are still plenty of repercussions for those who call it out. Last spring Adria Richards tweeted a photograph of two men she said were making sexist remarks at a conference – and wound up receiving a deluge of threats and getting canned from her job because "how she reported the conduct put our business in danger." This summer, after Caroline Criado-Perez helped successfully lobby to get Jane Austen on the 10-pound note, she was greeted with an outpouring of rape and violence threats. And when Anita Sarkeesian took on the common tropes about women in video games and called for the industry to create "more interesting, engaging and complex female characters," the response was a similar deluge of what she called "many threatening messages," as well as repeated vandalization of her Wikipedia page.

But if certain elements of the tech community could stop staring at boobs and stroking themselves for a minute, they might notice the tolerance for their behavior is getting thinner and thinner. The sexist TechCrunch presentations were a massive failure, an embarrassment. They were not supported or encouraged. Instead, the breakout star of the day was Alexandra Jordan, creator of the Super Fun Kid Time site, that lets kids schedule play dates. The developer says that coding is "really calming and a great way to develop thought." She's also a 9-year-old girl. A girl who has not been held back by a culture that would dismiss her because she's female. A girl who has something to contribute – unlike Messrs. TitStare and Circle Shake – that's not self-absorbed. Get used to it, sexist dopes. She's the future. And it's awesome.