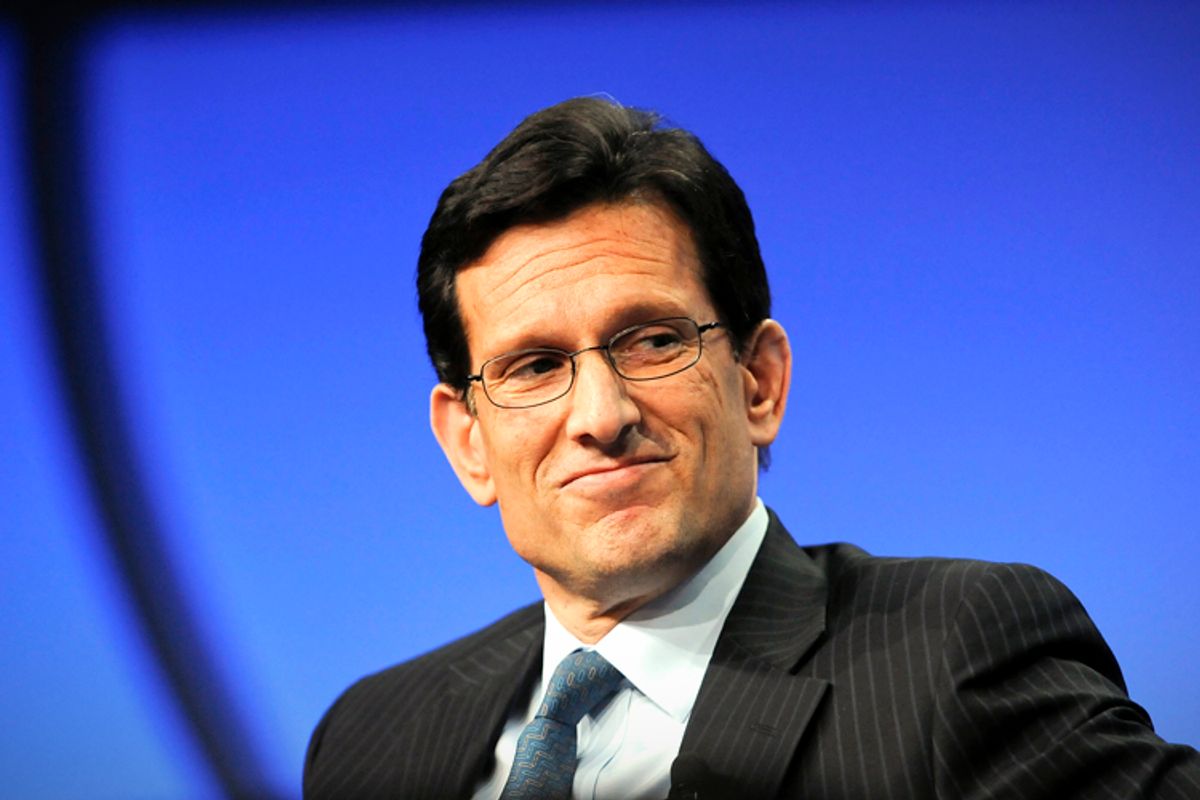 Cantor tells his fellow Republicans that the coalition supporting the health law “cracks” when forced to vote on unpopular aspects of the law, and reminds his colleagues that, in addition to the laws signed by the president, earlier this summer a number of Democrats voted for GOP-led legislation to repeal the individual and employer mandates.

Cantor's memo states that actions in recent months have shown the law is “unworkable” and notes the administration missed deadlines and delayed several provisions. “As the October 1 implementation approaches, we will continue to pursue the strategy of systemically derailing this train wreck and replacing it with a patient-centered system which removes Washington from health care decisions,” Cantor says.

Speaker Boehner's dismantle strategy, presented in late July, indicated that the House planned to vote on legislation to repeal the Independent Payment Advisory Board, require the exchanges to verify income, and eliminate ACA “slush funds.” The chamber plans to vote on the income verification bill Wednesday (Sept. 11). The House also plans to hold ACA oversight hearings over the next week.

Cantor's memo also notes that the debit limit is set to expire in October, and says that Republicans will demand fiscal reforms and pro-growth policies in exchange for another increase in the limit. “Over the past three decades during times of divided government, increases in the debt limit have been accompanied by major spending, regulatory reforms, and I expect that model to play out once again,” Cantor said, and cited the Congressional Review Act, the Budget Review Act and Gramm-Rudman (the 1985 balanced budget act that introduced the concept of sequestration) as examples.