Jennifer Weiner: I'm glad the NYT is finally covering commercial fiction, and sorry if I went too far

I'm glad the Times is covering commerical fiction -- but in my fight to get them to do so, I sometimes went too far 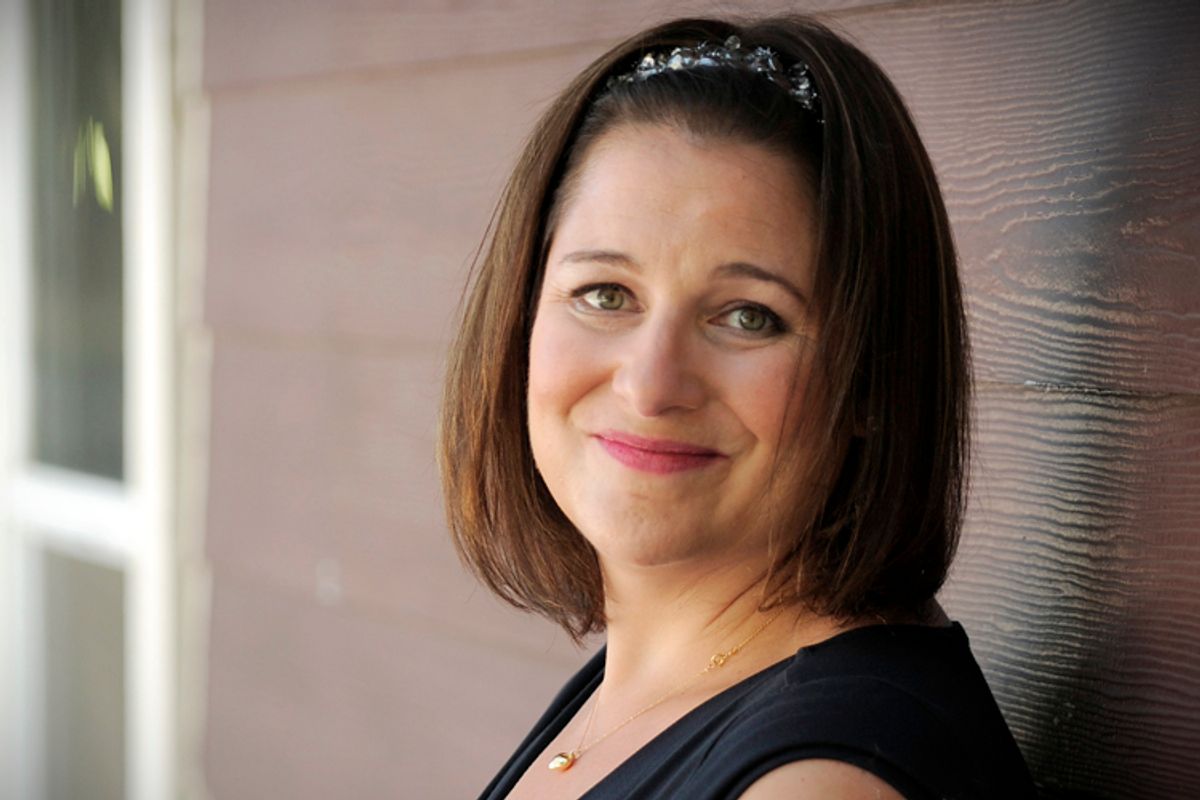 When Terry McMillan published "Waiting to Exhale" in 1992, it was a game-changer. It sold 4 million copies, spent 38 weeks on the bestseller list, and showed the publishing world that there was an audience for the stories of intelligent, successful, flawed and still-struggling women who were solidly middle-class and black.

When McMillan published a sequel, "Getting to Happy," in 2010, I watched eagerly to see how the New York Times would critique the work and locate it in the world of publishing. I’m a longtime McMillan fan, and the author of novels that, like McMillan’s, fall under the umbrella of "commercial fiction,” so I was doubly invested, and very hopeful.

I waited ... and waited … and waited. I waited while the daily paper ignored the book. I waited while the Book Review did the same. The only Times coverage McMillan received was a small, snide mention in the “Inside the List” column that discussed her contentious divorce as opposed to her work.

I shouldn’t have been surprised. The Times has a long history of ignoring commercially successful authors, preferring to focus on more literary fare, or the mainstream genre books that men read. Laura Lippman, who writes mysteries, gets reviewed, along with Harlan Coben, Dan Brown, John Grisham and Stephen King. But female authors whose books were about, and for, women, could fuhgeddaboudit. No matter how many books you’d sold, how many doors you’d opened for other writers, if you wrote romance, or “chick lit,” or “women’s fiction,” there’d be no soup for you.

Lately, though, there have been promising signs. In April, Pamela Paul became the 20th editor, and the second woman, to run the Book Review, and she was upfront about her desire to change the section’s dismal ratio of books by men that got reviewed versus books by women. There is clearly work to be done -- according to VIDA, last year 488 male authors were reviewed and 237 female authors were reviewed – and Paul got right to it.

She added a “By the Book” feature, which invited writers and personalities from Jhumpa Lahiri to Mary Higgins Clark to talk about what they read, what they loved and what they loathed. The number of female bylines increased, the number of women whose work was reviewed twice went up. Then, on Sunday, the Book Review unveiled a new design and a brand-new feature called  “The Shortlist,” which will consider “new books of interest grouped each week according to subject, theme or genre.”

For years, I’ve been wishing and hoping and praying and emphatically, repeatedly asking for something like this, telling the Times to play fair. If film critics covered rom-coms and popcorn films as well as art-house films, then the book critics should cover mainstream fiction as well as literature. If guys like Grisham and King got attention from the Book Review, then Nora Roberts and Jackie Collins should, too. “Just run roundups,” I would say. “Just do capsule reviews. Just throw us a bone.”

The backlash was immediate, as backlashes are these days. Some literary writers tweeted that they had little sympathy for the writers who dominated the best-seller lists also “dominating” the Book Review.

Except domination was never anyone’s goal. All commercial writers wanted was inclusion: a slice of the pie, a seat at the table, the message that the books we write were not written in invisible ink, that our readers were readers, even if they weren’t reading Times-approved books.

“We need reviews more than you do!” literary writers objected, pointing out that books with small print runs and negligible marketing budgets would be unlikely to snag attention like the latest blockbluster from Janet Evanovich, which would be prominently displayed in every bookstore, not to mention Costco, Wal-Mart, supermarkets and possibly gas stations across the land.

But book reviews were never intended to be literary charity. They’re there not for writers, but for readers to learn about new books, to make informed decisions about old favorites, to start discussions.

If only the needy got attention, the Review would ignore Jonathan Franzen or Jeffrey Eugenides along with insert-your-favorite-lady-writer-here.

Last but not least, the charity analogy ignores the unpleasant truth that is universally, if quietly, acknowledged in publishing circles – coverage in the Times does not guarantee book sales. I suspect that ignoring commercial fiction is part of the problem. Avid readers, who happen to avidly read books the Times ignores, probably gave up on the Book Review years ago. Readers who might have been tempted to read Benjamin Kunkel or Adelle Waldman or Teddy Wayne never did, because they never even saw the coverage. The Shortlist won’t fix things overnight, but it’s an important first step.

Throughout this debate, I’ve been resolute in holding the paper’s feet to the fire. I’ve also been the subject of headlines like “Jennifer Weiner Is Angry Again,” and “A History of Jennifer Weiner’s Literary Feuds,” or “Shut Up Already, Jennifer Weiner,” and “We Hear It Has Teeth.” OK, I made those last two up. But someone was thinking it. Probably.

Some of this has to do with sexism. As Claire Messud pointed out when discussing her latest novel, an angry woman is still an uncomfortable, destabilizing figure. Nobody likes it when she comes to the party. Historically, women who speak up get slapped down, with a vocabulary intended to keep them quiet. A man is emphatic, a woman is shrill. A man is determined, a woman is obsessed, hysterical, maybe even insane.

Some of it had to do with convenience.

If you don’t want the status quo to change – if you are an agent or an editor or an author who’s been well served by the paper covering what it covers – it’s easier to attack the person pushing for change than it is to refute her argument … and I gave the status quo’ers a big, juicy target. My last name alone was fodder for a thousand tweets (although when the best an MFA student can do is “whinyWeiner,” it does make me worry about where literature is headed).

And some of it, undoubtedly, was me.

Everyone wants to believe he or she is the hero of his or her own story. I’m no exception. I never thought I was being obnoxious or pushy or shrill – just determined, and fighting for something that mattered. For every complaint about the Times, I tried to tweet or blog about a book that I loved, preferably one the Times was ignoring. Were there things I could have said more thoughtfully, times I should have waited (and checked my German) before hitting the "publish tweet" button, unnecessarily caustic comments I made about other books and other writers? Yes. Were there times I went for the joke instead of the truth, or forgot that there are real people behind the monolith I perceive as the Great and Mighty Times, or conflated the fight for inclusion with the fight against disrespect for books like mine, or me, personally? No doubt.

If I gave offense, I’m sorry. I’ll try to do better. I recognize that “sorry if I hurt your feelings” is a weak apology, but it seems like the people who took offense have been too afraid to say so. I find this both hilarious and bewildering, given that in real life I am the least confrontational person in the world. I don’t even like returning clothes to Lands' End because I’m worried about hurting Lands' End’s feelings. Also, I drive a minivan, which I think makes me harmless by definition. Either way, if you want to talk, I’m jen@jenniferweiner.com, and I promise not to use any of my teeth.

I am lucky that I have the best, funniest, most helpful readers in the world. I’m lucky that my books have gotten attention from places that are not the New York Times -- like the Washington Post, where the attitude is “if it matters to our readers, it matters to us.” I’m glad I have a platform on social media. I’m glad that other writers and readers have taken up the gauntlet and pushed for change. Most of all, I am glad there were people at the New York Times willing to listen to their critics and make meaningful improvements. I’m glad that the Times, it is a-changing, and that this rising tide has the potential to lift many boats, literary and commercial alike.

Jennifer Weiner is a novelist.