It's time for black women to lead us, starting with NAACP president. Here's next generation of candidates (UPDATED) 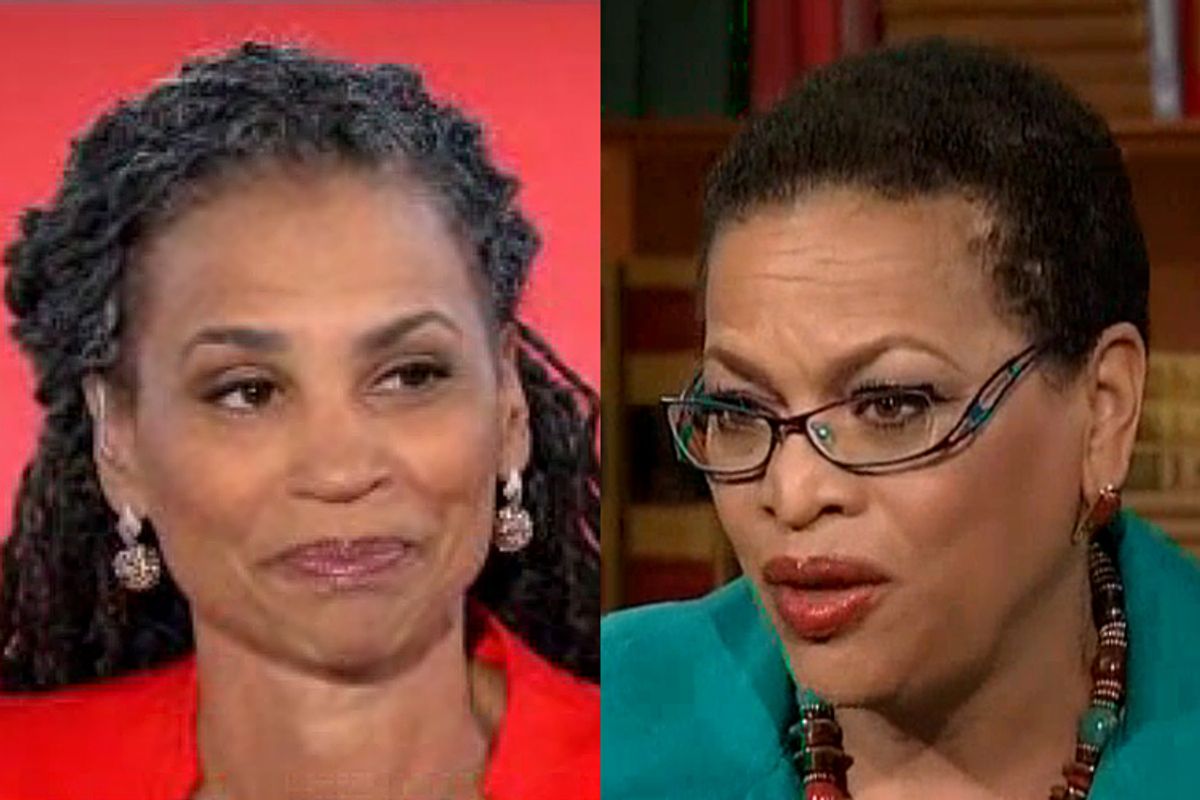 Facebook
Twitter
Reddit
Email
Ben Jealous’ announcement that he will step down from the leadership of the NAACP, the oldest Black civil rights organization, opens up a space for an African American woman to the lead the organization for only the second time in its 104 year history. Myrlie Evers-Williams chaired the Board of the Directors in the mid 1990s.
Though African American culture is still enamored with charismatic race men, the NAACP can send a great signal that a change has come by choosing an African American woman to head the organization. That only one woman in more than a century has had the opportunity is shameful.  That Ben Jealous forgot to name Myrlie Evers-Williams when speaking about the need for new leadership is even more troubling.

By all accounts, Jealous has reenergized the organization, with several years of double-digit financial growth, a significant increase in membership, and a move toward coalition building with LGBTQ organizations, labor unions and public education advocacy initiatives. However, his departure seemingly comes as a surprise to the NAACP board of directors. Black organizations, like black churches, don’t always adjust well to change, particularly given a new generational mind-set in which people do not remain in any kind of organization – job, activist or religious — out of a sense of tradition or brand loyalty.

It may therefore be difficult for the organization to choose a woman – despite how absolutely unradical that choice is in 2013. But if the organization is to remain relevant, the time is now.

As a former NAACP youth chapter vice-president and college chapter officer, my thoughts on the NAACP range between ambivalence and indifference. Yet it is the interest and membership of people in my age group (35 and under) that are necessary for the health and vitality of the association. I lost interest back in college when it seemed that our primary political advocacy strategies were limited to letter-writing campaigns and marches.

Local NAACP chapters are critical to capturing the hearts and minds of young people. These local outposts are to young politically minded black people what church choirs are to aspiring R&B singers – a training ground. Moreover, these local organizations are often the first political body that receives a phone call when a racial injustice has occurred. The political significance of that cannot be discounted. However, this important local work does not always translate into a cohesive national agenda. A new leader would have to work even more vigilantly, assuredly with the assistance of a comprehensive digital strategy, to bridge that gap.

In many ways, the NAACP is like your childhood bedroom – it remains there, anchoring you firmly to a place of belonging. You don’t visit it often, but if it weren’t there, you would lose some sense of orientation to the world, some sense of who you are and from whence you’ve come. This is an idyllic metaphor, but it is not the way we should either describe or think of a 104-year-old civil rights organization that has been a bulwark of political organizing in African-American communities.

Though African-American culture is still enamored with charismatic race men, the NAACP can send a great signal that a change has come by choosing an African-American woman to head the organization. That no woman in more than a century has had the opportunity is shameful. Moreover it reflects a continued distrust of female race leaders. Despite the fact that black women are one of the most politically engaged demographics particularly regarding racial issues, having disproportionately outvoted all other demographics in the 2008 presidential campaign, there is still a strident distrust of black women running movements. This won’t do. Not if black politics will have any political resonance in decades to come. Moreover, among many other commemorative moments this year, Sept. 15marks the 50thanniversary of the 16thStreet church bombing that killed four little black girls in Birmingham, Ala. A fitting tribute to their memory would be the naming of a woman to this post.

There are several stellar black women leaders who could lead the NAACP in a new direction. Stefanie Brown James, a former national field director and youth and college director of the NAACP and the director of African-American voting for the Obama 2012 campaign, has a long history with the organization, an ear to what drives African-American communities, and a talent for energizing people. Aisha Moodie-Mills, a senior fellow at the Center for American Progress, who melds LGBT activism with a host of progressive causes, would represent a significant organizational shift.  When I crowdsourced a list of potential nominees from my progressive colleagues, Maya Wiley’s name came up more than once. President of the Center for Social Inclusion, she has an impressive résumé as a civil rights attorney and public advocate. She has worked for the NAACP Legal Defense Fund and thinks broadly about practical remedies for structural racism. Professor and attorney Sherrilyn Ifill, who is newly named president and counsel-director of the NAACP Legal Defense and Education Fund (a separate entity), would also make an excellent candidate. Finally, the NAACP would benefit from the incisive thinking and advocacy of a figure like economist and former Bennett College president Julianne Malveaux.

Race women have been critical to the survival and thriving of black communities and black institutions through steadfast membership and consistent financial support. Given its symbolic import in our thinking about racial leadership, if the NAACP, the most venerable of black political institutions, threw its support behind a dynamic, progressive, trailblazing sister with an empathic understanding of the culture of black institutions, we could see a moment of cultural shift that we so desperately need. It would signal that black women are no longer good only for putting their bodies in the room and bringing only their pocketbooks (and not their ideas) to the table. The time for change has come; let us be vigilant in making sure the NAACP answers the call.

Update: Initially this post suggested a woman had yet to lead the NAACP. It's been amended to reflect that Myrlie Evers-Williams did in the mid-1990s.