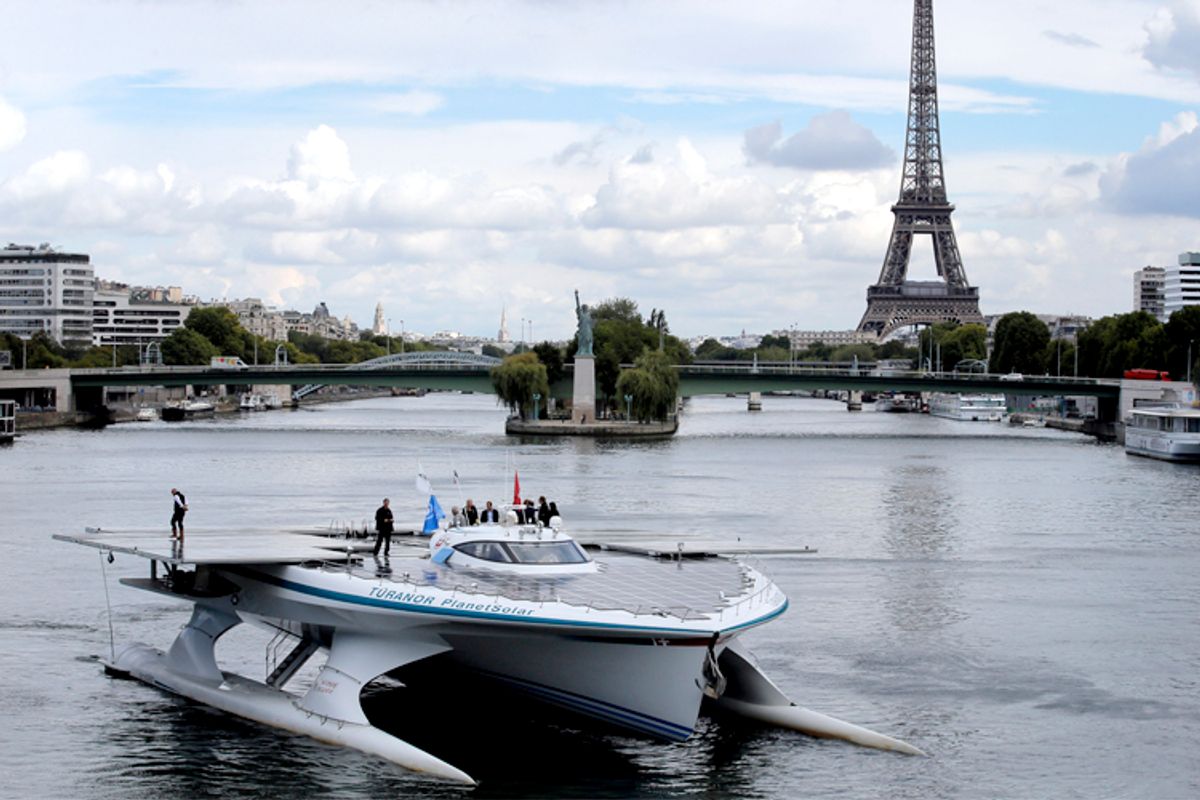 The 102-foot-long, $20 million Turanor PlanetSolar, the world's largest solar-powered boat, glided into Paris today. Its trip, which began in Miami in June, was entirely fueled by its 800-plus solar panels.

The boat has major nerd cred. The name "Turanor" is derived from the Elvish word for "power from the sun" -- a nod to "The Lord of the Rings." According to the AP, it "looks like one of Darth Vader's TIE Fighters turned on its side." And it made its emissions-free trip across the Atlantic on a "scientific expedition" that involved taking plenty of air and water samples.

Turanor already made it into the record books last year when it successfully circumnavigated the globe. And it already set, and then broke, a record for fastest solar-powered crossing of the Atlantic. This latest voyage, though, wasn't about speed. The six researchers aboard were trying to better understand the relationship between the Gulf Stream and climate change. Running on solar was particularly advantageous to their work, they explained to CNN: "The fact that the boat doesn't create any pollutants means what we measure is as natural as possible."