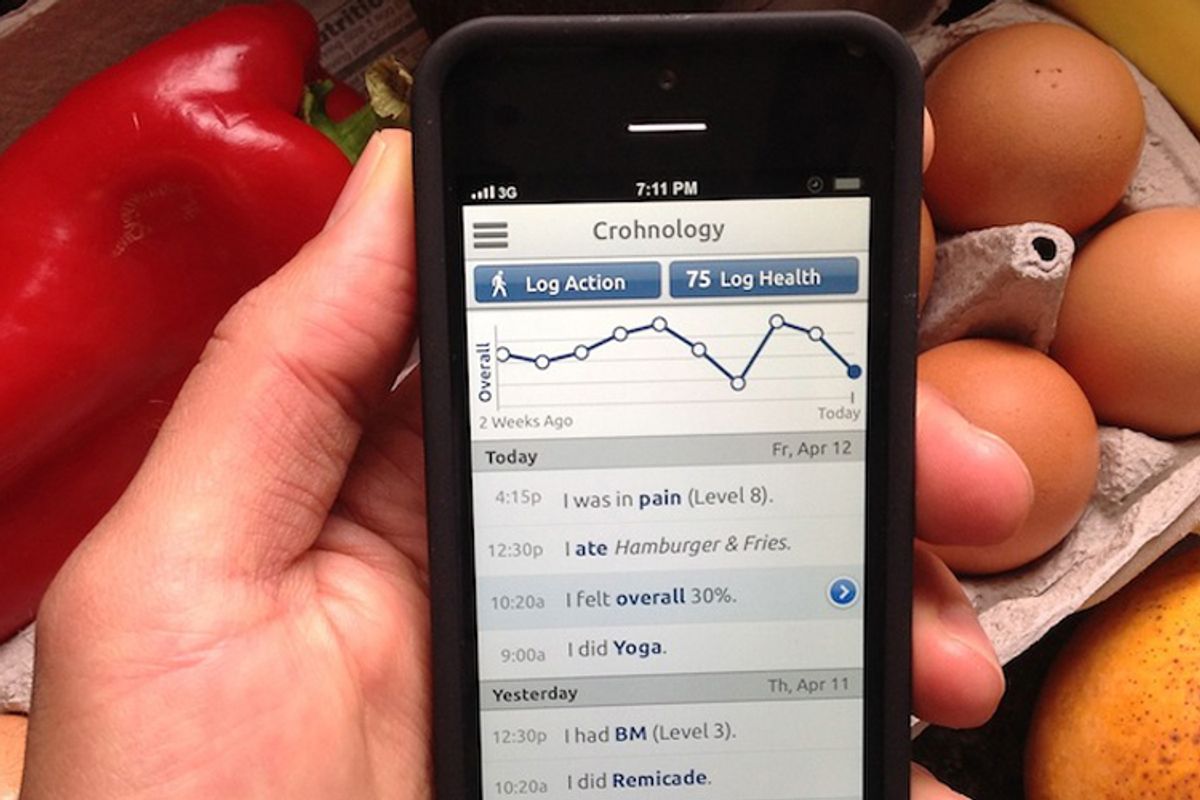 Not long ago, Sean Ahrens managed flare-ups of his Crohn's disease—abdominal pain, vomiting, diarrhea—by calling his doctor and waiting a month for an appointment, only to face an inconclusive array of possible prescriptions. Today, he can call on 4,210 fellow patients in 66 countries who collaborate online to learn which treatments—drugs, diets, acupuncture, meditation, even do-it-yourself infusions of intestinal parasites —bring the most relief.

The online community Ahrens created and launched two years ago, Crohnology.com, is one of the most closely watched experiments in digital health. It lets patients with Crohn's, colitis, and other inflammatory bowel conditions track symptoms, trade information on different diets and remedies, and generally care for themselves.

The site is at the vanguard of the growing "e-patient" movement that is letting patients take control over their health decisions—and behavior—in ways that could fundamentally change the economics of health care. Investors are particularly interested in the role "peer-to-peer" social networks could play in the $3 trillion U.S. health-care market.

"Patients sharing data about how they feel, the type of treatments they're using, and how well they're working is a new behavior," says Malay Gandhi, chief strategy officer of Rock Health, a San Francisco incubator for health-care startups that invested in Crohnology.com. "If you can get consumers to engage in their health for 15 to 30 minutes a day, there's the largest opportunity in digital health care."

Experts say when patients learn from each other, they tend to get fewer tests, make fewer doctors' visits, and also demand better treatment. "It can lead to better quality, which in many cases will be way more affordable," says Bob Kocher, an oncologist and former adviser to the Obama administration on health policy.

Ahrens, a 28-year-old Web developer who was diagnosed at age 12, says he created the site out of frustration. Billions are spent testing drugs in elaborate clinical trials. But would a simple dietary change bring greater relief? Doctors often don't know because no one has studied the question.

"As a patient, it's extremely important to me to get the right information to treat my condition that's unbiased by economics," says Ahrens. "Unfortunately that's not the world we live in." He says he built the site "to give the power to patients to study things that weren't currently studied."

The causes of Crohn's are unknown, no certain cure exists, and the drugs given to alleviate the symptoms can be alarmingly toxic. Symptoms wax and wane unpredictably.

Members enter their medical histories on the site and then use it, or phone texts, to track their symptoms and treatments, sometimes hour by hour. The data are presented as easy-to-understand graphs. Users get "karma points" for answering questionnaires and can also initiate site-wide studies.

Among the insights gleaned so far: beer is the worst thing a Crohn's patient can consume. "It's difficult to tell what you should and shouldn't eat when you have Crohn's," says Ken Spriggs, a data analyst in Fort Collins, Colorado, who was diagnosed in 2001. "I always thought that beer was bad for me, but the survey results gave me a lot of confidence that this was causing a problem."

Spriggs, who stopped taking medication last year, uses the site to fine-tune his dietary restrictions. "The list is pretty long," he notes.

Patient communities need revenue. Most are trying to get it by helping to streamline pharmaceutical studies, as the process of finding volunteers for drug trials can be costly. Ahrens says August was Crohnology's first profitable month, thanks to an undisclosed customer who paid to reach patients on the site.

Sites like Crohnology could also contribute to lowering expenditures on unnecessary treatments, or ones that work poorly. "We need to understand what works and what doesn't—what's known in the industry as real-world effectiveness," says Rock Health's Gandhi. He thinks sites where people record their experiences daily or weekly might be the key. "We're getting a level of resolution on patient data that we've never had before."