In an open letter, the pontiff reaches out to a nonbeliever 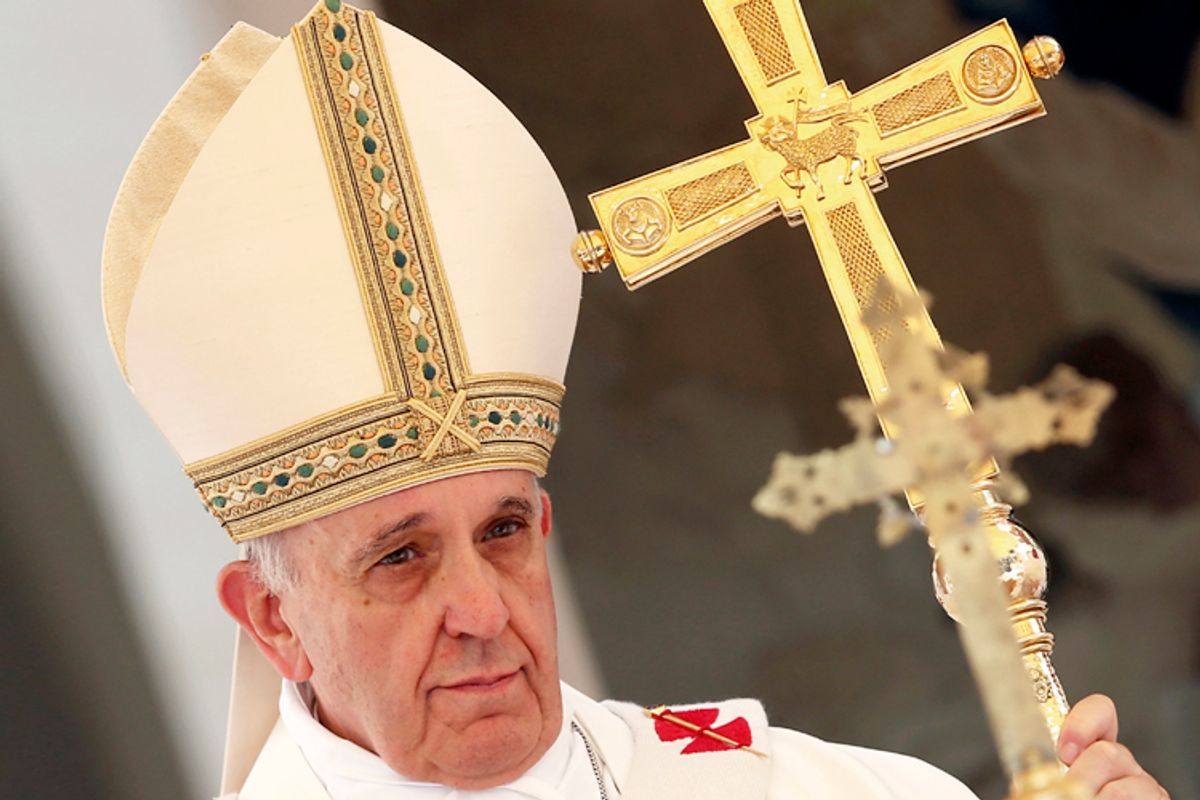 In just his first six months on the job, Pope Francis has distinguished himself as the pontiff most likely to go rogue. This, after all, is a man who just got a used car to tool around in. Last May, during a Vatican radio message, he called atheists "precious allies" and told them, "Do good: we will meet one another there." Now, in a letter to nonbelievers in La Republica, signed simply "Francesco," the pope continues on his apparent quest to make Vatican higher-ups go a little bit apoplectic.

The letter was a response to the paper's editor Eugenio Scalfari, and a call to spark "a sincere and rigorous dialogue" between Christians and atheists. Obviously, the man whose work uniform includes a big pointy hat isn't going to go all, "Maybe this God thing is a bunch of hooey." But what Francis did offer was a seemingly sincere and respectful attempt to find common ground. "The question for those who do not believe in God is to abide by their own conscience," he wrote. "There is sin, also for those who have no faith, in going against one's conscience. Listening to it and abiding by it means making up one's mind about what is good and evil." Oh right! Free will! Always a good idea.

His words may not change anybody's mind on belief. But what they do is tell the world a prominent religious leader understands that no one group has a monopoly on morality, that it belongs to all of us. It's a reminder to Christians to not be arrogant or self-righteous. The call to conscience is one we all have to heed, however it manifests in our lives and philosophies. And tolerance is a value we can all share.