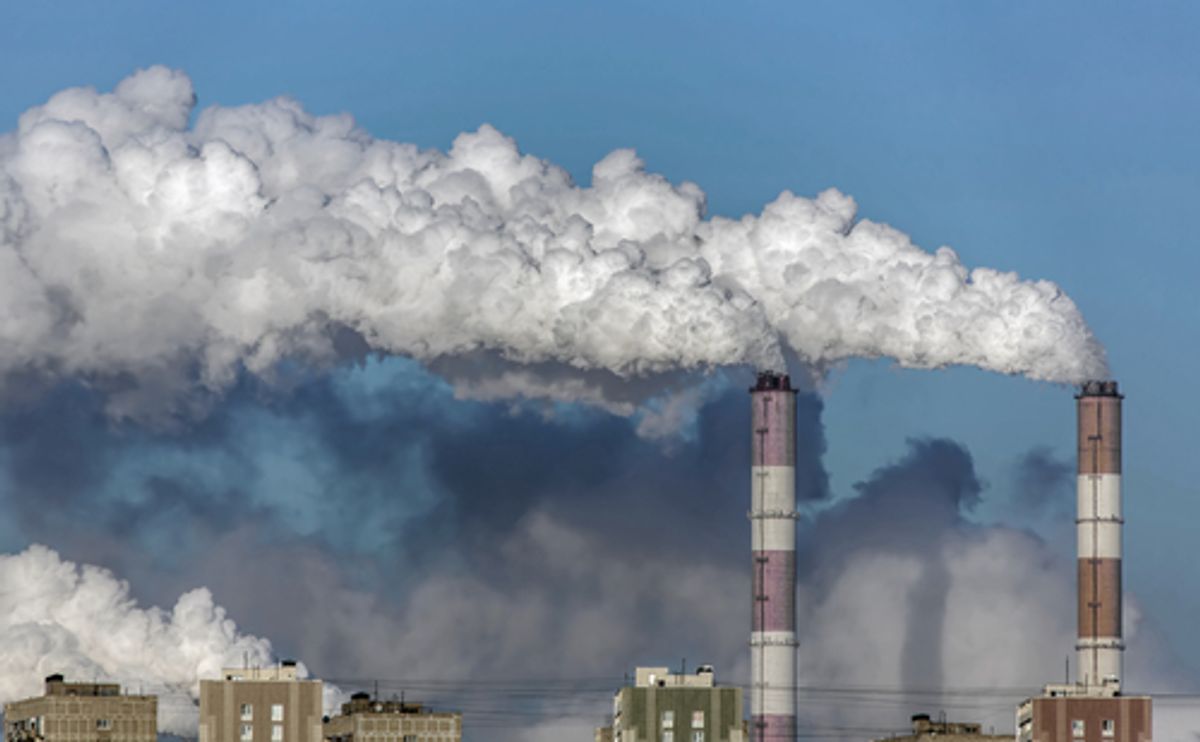 President Obama is preparing to release strict regulations for coal-fired plants next week. The rules, revisions to an earlier proposal from the Environmental Protection Agency, seek to curb carbon emissions and, according to Bloomberg News, are the first of their kind. They'll include, for example, a requirement that new plants install carbon-capture technology -- an expensive proposition that, according to representatives of coal utilities and producers, is the basically the same as outlawing new plants altogether. From Bloomberg:

Low-cost natural gas is leading utilities to build new plants using that fuel and shutter coal-fired plants. The effect of the new standard would lock out coal over the long term, said Scott Segal, a lobbyist for utilities.

“Once you set something in stone, you discourage investment in that sector, and you take a flexible market and ossify it,” Segal, a lawyer at Bracewell & Giuliani LLP in Washington, said in an interview. “The market price of natural gas can change” but regulations don’t, he said.

According to lobbyists for coal, the regulations will make it impossible for coal plants to compete with natural gas, which is much more easily able to meet the emissions standards, without having to resort to carbon-capture technology. Wind power, too, is a looming threat to the industry, according to the EPA.

In practice, according to Bloomberg, the rule isn't likely to have much of an effect, as competition from cheaper forms of energy were already preventing the construction of new coal plants. Obama was able to brush aside a vigorous lobbying campaign this time, but the real controversy will come at the next step in the process, as he pushes to cap carbon emissions from existing plants next year.