What the media gets wrong about a woman's murder

A brutal gang rape took a Delhi woman's life -- so why don't the headlines reflect that? 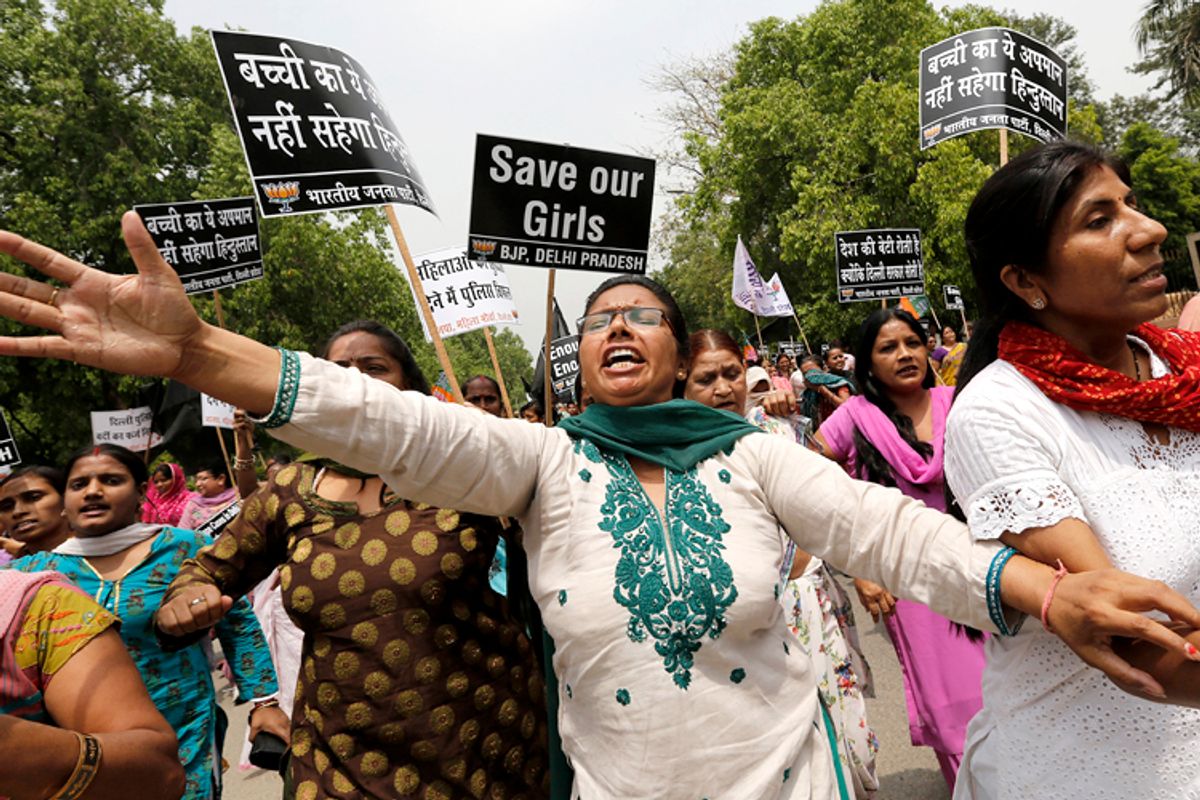 On Dec. 16, 2012, a 23-year-old woman boarded a bus in Munirka, New Delhi, with a male friend. There, the driver and "at least five other men" beat her companion, and they beat her, raped her repeatedly -- including at times with an iron rod -- and then tossed the two of them from the bus. The woman died from her "massive internal injuries" 13 days later. Let me say that again: She died. Everything that she had in the world, everything that she could have been, was taken from her by those men. And I want you to know that and remember that, because this is more than what's become known as what CNN calls "the Delhi gang rape."

On Tuesday, four of the men involved in the attack were found guilty of her rape and murder. (The bus driver, Ram Singh, was found dead in his cell in March, and a juvenile court convicted a teenage suspect on Saturday.) Prosecutors are now seeking the death penalty. And if you look around at the coverage of the case, you might be forgiven for not noticing that this has been, from the beginning, a rape and murder story. Look at the news this week alone. The Guardian, in an otherwise illuminating story on the suspects, couched it as one about the "Delhi rape." The BBC headlined the news as "Indian media praise 'historic' Delhi gang rape verdict" and ran it with a photo of a protester carrying a sign that read "Death for rape." The Wall Street Journal noted that "Indian Prosecutors Seek Death for Men Convicted of Delhi Rape," though it did also, to its credit, call it a "Fatal Gang-Rape Case." NPR ran a "Timeline: The New Delhi Gang Rape Case." The Washington Post called it the "New Delhi bus rape case." The Associated Press said that "Prosecutor Calls for Death in Delhi Bus Rape Case" and described "all four convicted rapists." That "the woman died two weeks after the attack" was mentioned in the third paragraph. That's still better than the Daily Beast, which Thursday ran a piece by Dilip D’Souza on "the unspeakable gang-rape," called "When India Wants the Rapists Hanged." The information that "two weeks later, the young woman died" appeared in paragraph five. In the piece, D’Souza said that "Killing the men won’t change the entrenched attitudes toward women that make rapes and other sexual abuse conceivable," which is a fair enough sentiment, but one that once again all but skips over the fact that this case is not only about sexual abuse. And the headlines declaring it the "rape" -- just the rape -- go on and on. Financial Times. Al Jazeera. Bloomberg. the Independent. L.A. Times. New York Times. Even the incident's Wikipedia page calls it the "2012 Delhi gang rape case." So thank you, Reuters, for at least sometimes noticing that "Four face death for ‘cold-blooded’ murder of Delhi gang rape victim."

The prosecution is not pushing for the death penalty for a rape. They're pushing for it for a rape and murder. So let's move that info a little higher up in the news, shall we? I swear it's not that hard. Yes, headline space is always at a premium; I get that. But if you can mention the bus in the headline, I'll bet you can find a way to broadcast that these men, by the way, killed a woman. And if you are aiming for a broader picture about the epidemic of sexual assaults, you might actually have a stronger case if you said that they can result in death. When I recently asked a friend who's written extensively on the Amanda Knox case about the strange headline problem, she said, "Sex sells. I notice this in murder cases. The woman is dead, attention is on the sexual assault." It's a wise theory, one that may also explain the mainstream media's penchant for lightly describing rape, pedophilia and sex abuse as "sex scandals."

The death of the victim was the end of the story that began for her on that December night. It's a narrative that starts with her barbaric gang rape. But the gang rape is not the entirety of the story. Just because she didn't die right away doesn't diminish the horror or the importance of that crime. It does a disservice to her memory to gloss over her murder. It minimizes what happened to her, and what happens to women all over the world, who are brutalized and tossed aside and die every day. And the woman who was raped -- and murdered -- deserves better than the world forgetting her fate.