What GOP's dysfunction means for progressives 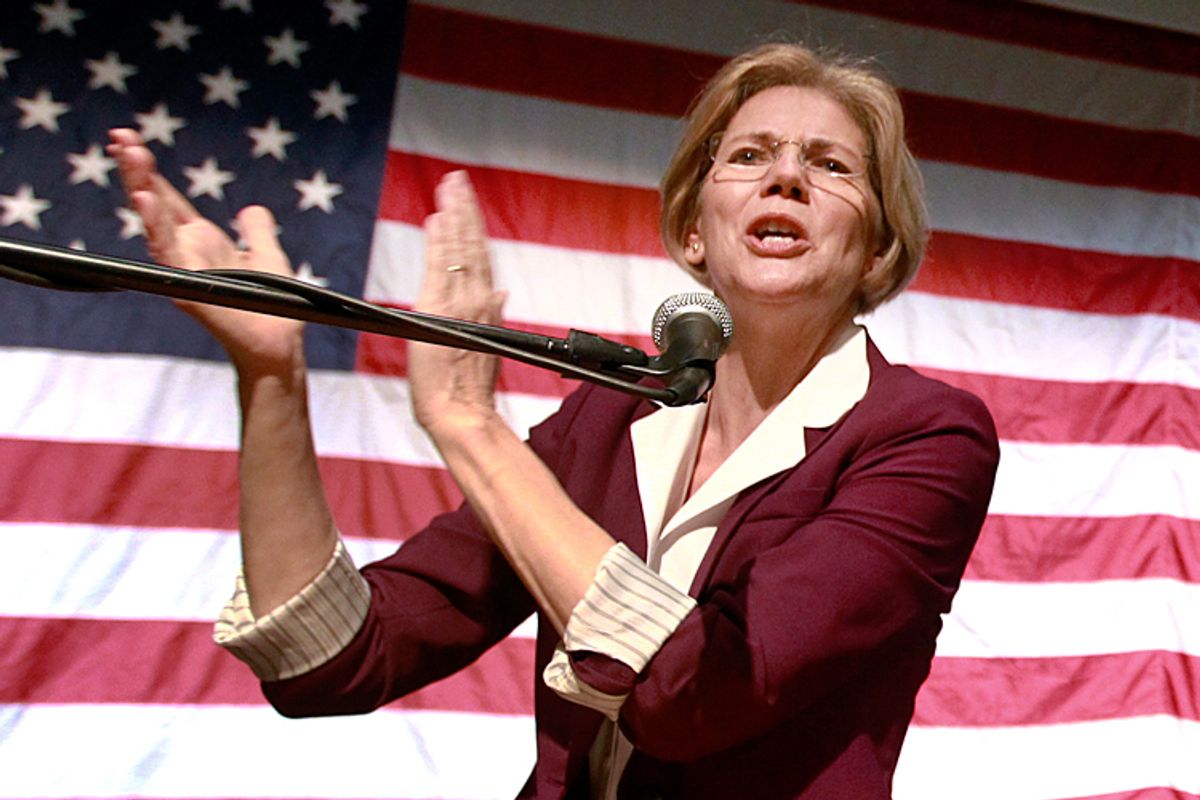 By now you're probably tired of hearing me drone on about how the Republicans' obsession with Obamacare is rendering them incapable of doing anything at all -- even cutting the budget against the Democrats' will.

But don't mistake that for a mirror image claim that Democrats will win an unalloyed victory, or are prepared to make many firm demands of their own. There's still a decent chance that Republicans will walk away with free concessions from the other party, more or less as a result of their dysfunction.

For the time being, all Democrats and their supporters can do is sit back and wait for the GOP to try to get its act together. If House Speaker John Boehner somehow pulls off the unexpected, then Republicans will probably walk away with a substantial victory.

But if the hard-liners in the Republican House can't be appeased with symbolic votes to repeal Obamacare, Democratic leaders need to decide how hard a bargain they want to drive when Boehner comes crawling to them for votes.

Here's the full back story. The short version is that after substantial pleading, House GOP leaders failed this week to round up 217 Republican votes for a bill that's dressed up as a plan to defund Obamacare, but is really a subtle effort to make sequestration level spending on domestic government programs the new normal. Conservatives are balking at any spending bill, no matter how stingy, unless it makes funding the government contingent upon President Obama destroying his own healthcare law.

The way things stand right now, it doesn't seem like GOP leaders will be able to convince enough members to change their minds. On Thursday, Rep. Tim Graves, R-Ga., introduced a government funding bill that makes the defund-or-shutdown choice explicit, and 42 of his colleagues signed on with him. Boehner's margin for error is about a dozen.

If he pulls off the unthinkable, then Republicans will walk away with a pretty big win, at the expense of all the constituencies -- from scientific researchers to poor children -- counting on sequestration to eventually come to an end. The Senate will reject a measure to defund Obamacare, but Democrats have no feasible means of increasing the spending cap in the bill and will have to pass it. That or they'll have to shut down the government.

The interesting question is: What will Democrats do if and when Boehner fails and Nancy Pelosi sits down with him to negotiate a compromise?

Their opening bid, introduced by Rep. Chris Van Hollen, D-Md. (PDF), is pretty strong. It would pay down sequestration for a year by cutting agriculture and oil company subsidies, which would be a huge relief for programs across government, most of which have been struggling with indiscriminate budget cuts for half a year. Congress could extend the existing funding rate for a couple of months while appropriators put together a more comprehensive annual spending plan, tailored to the current needs of federal agencies.

Republicans aren't likely to agree to Van Hollen's proposition, though. And unless an alternative arises, Democratic leaders are going to have to determine their inner limits. One option would be to effectively change the dates on the government's current budget. But that would still leave agencies stuck with badly outdated appropriations. That means there's room to deal, and at least some chance they'd be willing to accept Boehner's proposal to bake sequestration-level spending into the baseline. If only temporarily.

"It would have to be a very short time, and that is part of our discussion: What is the timing? Would there be an omnibus? Would there be minibuses that come next? You know, what comes next?" Pelosi said at her Thursday press conference. "So, I, myself, think that we have agreed. I am speaking for myself now, that we have agreed to the bipartisan Budget Control Act that called for $1.[0]57 trillion. This proposal is a sequester proposal that is $988 [billion]. Even if we could split the difference it would ease the pain for a lot of people in our country and again reduce the impact on job creation."

It sounds like she's saying Dems could swallow Boehner's spending threshold, or maybe something slightly higher, if he agreed in advance that it would be temporary, and then followed by a more intelligent, bipartisan budget for the country.

"[T]hat is the correct question," she told reporters at a Thursday press conference. "That is what we should be talking about right now, is what number we are willing to keep the government open at. I wish that was the number that we were sitting down and negotiating over and not over whether they're going to repeal Obamacare or shut down the government or do whatever else they're going to do to create a crisis."

As it happens, Pelosi and Boehner, along with Harry Reid and Mitch McConnell, sat down together in a rare meeting yesterday to begin sorting out these very issues. If House Republicans don't pull off some sort of internal miracle this weekend, it doesn't look like Dems plan on getting snookered. The question is whether they'll lock in the best deal that they can get.