An angry customer's phone call went viral this week. But the Internet has plenty more 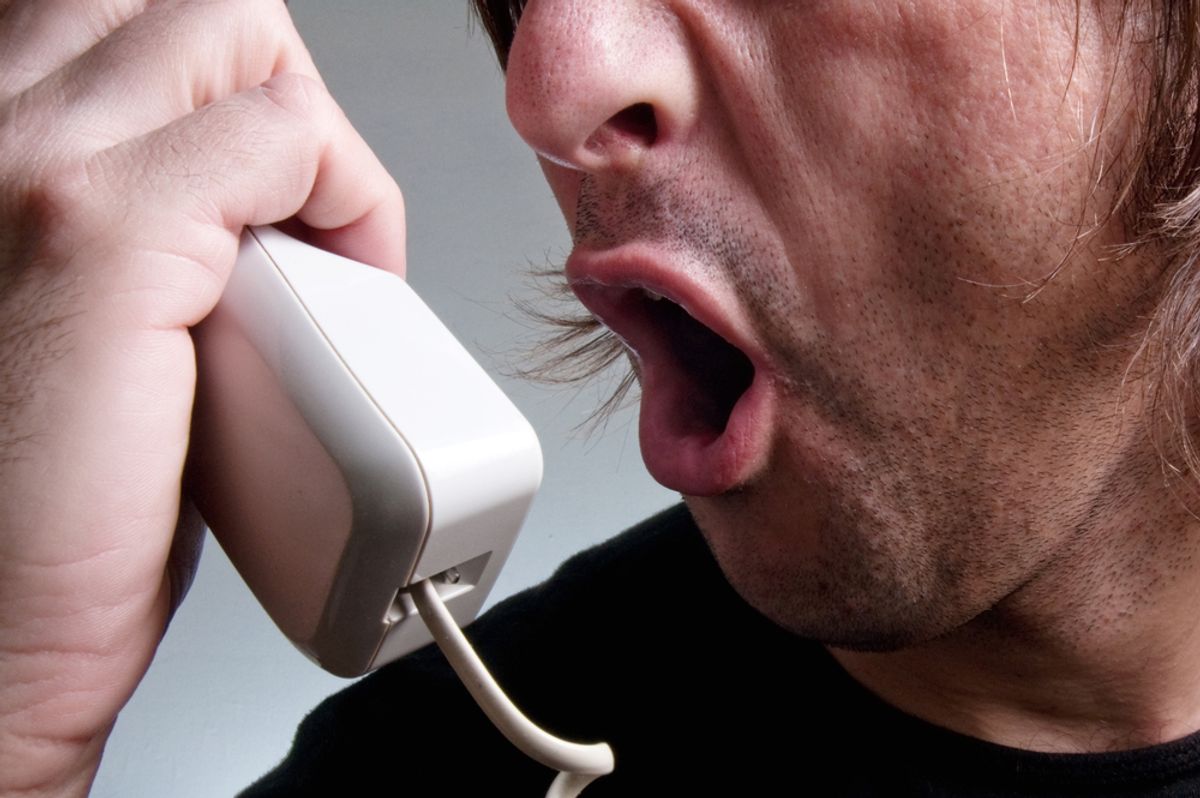 Earlier this week, one of the best recordings of a customer service call gone wrong hit the Internet and went viral. The phone call, eight minutes of a man having what seemed like a midlife crisis because he was put on hold for the better part of three hours, was so ridiculous that its veracity is still disputed. But the Internet has a rich history with similar customer service phone calls, where unintentional comedy so easily develops when two strangers, one following procedures mandated by a faceless corporation, and another who is short on patience, are pitted against another. Here are five ridiculous customer service phone calls, some funny, some satisfying and some sad, that will help put the pressure of a rough work week in perspective:

HOW DO I SHUT DOWN THIS COMPUTER

A man calls a customer to "JUST SHUT THIS [COMPUTER] DOWN RIGHT NOW!"

After listening to a minutes-long tirade, a customer service representative suggests holding the power button down "for 10 seconds." This seems to work. The computer is now shut down.

Unfortunately for the rep, the man's anger is not. Projecting his anger with himself onto the customer service representative, the man yells, "YOU'RE NOT HELPFUL," and hangs up.

You want to buy a computer, little girl?

"I'm not a mathematician"

An oldie but a goodie: In 2006, a man named George Vaccaro recorded a dispute over a bill with a Verizon manager, in which he patiently explained that .002 cents is not the same as .002 dollars. "I don't know," she said, "I'm not a mathematician." "Obviously, it's a difference of opinion." Because, science!

"Yes, this is a threat. A legal threat."

Despite the clip's warning that "this is freaking hilarious!" it's a bit hard to stomach in full; the telemarketer deserves a medal for not losing his cool at a woman who calls him a terrorist, a rapist and a criminal. She also threatens to audit his taxes (?). Bravo, telemarketer guy.

The pizza with no toppings

A Welsh man, taking a stand against the brutal injustice of purchasing a pizza with zero toppings (not even tomato sauce!), calls British food chain ASDA to demand that a replacement pizza be delivered lest he go hungry. Midway through his crusade, he discovers that he opened the box upside down. Oops.