I had it in me to kill him

I wanted to save my mother from her husband's savage beatings. We ran away, but I waited for the day he'd find us 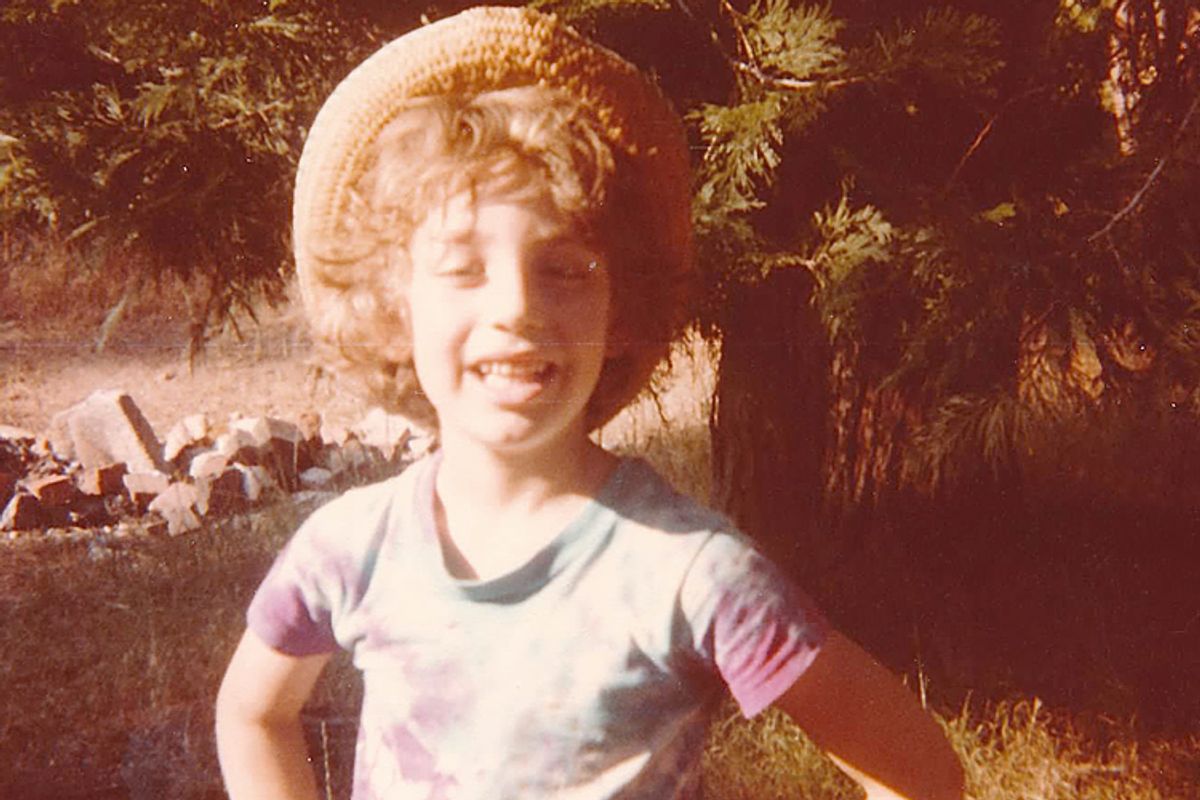 When I was 9 years old, we didn’t eat meat -- my mother and me -- because we were vegetarians. But once my stepfather, Leopoldo, entered our world, we had meat in the house. Steaks. In the refrigerator. We eventually bought them every week, whether my mom needed them or not. I learned how meat feels, but not how it tastes. Cold, thick, rubbery. Subtly etched like the spirals of my fingerprints. Its raw face came pressed against the shrink wrap, pinning it down into the curling yellow Styrofoam.

It's funny how raw meat heals raw meat. The cold steak reduced the swelling on my mother's cheekbone, tenderized from a night soaked in alcohol. Cold steak on the puffy protrusion that threatens to swallow her right eye, blackened for looking at other men. Cold steak on her lips, cracked for talking back. Her face was a disaster. But, the cool moist flesh drew down the pain, the discoloration, the swelling. It was funny how this dead flesh gave life yet.

I wanted to be like that piece of dead flesh. Cool and collected, I wanted to suck at her wounds. To draw out the poison of her injuries. I wanted to lay hands on her and to take all her pain and suffering into myself, leaving her whole and refreshed. I wanted to enliven this face, this face ravaged by another, angrier face.

A Leopoldo face now sitting silently across the room, open with remorse. Even when he was sorry, Leopoldo scared me. His body was always tightly coiled, ready to strike out. He was sinewy and strong. Scars flecked his moody surface -- here from a knife, there from broken glass. One of his impossibly rounded biceps had a jagged dark bullet scar. And he carried a bullet fragment in his lower back -- he still felt it whenever he crouched down or jumped up.

At night my mom held me tight and swayed with me, back and forth until I felt that I would carry that embrace with me forever. She took her glasses off to nuzzle my neck with her nose. Her face was clear and bright, framed by a halo of dark curls. She tucked me tight and kissed me on the forehead. Rising and turning off the light. I called out into the darkness, "I love you, Mom!" And she said, "I love you too." And then she closed the door and I was alone. And she was not alone.

There was a man out there, waiting for her. This man nourishing his demons with green bottles of malt liquor. He yelled at her, accused her, threatened her. And then, as often as not, he began hitting her. Really beating on her. She screamed in her defense. Or pleaded with him to stop. Or promised to do, or not do, whatever it is. And dishes broke and things were thrown and knocked over. Impacts to walls and floors made booms and crashing sounds. And his palms and his fists and his feet made slapping and thudding sounds against her body.

Where was I? I was casting about my room in a panic. Grabbing at one thing and then another. Searching for some object, some strategy, that I could use. Clutching first a book and then a trophy and then a toy bat. What the hell could I do? I was just a little kid, right? Well, I was 9 and 10 and 11 and then 12. Was that so little?

I started crying. Would this be the time that he killed her? Or, would this be the night that I would go out and protect my mother? What would a man do? I was her son -- her only son. I pretended to ask myself, "Why don't I ever remember to hide a kitchen knife in here?" But I knew that I was completely and totally impotent. I was leaving my mom to die.

As it was, I always did the same thing. I calmed down. I knew it was important to calm down.

I climbed back into bed and hunkered down beneath blankets and pillows. I muffled the sounds of my mother’s destruction. At first I used to cry myself to sleep, but the sounds became too routine to bring tears. I suppressed the churning in my belly and the lump in my throat. As she taught me, I projected my spirit beyond the stained walls into the swirling mists outside where the nature spirits were waiting for me. My soul would skim the surface of the Earth and hover in happier places around happier scenes. And like that, I tricked myself into sleeping.

He didn’t hit me, but he knocked me around, mocked me, threatened me. By the end I had a nervous eye tic. He liked to count out loud the mistakes that I was making when I made him dinner. He had me on all fours, picking grains of rice up off the floor.

I was 12 years old when I confronted him. I realized I finally had it in me to kill him.

He didn’t even look upset. My time had simply come. He calmly, almost casually, punched me in the mouth. I flew backward, crashing into the couch. But I bounced right back up. My upper lip bloody and numb.

And magically he did get out. He stormed out. And in that moment, my mother shattered her way back into sanity. It was somehow OK for him to beat the shit out of her. But not me. Not her boy. So, we packed -- fast -- and we ran. That summer, we hid out in John and Susan Oliver's basement. I saw John peer out protectively whenever we heard cars coming up the driveway. But that was all for show. John was woefully scrawny. Leopoldo could snap his neck like that.

But Leopoldo didn’t find us that summer. And then we moved up farther north -- to the woods in Skagit County. By then, I was 13 years old, and I was strong. And now I hoped he did find us. I waited for the day. I eventually prayed for the day that he'd find us. I had a semi-automatic M-14 rifle with a 10-round clip. And I had knives -- everywhere -- in my bed, my boot, my backpack, my book bag. I was Rambo! And I was ready to fuck him up. I fantasized about it.

But he never did find us. He never found me waiting for him.

Years later, I found myself as an attorney with a new client in a maximum security prison for women. We are going down the list of questions, and I asked her what her batterer would typically do when he was done whipping her. And she told me that he would gently tend to her wounds with witch hazel, doctoring the red welts on her brown skin. He kept steaks in the fridge to heal her. The meat brought down the swelling. I stopped writing, and we both looked into the distance past the bars on the window.

And she said: "Isn't it funny how raw meat heals raw meat?"

I agreed that it was funny.

After a pause, she started thanking me again for taking her case. "I was a stranger to you," she said. "You didn't even know me and yet here you are."

I believed her. I believed that, unlike me, this "convicted killer" never wanted her batterer dead. And there -- in the prison -- I was finally thankful that he never did find me, waiting for him.

Joshua Safran is a nationally recognized champion for women’s rights, whose advocacy was featured in the award-winning documentary "Crime After Crime." His memoir, "Free Spirit: Growing Up On the Road and Off the Grid," is out now.