Paris just wants to be Brooklyn: A radical reinvention aims to fix the City of Light

As artists and young people find themselves priced out, or surrounded by chain stores, Paris plans a hip new future 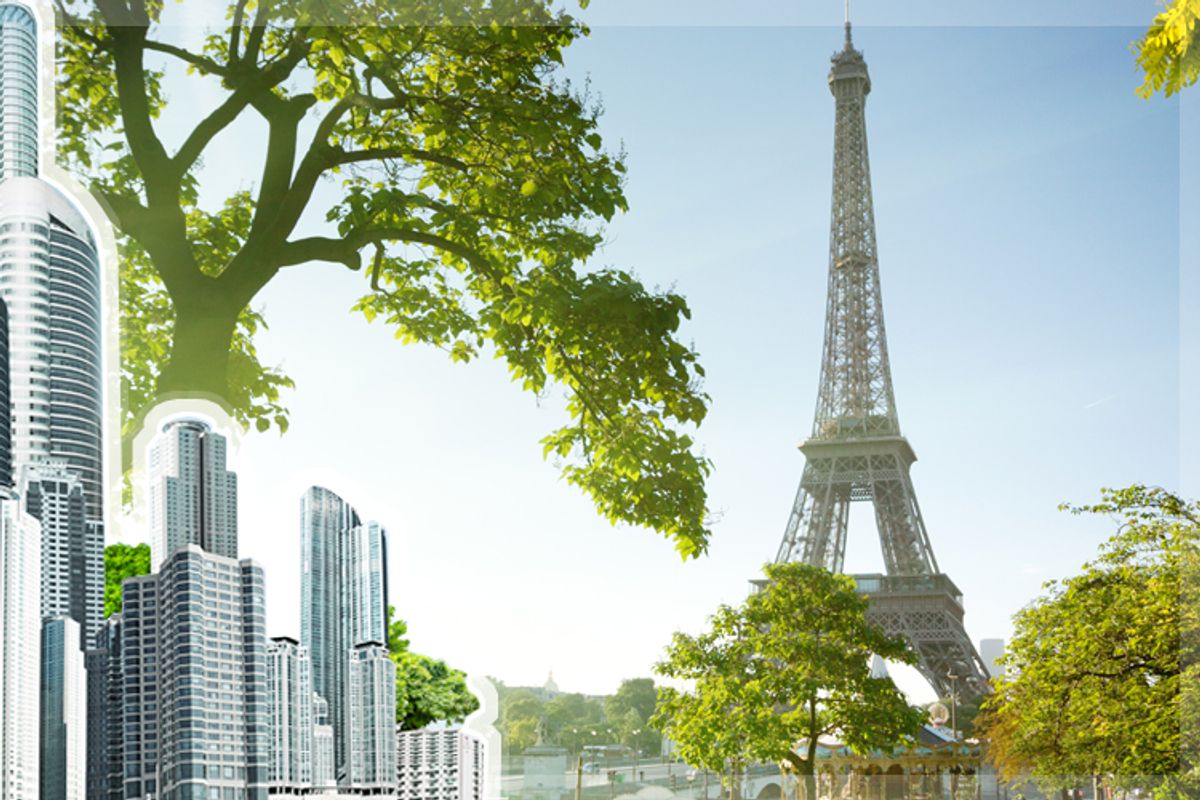 Something isn’t right in Paris. From the bar-tabacs to the bookstores, a malaise has settled on the city like a winter fog.

True, uneasiness is a Parisian character trait, whether expressed through stubbed-out cigarettes or pried-up cobblestones. Pessimism is surging in France as well. Only 16 percent of the French youth feel their future is bright, the lowest rate in the European Union.

But the central source of trepidation in Paris is, well, Paris. The vibrancy that made the City of Light the preferred destination for exiled and expatriate artists and intellectuals has dimmed. Parisian teens dream of Brooklyn, not the other way around. Between 2011 and 2012, the city dropped from sixth to 10th on a list of cities ranked by foreign investment, far behind its one-time rival London. Though Paris remains the world's preeminent tourist destination, with 29 million annual visitors, many young people would rather head to Barcelona or Berlin. The cost of real estate is more than $1,000 per square foot, higher than in Manhattan. The housing crisis has hampered the city's ability to attract and retain the young, the creative, and the middle class. And despite the dulling effects of wealth on the center – empty pied-à-terres, hordes of tourists, an invasion of chain stores on the Champs-Elysées – the surrounding banlieues remain hubs of crime, unemployment and poverty.

Paris, critics say, has been constrained by a "culture of preservation,” enshrined as a museum to itself. (Plus c'est la même chose, plus ça change, and for the worse.) Economists have advised the capital to encourage residential skyscrapers, but this is a thorny issue. The close-cropped Paris skyline, with domes and spires poking through like spring shoots, remains a key to the city’s charm and identity. Outside of India and the Philippines, Paris is the world's densest city.

The French are well aware of all this, and their master plan has a different theory for a Parisian renaissance: It's not that Paris needs more buildings, it's that buildings need more Paris.

The city’s frontiers are changing. The brief political autonomy of old "Paris," a city of 2.2 million nestled within a metro area of 12 million, is ending. In its place, in 2016, will emerge the "Métropole du Grand Paris," an agglomeration of 124 towns and 6.5 million people, a powerful planning authority that will help the city compete with London, New York and Hong Kong.

Between now and 2030, the region will build over 120 miles of new Métro lines and 72 stations. It aims to add 70,000 new units of housing each year in addition to fostering other development objectives. Altogether, the projects are grouped under the umbrella of "Grand Paris," or greater Paris.

The last time Paris expanded was in 1860, when Napoleon III annexed all of its surrounding suburbs. The city more than doubled in size, and its internal government was rearranged to include 20 "arrondissements." At that time, the new districts were largely rural. Montmartre was still a sleepy village, and in "The Count of Monte Cristo," written some 10 years earlier, Edmund Dantès could be said to have purchased a country house in Auteuil, which would become a highly urbanized district of Paris by the early 20th century.

The current situation could not be more different. Paris extra muros is not suburban in any American sense. Bordering cities like Levallios-Perret, pop. 63,000, which sits along the city's northeast boundary, are denser than the city as a whole. Politically speaking, those banlieues that formerly made up the working-class "red belt" -- the stronghold of the French left – are also now home to large communities of first- and second-generation immigrants. And while the city walls have long since been torn down, the concrete belt of the Péripherique remains one of the firmest urban boundaries in the world.

The decision of the French National Assembly, this July, to create the political entity of "Grand Paris," though, should not be seen as a long-awaited shift in the balance of power to the suburbs, as was the case when Toronto's political boundaries were expanded. Some of the fiercest opposition to “Grand Paris” has come from the townships of the “Petite Couronne,” the ring outside the city, whose collaborative governance of "intercommunalités" will be dissolved in favor of a vaguely defined system of territories. Each territory, minimum population 300,000, will be subordinate to a greater council, split 25/75 between representatives from Paris proper and the surrounding area. How the latter entity will determine the budget of Grand Paris, let alone questions of planning and culture, is still unclear. Elections are not expected to take place until 2020.

Not surprisingly, this political solution has been criticized from all sides. Patrick Braouezec, the president of an agglomeration of suburban cities, denounced the decision as a “parliamentary putsch.” Others see a system designed to gentrify the suburbs and push the poor still further from the center. From the pro-development side, some resent the current proposal as a watered-down version of that first proposed by President Nicolas Sarkozy in 2007.

But political restructuring is only one element of “Grand Paris.” The 35-billion-euro transportation scheme is liable to have more influence still. The numbers are impressive: 120 miles of track and 72 new stations, mostly underground, active 24 hours a day. Four new express lines, which will expand the Paris Métro to 18 routes, plus extensions to the existing lines 11 and 14. Can you even imagine such a thing being built in the United States? All in all, it’s estimated to have an economic impact of 73 billion euros.

Planners hope such a network, by finally extending Métro service through the banlieue, will help bridge the city-periphery divide. While the Métro network in Paris is as tangled as a bowl of spaghetti, beyond the borders of the city it reverts to a familiar hub-and-spoke model. As a result, as in cities the world over, it is much easier to go from a suburb to the center than to the suburb next door. In a region where the workforce is highly dependent on mass transit, this structure has limited development outside Paris proper.

The last huge regional transit expansion, of the commuter rail or RER in the 1970s, had remarkable effects. In the 25 years after the RER reached Noisy-le-Grand in 1977, the population of that suburban city jumped 240 percent; the number of jobs 390 percent. The price of real estate increased as well.

Could the Métro stimulate a similar economic renaissance in the new Métropole du Grand Paris and diffuse the sky-high demand for housing in Paris intra muros? It’s a sign of local excitement about the project that Le Monde is already reporting on real estate speculation around future Métro station sites. There isn’t any just yet. But then again, completion of the project is still 17 years away.