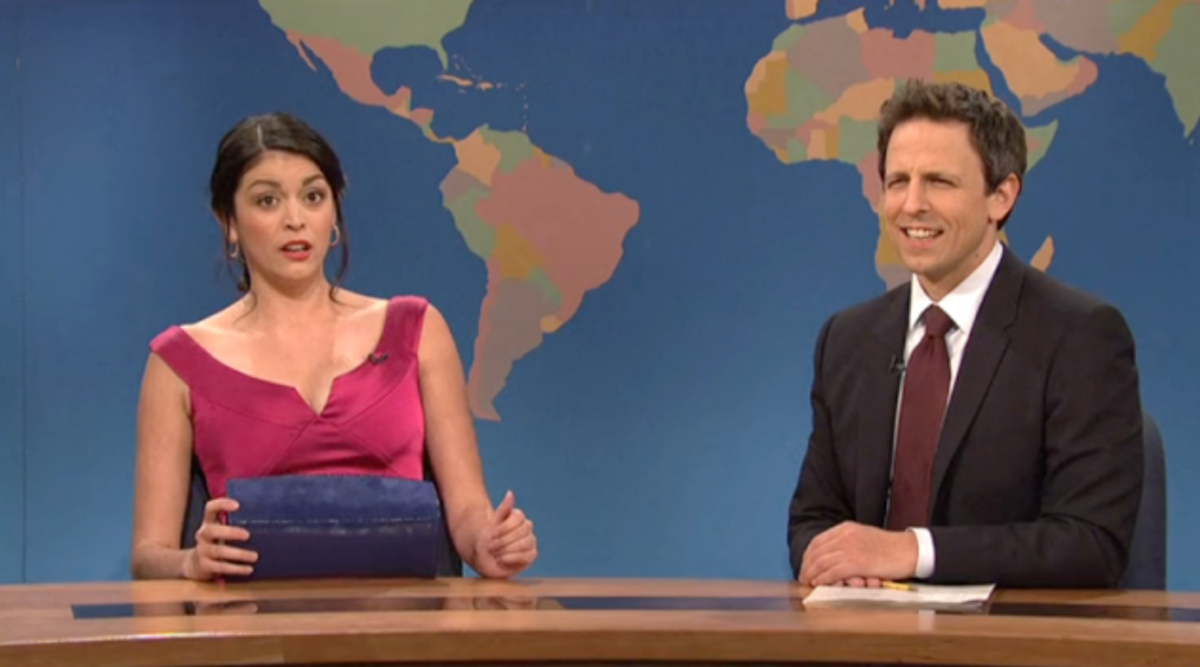 Lorne Michaels, producer and creator of "Saturday Night Live," one of the longest-running television shows in America, has announced the six new cast members that will attempt to fill the void left by the departure of cast members Fred Armisen, Bill Hader and Jason Sudeikis. Michaels confirmed to the New York Times that comedians Kyle Mooney, Beck Bennett, Brooks Wheelan, John Milhiser and Noël Wells, the five prospective members rumored to be joining back in August, are indeed joining "SNL." In addition, writer Mike O'Brien will swap spots with cast member Tim Robinson, who will move to the writing staff.

Michaels also revealed that "Weekend Update" will gain a second anchor: Cecily Strong, known to Americans as " the Girl You Wished You Hadn’t Started a Conversation With at a Party." Strong will join Seth Meyers at the "Weekend Update" desk, becoming Meyers' second co-host since Amy Poehler.

The addition will help phase Meyers, who in February will leave "SNL" to host "Late Night," off the show. But Michaels hopes Meyers will remain involved:

Mr. Michaels said his general plan was to have Ms. Strong share the “Update” desk with Mr. Meyers for the season’s initial shows and then segue into a solo role later, maybe in the first season — but maybe not. If possible, Mr. Michaels would like to see Mr. Meyers stay on “Weekend Update” even after he moves to “Late Night,” starting on Feb. 24.

“Seth is a unique case,” Mr. Michaels said, noting that the new late-night show would not have a Friday edition, letting Mr. Meyers potentially drop in and work that day and Saturday on “Update.”

Having Mr. Meyers around, at least initially, would bring more stability in a changeover season.

The 39th season of "SNL" premieres on Sept. 28 and will be hosted by Tina Fey.