Remember the storyline about monsters turning shiny electronics against us? Here's why we're our own Gremlins, now 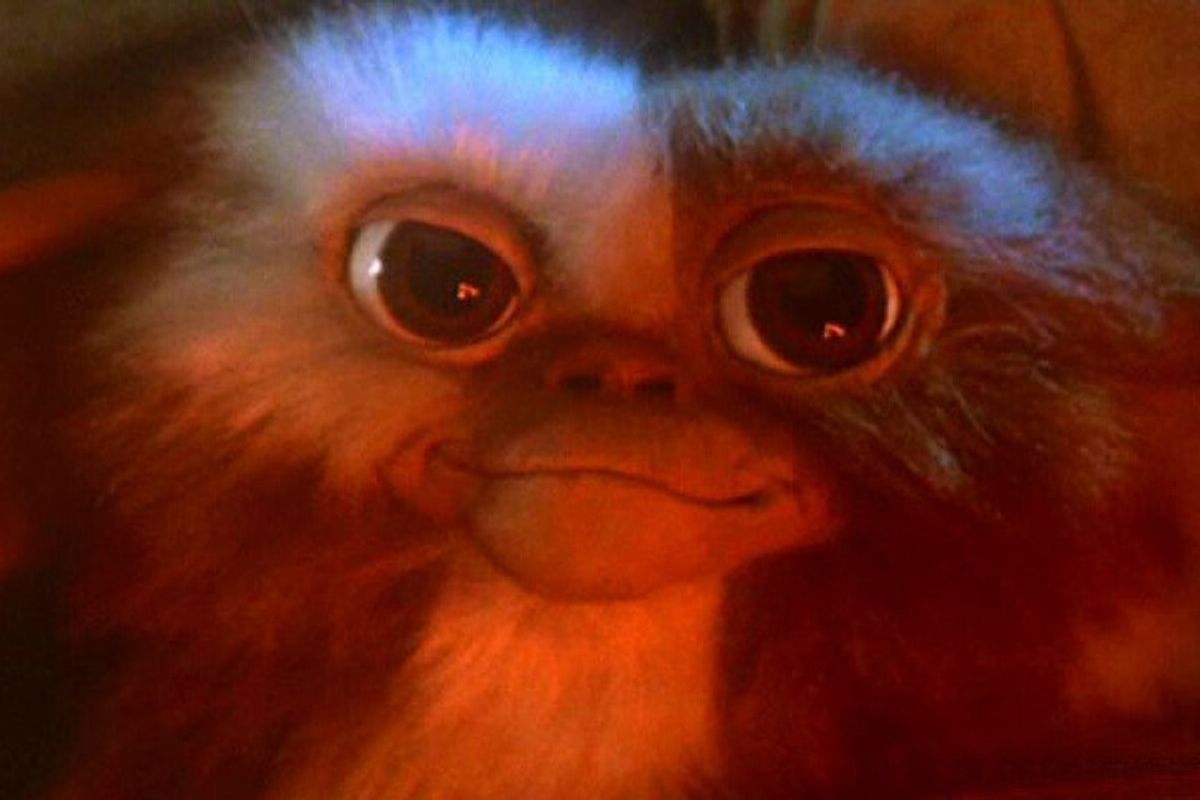 In Jonathan Lethem's 1999 neo-noir novel, "Motherless Brooklyn," the E-Z Pass -- the electronic, automatic toll-paying device -- plays a brief but significant role. Speeding through Manhattan en route to Brooklyn, a kidnapper with his hostage in tow slips through a toll booth without pause, paying automatically with his black car's E-Z Pass. Tracking the kidnapper, two small-time detectives get stuck: Without an E-Z Pass, they must wait to pay manually, and the kidnapper passes freely into the city's constant flows.

"Cars whirred passed us," describes the protagonist and narrator, one of the detectives who happens to have Tourette's syndrome. "Eatmepass!" he blurts.

In the halcyon years of 80's and 90's technological innovation, many devices were framed in the popular imagination like Lethem presents the E-Z Pass: tools for freedom, speed, anonymity and unfettered flows. An Apple 1984 Superbowl ad promised that Apple computing would enable users to live freely and resist oppressive regimes. But as we have learned (and keep learning over and over again) with the recent barrage of revelations about our near-totalized surveillance state, our government now laughs at this idea of cybernetic freedom.

A leaked National Security Agency slideshow called Apple customers "zombies." Smartphones in hand, we are always-already counted and tracked. And so too with the E-Z Pass, as was reported this week in Forbes and as my colleague Andrew Leonard flagged: "New York City has been tracking the movements of cars equipped with E-Z Pass RFID tags all over the city — not just at the toll booths for which New York drivers presumably purchased their E-Z Passes to get through."

While the authorities have issued assurances that this previously unknown E-Z Pass surveillance is merely used to gauge traffic flow, insisting that the cars' identification is anonymized, the possibility of mission creep is high. The president had also assured the public that U.S. citizens' communications data caught in NSA dragnets was protected from warrantless surveillance; leaks from whistle-blower Edward Snowden have obliterated faith in any such assurance. And while, by the current letter of the law, the police or intelligence agencies are required to obtain warrants to track vehicles with GPS systems, the ability for authorities to abuse E-Z Passes as inbuilt tracking devices seems a reality hard to avoid in this epoque. I will again cite my favorite poem by late-modernist George Oppen: "A populace flows Thru the city... We have chosen the meaning/ Of being numerous"; to live with the technological benefits of communication and ease of travel and movement, we have (often unwittingly) chosen to live countable, trackable and tracked lives.

I think back to the heady days of Occupy's first flush in late 2011, when near-daily we'd snake through the streets of lower Manhattan in careening, cop-dodging, unpermitted marches. New York's streets bacame a new and thrilling terrain for many of us then. The flows of the city grid -- move, work, shop, consume, move again -- were stalled by and for us in those brief slices of spacetime. But there was the great tendency too, for many participants (us journalists especially) to experience those moments consistently through the lens of our smartphones, clutched in hand to live-tweet, live-stream, live-recount. Did we perhaps forget, smartphones held high, to embrace the paroxysm of claiming new space together?

A striking photograph from that time, used on the cover for one Occupy theory journal, “Tidal,” seems to show a crowd of thousands pushing against a chain link fence, defended on the other side by just a handful of cops. The fence, you think when first glimpsing the image, will surely break under the mob’s force – they’ll overwhelm the police and take the space. The barrier around New York’s Duarte Square (pictured in the Tidal photo) was partially breached that day, but the crowd did not bring it down en masse.

On a closer look, it's clear that there was no crowd pushing together in the first place. At least half of those photographed are clutching cameras, or holding smart phones, observing each other observing each other and transmitting it out to the viewers at home. In my humble opinion: Above all, militarized police crackdowns stunted the weird constellation that was Occupy. But, a tendency -- realized and encouraged through platforms like Twitter -- to recount to ourselves and the Internet in realtime meant we often missed opportunities for real living. "I wanted the moments of my life to follow and order themselves like those of a life remembered. You might as well try and catch time by the tail," wrote Jean-Paul Sartre in his 1938 novel, "Nausea," unknowingly portending our now prevailing social media proclivities. These apparatuses insidiously (and not always happily) shape our very subjectivities -- how we get to be and become -- government spycraft aside.

Popular narratives in recent decades of freedom through technological innovation have consistently carried with them a nascent fear of creeping control and unforeseen dangers. The 1984 comic horror hit, "Gremlins" played on the myth and metaphor -- dating at least back to the Second World War -- of "gremlins in the machine." Little monsters that can turn our shiny electronics against us, so goes the idea. In the film, tiny, mischief-driven actual gremlins gleefully tamper with wiring and crash cars into houses. "It's the same gremlins that brought down our planes in the big one... That's right, World War II," one character drunkenly proclaims. And in numerous horror movies since, TVs, phones and computers are vectors for evil forces to control and terrorize the technology user. If the public imagination as expressed through these pop-cultural artifacts is much to go on, we've long feared technological mission creep. Devices that promise freedom (of communication, information, movement) carry with them the possibility of control and oppression. There are no gremlins at work -- totalized surveillance needs no external monsters. Tweeting, blog-posting, emailing, Facebook status-updating, GPS and E-Z Pass using -- the freely communicating, information sharing, easy traveling subject is the subject most ripe for surveillance; it is the surveilled subject (and those of us not of interest to government spycraft are surveilled nonetheless for, at the very least, consumer habits.)

"It is clear," wrote Italian philosopher Giorgio Agamben, "that ever since Homo sapiens first ap­peared, there have been apparatuses; but we could say that today there is not even a single instant in which the life of individuals is not modeled, contaminated, or controlled by some apparatus." (And for Agamben an apparatus is not simply a technological device, but "literally anything that has in some way the capacity to capture, orient, determine, intercept, model, control, or secure the gestures, behaviors, opinions, or discourses of living beings." As such, a language is an apparatus as much as an iPhone.)

So the question then becomes, what sort of apparatuses do we live with and through, what sort of selves do they demand and produce. Agamben, in "What is an Apparatus?" (published in 2009) writes of his "implacable hatred" for cell phones and his desire to destroy them all and punish their users. But, he notes, this is not the right solution. The "apparatus" can not just be isolated in the device, say the smartphone, because apparatuses are shaped by and shape the subjects that use them. Destroying the apparatus would entail destroying in some ways the subjects that create and are in turn created by it. A mass luddite movement to smash all smartphones, laptops, GPS devices and so on would ignore the fact that it is no mere accident of history that millions of us have chosen to live with and through these devices. Devices that by their very design make groups -- indeed selves -- into a countable and trackable population.

It is quite correct to direct fury at the politico-corporate nexus, spanning the halls of government, intelligence complexes and Silicon Valley, for abuses of great power. There's a multibillion-dollar industry, and a fierce post-9/11 counterterror ideology, that makes its business in running roughshod over Fourth Amendment protections and promises of privacy to consumers. But outrage at government and powerful corporate abuses alone misses that we are not looking at a situation of top-down, despotic control. Tech giants are scrambling to absolve themselves from the NSA Scandal by demanding government transparency. But, of course, these firms have been the lynchpin enabling the surveillance state's spread, and we -- the users -- its servants. While a modicum of outrage seems to follow revelations like the fact that E-Z Passes are tracked more than users had thought, there is much resignation too. The Forbes reporter who broke the E-Z Pass story last week, Kashmir Hill, called the discovery "a reminder once again that if you accept some kind of tracking device, it may be used in ways you wouldn’t expect."

But living under late capitalism increasingly requires us to "accept" tracking devices, without necessarily first seeing them as such. How to push back against totalized surveillance is question perhaps impossible for surveilled subjects to answer -- it runs too deep, it's how we live. We may well -- and rightly -- advocate for increased regulation, government transparency and the like. But, through a host of apparatuses we have become subjects ripe for surveillance, a state of affairs that cannot drastically change without rethinking how we communicate, move; the way we live. It will take nothing short of rethinking the very meaning of being numerous.