Students are taking a cue from Mark Zuckerberg's Facebook success 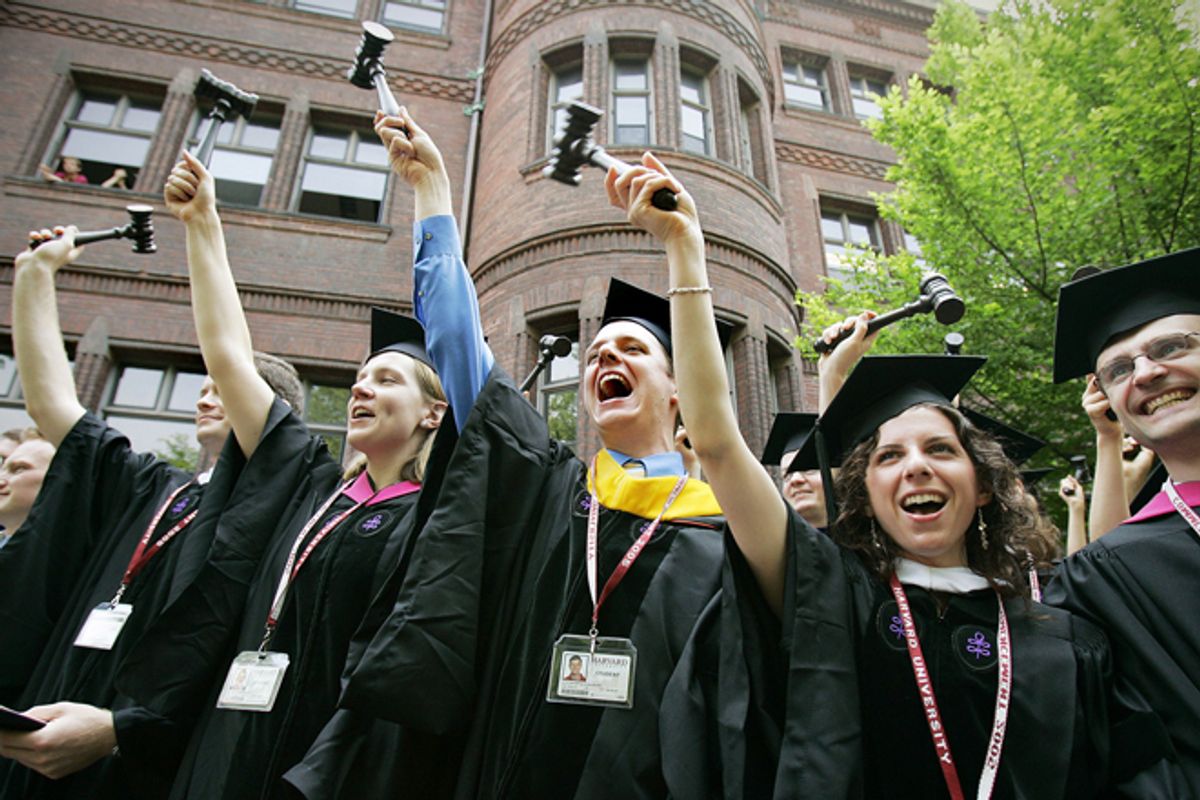 If Mark can do it, why can't others? Perhaps inspired by The Social Network, enrollment at Harvard's Introduction to Computer Science course has skyrocketed 580% in the last decade.

Preliminary data from the college shows 771 students enrolled in CS50 in the current semester, up from 112 in 2004, Quartz reports. This makes the class one of the most popular on campus, second to an introductory economics course. A partnership with the education nonprofit EdX also makes Harvard's CS50 class available for free online. The number of computer science majors has likewise seen a spike, close to doubling in the last two years, according to The Harvard Crimson.

There's no doubt coding is valuable skill set to have today, especially as the valley scouts desperately for engineering talent to fill the ranks at tech companies. Can Harvard produce enough grads who can code to meet the demand? Or perhaps even more compelling, can Harvard produce another Mark Zuckerberg?