The worst reactions to Nina Davuluri being crowned Miss America

Some unhinged tweeters have problems with an Indian-American as Miss America, and called her a terrorist 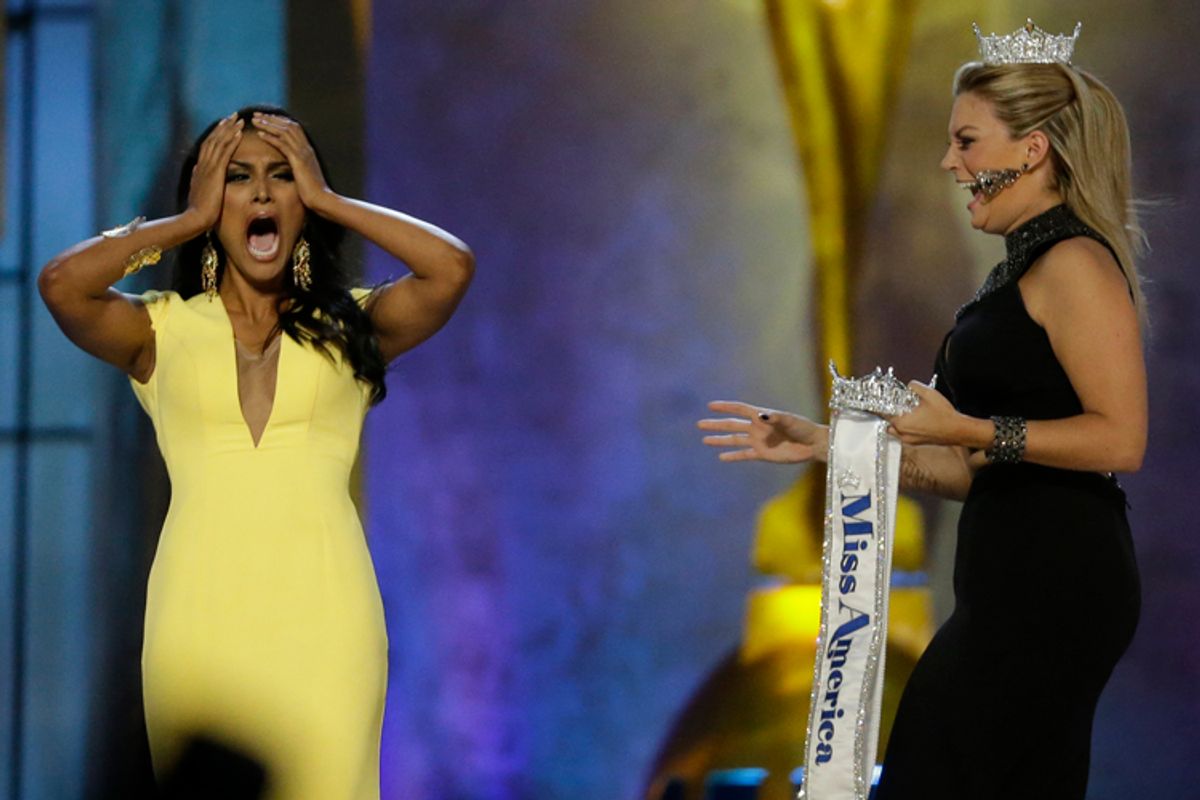 Nina Davuluri has become the first woman of Indian descent to win the title of Miss America. Running her platform on a campaign of cultural diversity, Davuluri celebrated her Indian heritage by performing an Indian classical-Bollywood fusion dance that dazzled judges and Americans alike -- well, except for those Americans who saw it as some sort of al Qaeda terrorist voodoo witch dance. Those Americans were disappointed:

Other racists realized that India is not in the Middle East, I guess?

And in case you think the racism is limited to just a few people on Twitter -- nope, the viewpoint is of course legitimated by "Fox News's" Todd Starnes, who describes what "real America" is like:

Comedians took the opportunity to point out how illogical it all was, because, yay America!

And, racists, just so you know -- a Lebanese-American woman named Rima Fakih already won the Miss USA title. In 2010.

But Davuluri won't let this taint her victory, saying, "I have to rise above that. I always viewed myself as first and foremost American."