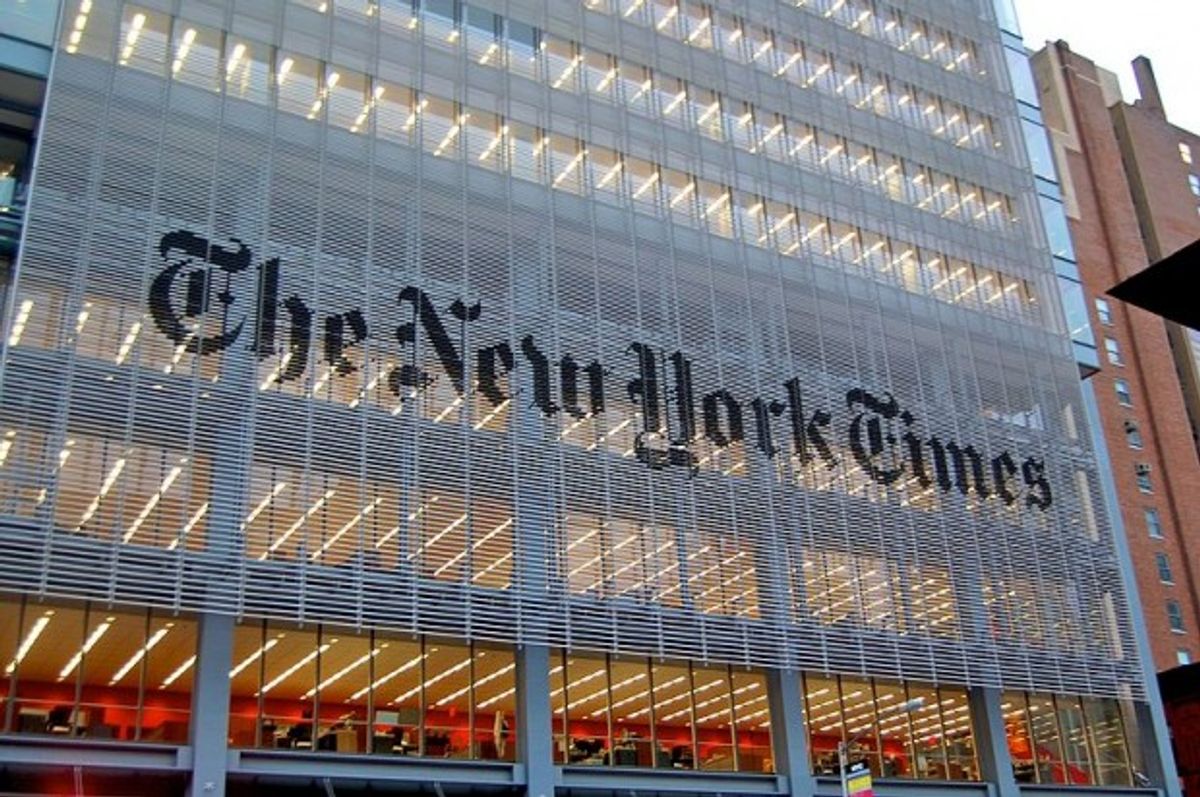 The New York Times on Tuesday published a story about embryology and the science of fetal pain. This is a pretty natural thing to do since fetal pain is in the news quite a lot now that reproductive rights opponents are using the issue to bolster national efforts to restrict women's access to abortion care. Unfortunately, writer Pam Belluck, in the interest of "neutral reporting," presents bad science as good science and treats good science like just one of many varying opinions on the issue of whether or not a fetus can experience pain at 20 weeks.

But, as Salon has previously reported, the two sides of the issue do not hold equal weight or credibility within the medical community.

As Dr. Anne Davis, a second-trimester abortion provider, associate professor of clinical obstetrics and gynecology at Columbia University Medical Center and consulting medical director at Physicians for Reproductive Health, told Salon back in August (Davis is also quoted in the Times piece):

We know a lot about embryology [in the field]. The way that a fetus grows and develops hasn’t changed and never will. And what we know in terms of the brain and the nervous system in a fetus is that the part of the brain that perceives pain is not connected to the part of the body that receives pain signals until about 26 weeks from the last menstrual period, which is about 24 weeks from conception.

As Davis notes, fetal development is fetal development. There has been no new scientific "breakthrough" to warrant renewed attention to the question of at what gestational stage a fetus develops the neurological pathways necessary to experience pain. In fact, comprehensive reviews of all available medical data by the Journal of the American Medical Association, the British Royal College of Obstetricians and Gynecologists, Harvard University and University College London have each refuted claims of fetal pain at 20 weeks as complete pseudoscience.

And yet, here is Belluck's framing:

The science of fetal pain is highly complex. Most scientists who have expressed views on the issue have said they believe that if fetuses can feel pain, the neurological wiring is not in place until later, after the time when nearly all abortions occur.

Several scientists have done research that abortion opponents say shows that fetuses can feel pain at 20 weeks after conception. One of those scientists said he believed fetuses could likely feel pain then, but he added that he believed the few abortions performed then could be done in ways to avoid pain. He and two other scientists said they did not think their work or current evidence provided scientific support for fetal-pain laws.

Some scientists’ views have evolved as more research has been done. Dr. Nicholas Fisk, a senior maternal-fetal medicine specialist at Royal Brisbane and Women’s Hospital in Australia, said he once considered early fetal pain “a major possibility” after finding that fetuses receiving blood transfusions produced increased stress hormones and blood flow to the brain, and that painkillers lowered those levels.

But Dr. Fisk, a former president of the International Fetal Medicine and Surgery Society, said neurological research has convinced him that pain “is not possible at all” before 24 weeks.

Supporters of fetal-pain laws also say that surgeons’ use of anesthesia and painkillers when operating on fetuses in the womb proves fetuses feel pain.

In 2012, the American Congress of Obstetricians and Gynecologists endorsed this reasoning [that the fetus at 20 weeks lacks neural connections necessary for pain perception], saying studies cited by fetal-pain law supporters were not persuasive “when weighed together with other available information.”

Fetal-pain law advocates argue the cortex is unnecessary to feel pain, and the thalamus, developed around 20 weeks, is sufficient. Ms. Balch, of the National Right to Life Committee, cites as a strong impetus for the laws a 2007 article in the journal Behavioral and Brain Sciences by Dr. Bjorn Merker, a Swedish neuroscientist. It included observations of five children with hydranencephaly, in which most or all of the cortex is missing, replaced with fluid. Dr. Merker wrote that they appeared to smile and cry, and theorized that “the tacit consensus concerning the cerebral cortex as the ‘organ of consciousness’ ” may “be seriously in error.”

Ms. Balch said this research, involving children ages 1 to 5, “is persuasive evidence that the unborn child feels pain at 20 weeks.”

Belluck's presentation of credible science and medical majority opinion alongside limited studies, the beliefs of "supporters of fetal pain laws" and the opinion of a policy director at a national anti-choice group creates the false impression that these two viewpoints are equally valid and that there is a legitimate "debate" happening around when a fetus can experience pain.

This is not the case. And engaging in false equivalence here has consequences.

"In embryology and the development of the fetus, those kinds of connections aren't present, aren't finished, until around 26 weeks from the last menstrual period. That is just scientific data," Davis told Salon. "You can have an opinion about that, but that doesn't change the information. That is just where the best science is."

"So the part that is very tough for us," Davis continued in an unpublished portion of our interview, "is that, because of this idea of 'journalistic balance,' media outlets will say, 'Well we have a doctor who says that fetuses do feel pain, and we have another who says they don't.' Well, that's like saying, 'We have someone who says it's 40 degree outside and someone who says it's 60 degrees outside.'"

But if you want the truth, Davis said, "Take the actual temperature. You can have opinions about things, but the evidence is what it is."