The hidden truth behind Teach for America's political empire

Working for more charter schools and fast-tracked teachers, the organization's growing — whether you like it or not 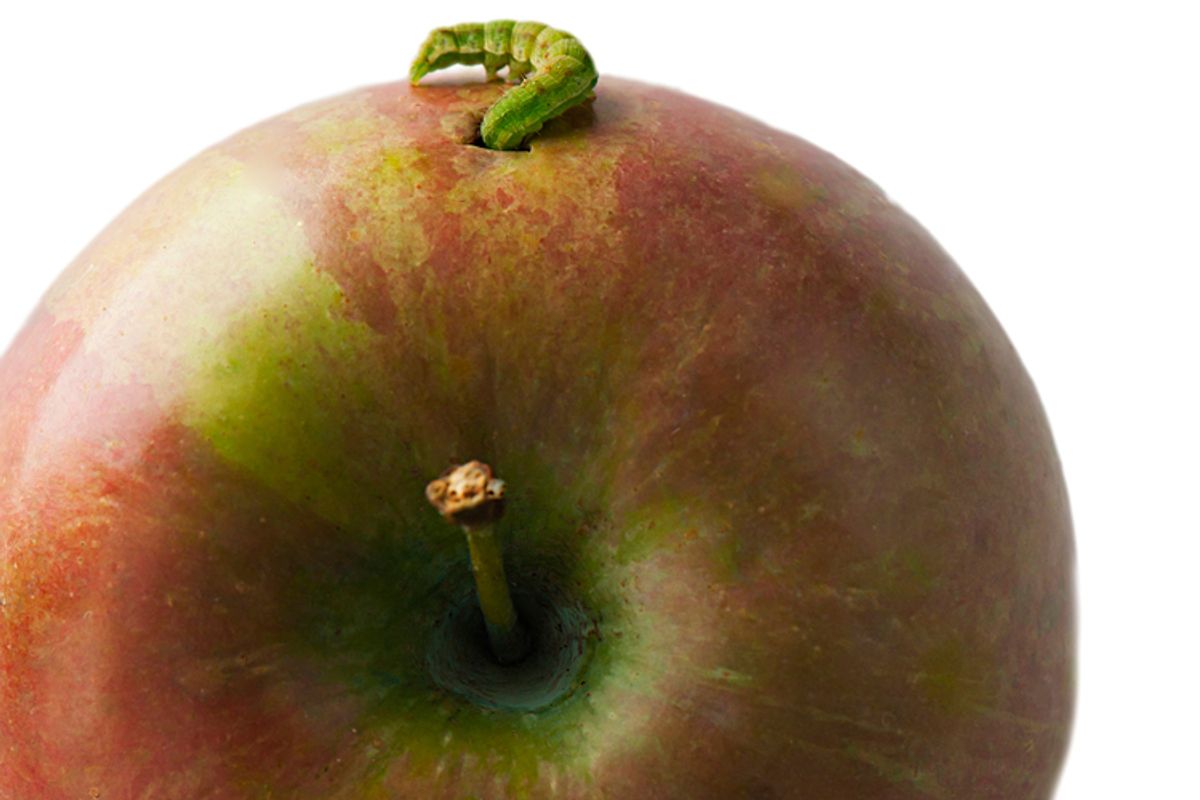 Teach for America, well known for recruiting high-achieving college graduates to teach in urban and rural areas for two years, has expanded to 48 regions, built an alumni base of 32,000 and piled up $350 million in assets.

Now, as the school year begins, it's planting seeds to grow further -- but not without controversy and intrigue.

Though the plans are still in the works, TFA is approaching an agreement with the University of Minnesota in which the university's College of Education and Human Development would offer TFA teachers special coursework during their time in the program. For TFA, the partnership would provide an extra source of support beyond its standard five-week summer prep. For the college, it's an opportunity to enroll scores of new students.

For everyone else, it's a lightning rod.

In June, more than 300 students, faculty and teachers signed a letter arguing that the partnership would weaken the integrity of the college's teacher preparation and exacerbate racial inequity in the region. “We believe that this partnership offers unearned legitimacy to a significantly flawed and powerful force in education,” they wrote, “one which sends underprepared teachers into communities of students already often marginalized by the education system.” Soon after, 30 of 36 faculty from the Department of Curriculum and Instruction, the school's main source of teacher training, voted to oppose the partnership.

Not going through with it, though, would be just as unpopular. Behind its public image, TFA anchors a political empire that enmeshes policymakers, universities and school districts — and crowds out dissent.

Nationally, TFA's mission has evolved from filling teacher shortages in underserved areas to hiring out recruits based on their teaching effectiveness (an endlessly debated subject) and building “a growing movement of leaders.” Its growth parallels its entrenchment in the movement to replace district schools with charter schools and peg teachers' jobs to their students' standardized test scores. Not only does it get tens of millions in funding from corporations and foundations that promote this style of reform, but its alumni are founders, leaders or board members of more than 40 charter, advocacy and training groups. In 2007, its partner 501(c)4, Leadership for Educational Equity, was formed to help fund and train alumni to enter political office and other positions of leadership; its resources and biggest names slant toward market-oriented reform.

Locally, TFA's connections serve as incubators for growth. On its website, it states, “We seek to expand to communities where our presence can be sustained over time through the support of private and public funding sources. These funds help us maintain a regional team that provides ongoing professional development and instructional coaching for our corps members and support to our growing alumni base.”

TFA's most visible stronghold is Louisiana, where the state superintendent is a TFA alum, the organization's New Orleans regional director sits on the board that approves TFA's contract, and New Orleans' post-Katrina charter school explosion means easier entry for less experienced teachers. Though the Twin Cities host one of TFA's newest and smallest corps, a supportive climate makes it ripe for expansion.

Minnesota ranks at or near the bottom in graduation rates for black, Latino and Native students — a pretext for policymakers to close dozens of district schools and expand charter schools. Between 2000 and 2010, charter slots grew from 1,529 to 10,895 in Minneapolis, and from 3,721 to 8,339 in St. Paul.

This trend shows little sign of stopping. The Minneapolis-based Charter School Partners calls for the creation of 20 new charters over the next five years and, in its “Charter 2.0” plan, an accelerated process for approving them. The region is home to a densely connected network of like-minded reformers: TFA's national co-CEO, Matt Kramer, heads 50CAN, a national network that promotes charter schools and high-stakes testing; his brother, Eli Kramer, runs Hiawatha Academies, a prominent charter network and TFA partner; Daniel Sellers, former director of TFA–Twin Cities, is now the director of the Minnesota chapter of 50CAN, MinnCAN; University of Minnesota president Eric Kaler is co-chair of the Twin Cities’ Generation Next, a council “dedicated to educational excellence” that represents community organizations, schools, businesses and foundations—some of which have financial ties to TFA.

With the existence of this network, TFA alum and StudentsFirst CEO Michelle Rhee told Minnesota Public Radio, the state presents a “unique and interesting opportunity” for reform.

Here lies TFA's staying — and growing — power. As it states in a 2011 document, “By 2015, we aim to build a truly unstoppable movement in Minnesota responsible for making educational opportunity attainable for all.” Its relationship with the University of Minnesota stems from this movement — and, in the form of an official partnership, could help sweep away obstacles.

In June, the state's Board of Teaching voted not to give incoming TFA teachers the blanket “community expert” exemption that the program received in its first four years to fast-track its recruits into the classroom, opting to screen them individually instead. In eight cases, the board interviewed the candidate and the principal of their accepting school about their fitness for the job. By August, following months of uncertainty and a MinnCAN petition, all teachers were exempted.

In the throes of this case, the board encouraged TFA to apply to the state's alternative licensure program — which TFA helped pass into law in 2011 — as a new route to bypass the standard certification process. Under the program, nonprofits and school districts can grant teacher licenses, a job traditionally reserved for universities.

University partnership “would utilize that legislation and allow us to design a program specifically for alternative licensure,” says Crystal Brakke, TFA–Twin Cities' executive director. “Teach for America is always seeking to expand the support we are able to provide to our teachers, both in their pre-service training and during their first two years of teaching.” Though the organization is in talks with multiple universities and already places its members at St. Paul's Hamline University, expanding to the University of Minnesota, the state's flagship, would add significant weight to an alternative licensure proposal.

The basis of the partnership is TFA's impact. “We’re encouraged by some of the measures we’re seeing of teacher performance,” says Crystal Brakke, the executive director of TFA–Twin Cities. In a survey conducted last school year, 100 percent of Twin Cities principals with TFA corps members stated that they made a positive difference in their school and are likely to recommend hiring a TFA teacher to a fellow principal. Moreover, she says, “we are striving for a corps that increasingly shares the diversity and economic background of the students and families we work with,” adding that the proportion of teachers of color in the corps grew more than 50 percent since last year.

In limited statements about the partnership, the university views the TFA model as a complement to others. “TFA is a successful nonprofit organization that is here to stay,” said Jean Quam, the dean of the education school, in a May 17 letter to the college. There's a need, she said, “to move forward in creative ways to offer the best education to anyone who is in the classroom.” In August, Kaler told the Minnesota Daily, a “balanced approach is something that makes sense for the University.”

Because of TFA's connections, though, it operates on an uneven playing field.

Conversations with the dean suggest that the school is “very concerned about some folks in the legislature and some folks from foundations who look favorably upon TFA,” says a faculty member who asked to remain anonymous. “It’s really about the money, unfortunately. It’s an entrepreneurial move.”

Several others interviewed by Salon echoed this point. In talking with the dean, “It was very clear to me that her concern was that she was risking state financing,” says Rob Panning-Miller, a former president of the Minneapolis Federation of Teachers who organizes with the Public Education Justice Alliance of Minnesota. “She was basically saying that if she didn't do this, and if the university goes to the state for funding every year, they were going to come back and say, 'Why would we give you money?'”

As a result, the faculty member says, “There’s been a lack of transparency and an attempt to stifle any organizing efforts.” The dean, who declined to comment on the partnership or respond to critics for this article, told faculty that she was in conversation with TFA at the very end of the spring — giving them little opportunity for input before the summer break. Since then, faculty have been explicitly discouraged from speaking out.

“It’s been difficult to create a coalition around this,” says Erin Dyke, a Ph.D. student focusing on culture and teaching. “A lot of the issue with grad students and faculty getting involved is threats over their jobs and their security.”

At a college-wide block party on Aug. 29, grad students and local teachers passed out leaflets reading, “Why would CEHD partner with an organization that claims that working class students of color do not need well-trained, career teachers?” Several were approached by the dean, who called the leafletting “inappropriate” and threatened to call campus security if they didn’t stop.

TFA's status at the college is mirrored at the statehouse. In May, Gov. Mark Dayton vetoed $1.5 million in earmarks for TFA, arguing that the organization's deep pockets rendered the funding unnecessary — which Brakke contests — and that it came without qualifications. “My principal concern,” he wrote, is that “no competitive grant program was established; no other applications were solicited; and no objective review was made by an independent panel of experts.”

The Legislature's maneuver was characteristic of a no-questions-asked politics that helps TFA and its ideology spread, often leaving detractors in the dust. While TFA assembles its alternative licensure proposal in Minnesota, the St. Paul Federation of Teachers' “Career Teacher” program, which partners locally based teacher candidates with experienced teachers for intensive, yearlong preparation, is still looking for a district to host it following initial rejection. Within TFA's alumni network, those who don't share the view that singular teacher-leaders can overcome poverty are often left voiceless.

So it goes at the University of Minnesota. “A lot of people felt disheartened and defeated from the very beginning,” Dyke says. “We had the impression that the decision was made a long time ago.”