Was a feminist writer threatened off a debate? 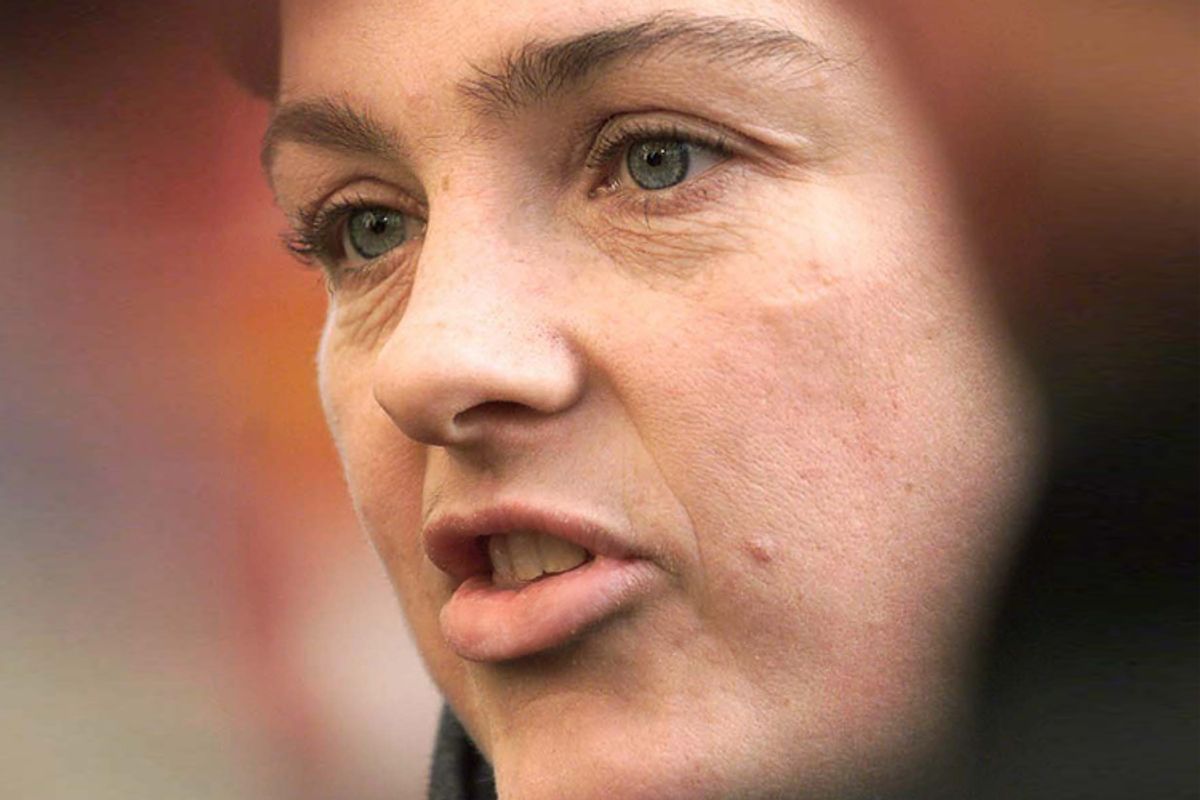 Oh hey, it's another day on the Internet. Must be time for a story about an outspoken woman getting bullied and threatened. This week's reported target: British feminist lesbian writer Julie Bindel. On Tuesday, the controversial activist announced she's dropped out of a student-run debate at the University of Manchester. She claims that since her appearance was announced, she's received over 30 harassing messages, "including death and rape threats, with three so severe that she reported them to the police."

In the U.K., Bindel, who writes regularly for the Guardian, is a polarizing figure. She's the founder of Justice for Women, an organization that "supports and advocates on behalf of women who have fought back against or killed violent male partners." She's vocally anti-porn, which she states "causes harm," and sex work, which she calls "violence against women." And perhaps most notoriously, a decade ago, she wrote a piece called "Gender Benders, Beware," in which she opined that "I don't have a problem with men disposing of their genitals, but it does not make them women, in the same way that shoving a bit of vacuum hose down your 501s does not make you a man." Disagreeable stuff? Hell yes. Rape threat-worthy? Well, is anything really rape threat-worthy? (Hint: No. Never.)

The threats Bindel says she received are all too common. When Anita Sarkeesian launched a Kickstarter last year to explore how women are treated in video games, the response was extreme. Her Wikipedia page was defaced, and trolls "tried to hack her Twitter and Google accounts; they e-mailed her drawings of her being raped by video game characters; one even created a Flash game where you clicked the mouse and bruises and welts appeared on her face." Earlier this year, after Adria Richards tweeted a photo of two men she said were making offensive comments at a conference, she was threatened with "an explosion of lulz and collateral damage" and fired from her job. This summer, when Caroline Criado-Perez lobbied for Jane Austen's face to appear on the English ten-pound note, she was harassed and threatened with comments like "Im gonna rape you, be very afraid." A Manchester man was eventually arrested on "suspicion of harassment." Feminist writer Laurie Penny was meanwhile threatened with  being "firebombed." Other women who were threatened with rape or other violence in the whole mess: historian Mary Beard, Guardian columnist Hadley Freeman, Independent columnist Grace Dent and Time magazine European editor Catherine Mayer. The deplorable episode sparked writer Caitlin Moran to lead a day of Twitter silence in protest.

But while an incredibly hostile online climate has at times spurred protest and petitions, it has rarely caused a woman to announce she's flat-out walking away from a chance to speak out. Most famously, six years ago, blogger Kathy Sierra famously bowed out from a speaking engagement and shut down her blog after repeated and extremely violent threats. She quietly reemerged back online with a Twitter account and different blog and different venture this past summer. And no, I don't feel like linking to them because why it make easier for the creeps?

Bindel, who now says she was "censored from speaking," had her detractors well before she walked away from the event. Earlier this month, Loz Webb, the trans representative for the university’s LGBTQ Society, organized a protest against the inclusion of a writer with "a track record of transphobia." But Webb calls the reports of threats against Bindel "unacceptable" – a sentiment echoed by the school student union, which "wholly condemns" the messages.

Bindel's tale doesn't end with a woman who says she was threatened going on with the show anyway. She apparently weighed her options, considered how safe she felt and made a choice based on the information she had. And let me tell you, those are hard decisions, ones that legions of women who express themselves online have to make every single day. The consequences of those choices can be severe. But Bindel is fortunate in that she has plenty of other platforms in which to express her opinions, whenever and however she wishes. That's not censorship. That's a luxury many women don't have.