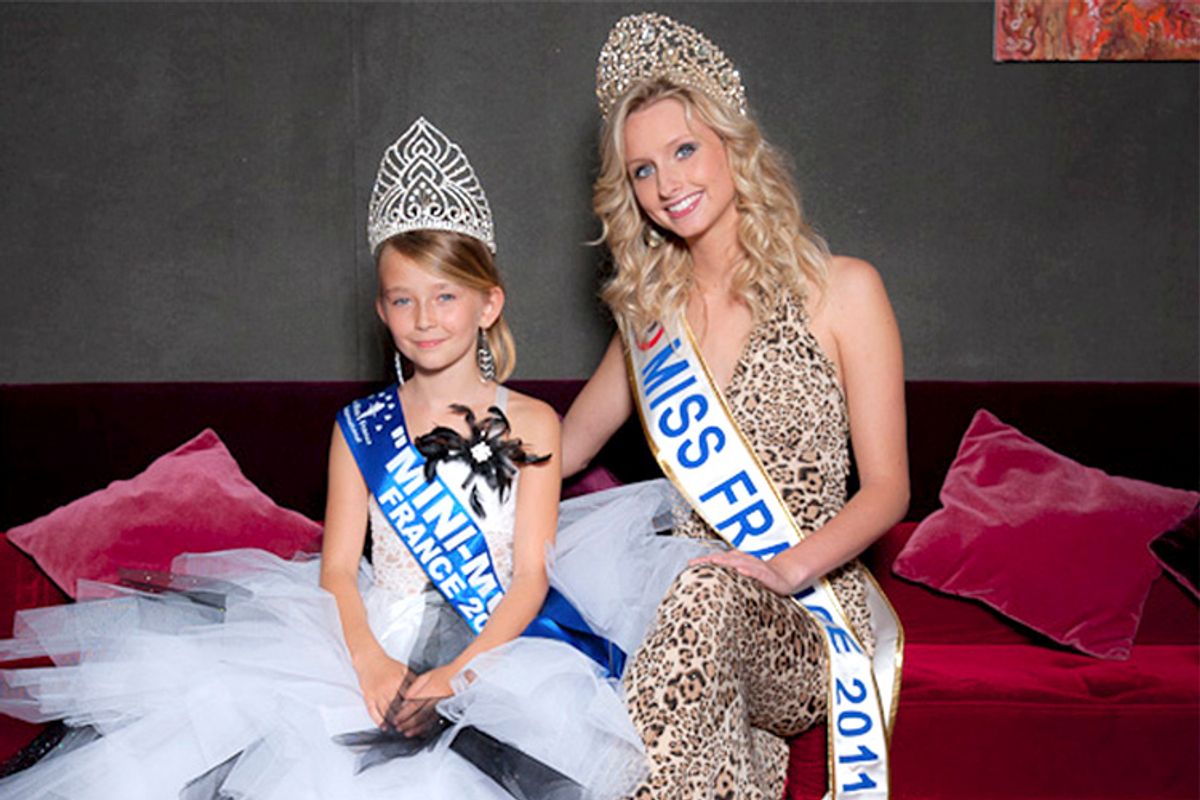 That's right: The French senate voted last night to outright ban child beauty pageants. I feel like maybe they've been watching too much Honey Boo Boo? Or not enough, depending on your perspective.

But seriously, the aim is to protect girls from early sexualization. Senator Senator Chantal Jouanno told the senate, "Let’s not let our daughters think from such a young age that they will be judged according to their appearance. Let’s not let commercial interest impact on social interest." It's a lovely sentiment, but let's put things in perspective: anyone who ignores the law and enters a child into a pageant could face two years in prison and a fine of 30,000 euros, which is more than 40K in U.S. dollars. The bill doesn't distinguish between types of pageantry, either. It's simply a ban on child pageants, period. As the official language says, "Organizing beauty competitions for children under 16 is banned.’"

The measure was reportedly inspired by outrage over a 2010 French Vogue photo shoot that tarted up then-10-year-old Thylane Loubry Blondeau. (I wrote about that controversial spread a whole seven months after it first made headlines, because it was still making news everywhere from “Good Morning America” to the Daily Mail. The photos were so depraved and reprehensible that the media just had to continually re-broadcast them for more than half a year.) The bill still has to go to the National Assembly, the lower house of parliament, for a vote -- but many are already calling it a done deal.

Hear that? It's the sound a hundreds of wee pageant queens throwing their dental flippers on the floor in one massive tantrum. Oh wait, no, that's the stage moms.