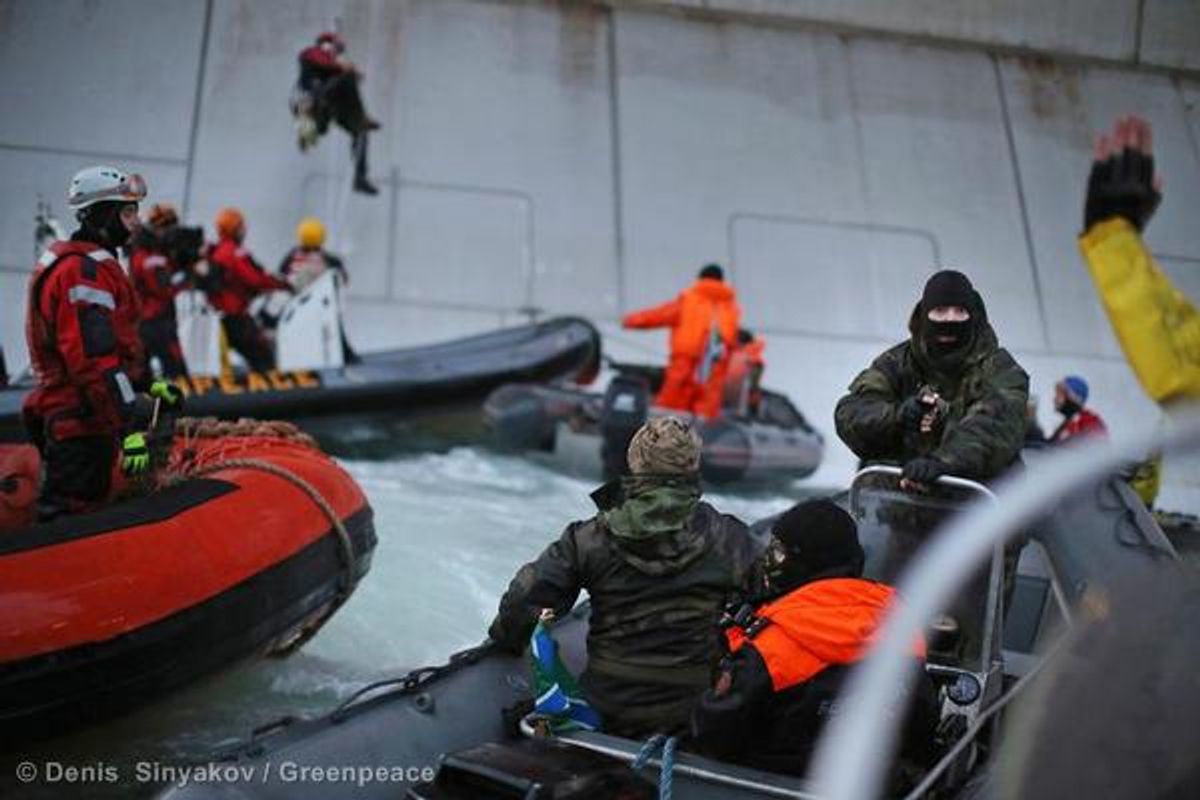 Two activists were arrested after attempting to scale an Arctic oil platform, Greenpeace announced in a statement this morning. They're now in the custody of the Russian coast guard.

According to the protesters, 11 warning shots were fired across their ship after they sent five inflatable rafts to an oil rig run by the state gas company Gazprom in the Pechora sea.

“Let’s be absolutely clear about this: the real threat to the Arctic comes not from Greenpeace International but from oil companies like Gazprom that are determined to ignore both science and good sense to drill in remote, frozen seas," Ben Ayliffe, the head of Greenpeace International’s Arctic oil campaign, said in the statement.

What Greenpeace says was a peaceful protest is part of a long-running campaign against Russian oil exploration. Back in August, Russia blocked the Greenpeace ship from entering Arctic waters. The country, which has struck deals with oil giants ExxonMobil, Eni and Statoil, hasn't yet begun drilling in force. According to the Guardian, the Gazprom rig will reach peak production of 120,000 barrels per day by 2019.

Neither Gazprom nor the coast guard has commented on the incident.