Psychiatry and mental illness: Has science gone too far? 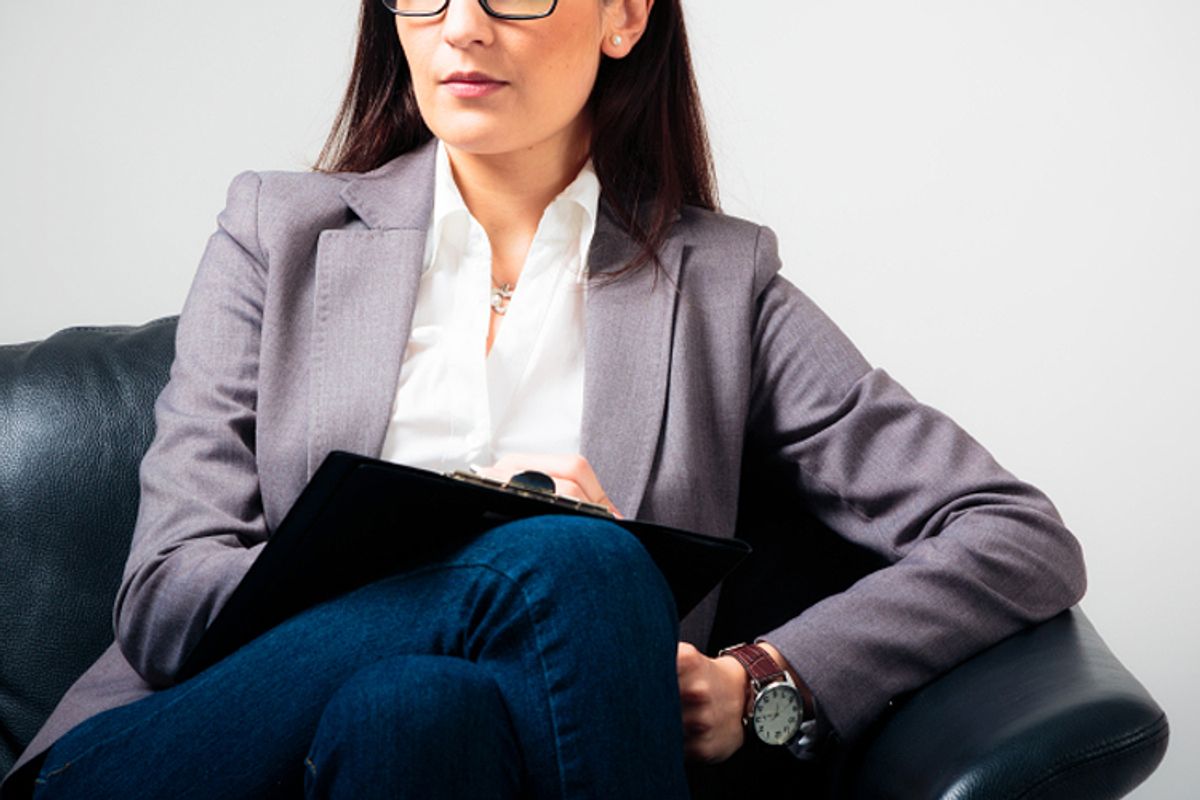 The long-awaited update to the American Psychiatric Association's "bible" for mental disorders, the DSM-5, was officially released in May. But the National Institute of Mental Health, part of the U.S. Department of Health and Human Services, has taken the official stance that the DSM is "no longer sufficient for researchers." What does this mean for the future of psychiatry -- for researchers, clinicians and consumers of mental health services?

Psychiatry, in its current iteration, emphasizes the clinician's judgment call for diagnosis. Such judgment calls are currently based on the DSM. But with newer technologies and increasingly sophisticated genetic research, psychiatry could become more about biology -- although, as researchers are now discovering, some disorders could be easier to find biological bases for than others.

The most common complaint about DSM-5, and the DSM versions that came before it, is that its definitions of disorders are based on clusters of symptoms, and not objective measures. If someone comes into a doctor's office complaining of fever, swollen lymph nodes and excessive sweating, the physician can send the patient to be tested for leukemia. If another person goes into a psychiatrist's office complaining of feeling down in the dumps and losing interest in formerly beloved activities, the psychiatrist must use his or her best clinical judgment to evaluate, using the patient's potentially unreliable reports, whether he or she meets the criteria for depression. Are five or more of a list of nine symptoms, including fatigue or loss of energy, weight loss or gain, or feelings of worthlessness, present during the same two-week period? Is at least one of the symptoms depressed mood or loss of interest or pleasure? What if the individual has only four of the nine symptoms, or comes in at the one-and-a-half week mark?

NIMH spoke to such concerns in its initial press release regarding DSM-5. Published on April 29, the release bemoaned the "weakness" of DSM's categorizations, announcing that "patients with mental disorders deserve better." At the same time, NIMH promoted its own project -- a surprise to many laypeople -- called the Research Domain Criteria project, or RDoC. RDoC's aim, according to the NIMH Strategic Plan, is to "[call] for the development, for research purposes, of new ways of classifying psychopathology based on dimensions of observable behavior and neurobiological measures." In other words: Let's bring more hard science to psychiatry.

Some in the psychiatric community took that as a pot shot. The chairman of the DSM-5 Task Force, David Kupfer, responded publicly that RDoC "may someday … revolutionize our field," but made sure to add that people with mental illness are suffering in the present moment. Biological and genetic markers as diagnostic tools would be wonderful, but "this promise, which we had anticipated since the 1970s, remains disappointingly distant … [DSM-5] represents the strongest system currently available." In a line that spoke directly to the urgency of public need, Kupfer said, "Our patients deserve no less."

But how do researchers and clinicians interpret the existence of two seemingly parallel tracks toward characterizing mental disorders? Dr. Victor Reus, professor in the Department of Psychiatry at the University of California, San Francisco School of Medicine, expresses skepticism about the use of genetic testing to diagnose mental disorders: "Trying to control all those different elements, and trying to put together a portfolio of biomarkers to help either diagnose people or predict their course of treatment is, I think, not likely to be clinically useful." However, he says research into the biology of mental distress is moving forward -- "not always as quickly as people expected or wanted, but it's been pretty steady progress."

Perhaps as a result of the mental health community's interpretation of his April 29 press release, Insel later insisted that "DSM-5 and RDoC represent complementary, not competing, frameworks." He implied that the future of psychiatry might involve a marriage between RDoC and DSM.

But in his Huffington Post article, "NIMH vs. DSM 5: No One Wins, Patients Lose," Dr. Allen Frances speaks pessimistically about such an imagined future. An ardent critic of DSM-5 who once flat-out told clinicians not to use the manual, Frances calls the NIMH agenda "necessary and highly desirable," but nonetheless concludes that "the likely payoff is being wildly oversold. There is no easy solution to what is in fact an almost impossibly complex research problem." His advice to patients, potential patients and parents confused about the RDoC/DSM-5 "debacle" is to ignore it.

What is perhaps most interesting about the RDoC announcement, however, is just how complex a RDoC-slash-DSM marriage might become. Dr. Sheri Johnson, professor of psychology at the University of California, Berkeley, says, "I think we are a long way away from that marriage. RDoC is a fascinating initiative, but it's really designed to help us understand some of the key neurobiological dimensions involved in mental health. There's a lot of work to be done … Once we have those dimensions more clearly mapped, it may shift the way we think about diagnosis enough that we won't really be using the same types of categories that appear in DSM."

When asked about the future of research regarding schizophrenia biomarkers, Reus answered, "I think trying to do biomarkers of schizophrenia as an entity is probably a hopeless task, because there are just so many different ways in which people can develop a syndrome that looks like schizophrenia, or that fulfills the criteria of schizophrenia as we now define it." And yet this may not be the case for other disorders. "Certain categories," Reus states, "as crude as they are, are still useful in capturing a group of individuals that probably have more in common in terms of etiology or basic mechanism than they are different. And certain disorders are better than others in that regard. So autism has proven to be a pretty useful thing. Bipolar disorder has proven to be, I think, more useful than schizophrenia. Obsessive-compulsive disorder is probably one of the more specific ones. Major depression is problematic. Generalized anxiety disorder is very problematic." Such a hierarchy of more-versus-less easily researchable disorders could shift NIMH's prioritization of whom to fund. Bipolar disorder, for example, might turn into a "golden child" of sorts, while applications for schizophrenia research money might face bigger hurdles under the RDoC model.

While the ongoing political debate between NIMH and the APA is intriguing, the average consumer won't feel the impact just yet. If you're a researcher studying DSM-IV categories (or DSM-5 categories), grant proposals to NIMH had better include something about what you're doing for RDoC. Otherwise, NIMH's public rejection of DSM-5 will probably not affect you, your insurance company, your therapist or your psychiatrist -- at least, not until we see some major scientific breakthroughs. A world in which we have blood tests for mental disorders is probably far off, if it is to come at all. But if RDoC's proponents are right, we might soon have a better sense of what biological features mark susceptibility to which disorders -- and even that knowledge will bring challenges of its own.

Esmé Weijun Wang is a writer and mental health advocate. She writes about living well with mental illness, compassion and care, and the writing life at http://www.esmewang.com/. Follow her on Twitter @esmewang.