You might think providing 9 million uninsured people with affordable healthcare is a no-brainer. Think again 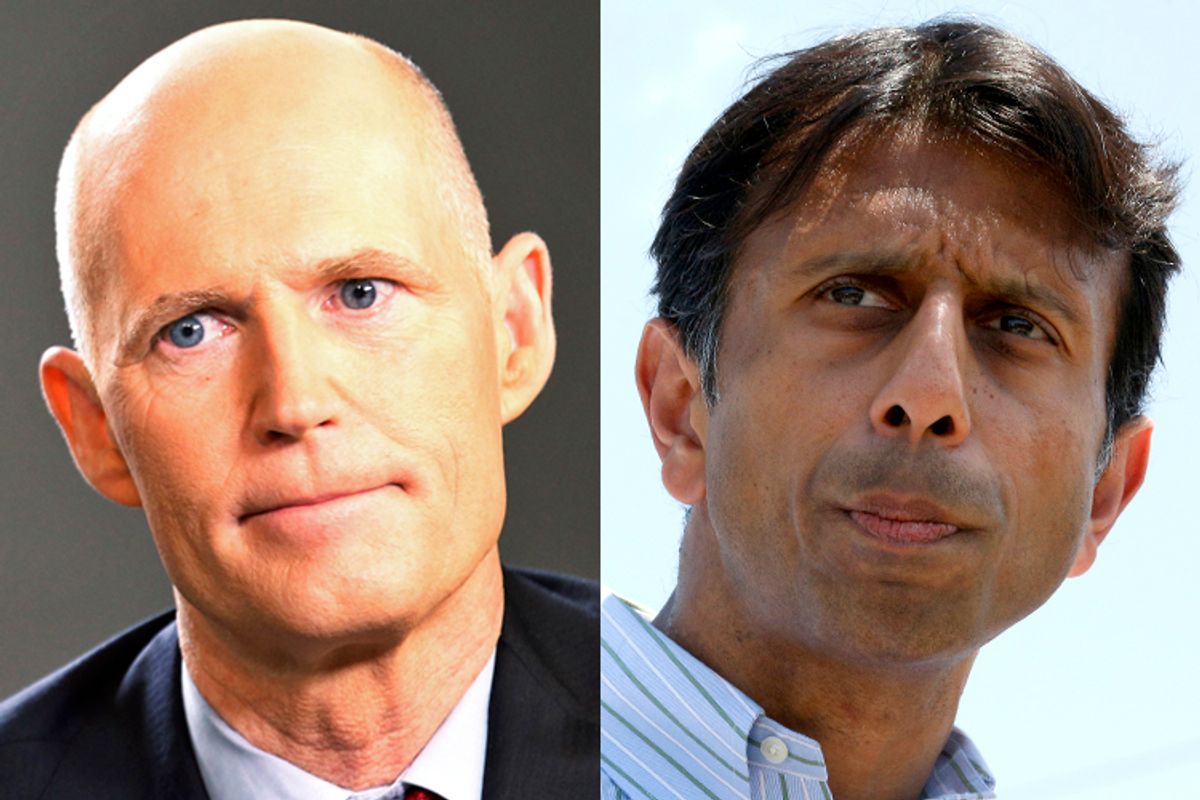 Obamacare enrollment begins in two weeks, so it's understandable that the administration and its allies across the country are spending less time tussling with critics and more time advertising good news.

In states, insurance exchanges are beginning ad blitzes that will continue through the beginning part of 2014 in order to get as many people as possible covered by the time enrollment closes in March of next year.

And as my colleague Joan Walsh reported yesterday, administration officials are touting new government data that shows that between Medicaid, CHIP and the new exchanges, nearly 60 percent of the uninsured will pay $100 a month or less for healthcare coverage.

But the full story can't be told unless you consider why that percentage isn't higher. The report doesn't say this explicitly, but it turns out that Republicans will be directly responsible for the fact that millions of Americans will lack affordable coverage next year.

Set aside ongoing conservative misinformation and intimidation campaigns, which will also swell the uninsured population, and let's do a little arithmetic.

HHS expects that 56 percent of the 41.3 million eligible uninsured people across the country will have access to affordable coverage next year thanks to the law. But if the two dozen states still refusing to expand their Medicaid programs decided to stop harming their residents just to spite Obama and weaken his law, that percentage would be 78 percent.

That difference amounts to 9.1 million uninsured people next year who could have affordable coverage options next year, but will not. And since these are people with incomes below 133 percent of the federal poverty level -- which will be the Medicaid eligibility limit next year -- most of them won't be able to dish out more than $100 a month.

Set aside the human toll GOP action (or inaction) will take on these people. Keep their ranks in mind when Republicans, who openly oppose the concept of universal coverage, attack Obamacare by saying things like this:

30 million Americans will not have coverage under #Obamacare http://t.co/9RcstCqpGH

This is a fairly common talking point on the right. In a way it's more irksome than when conservatives gloat that Americans don't understand the law. ACA supporters have megaphones of their own, and can at least try to combat misinformation. But there's very little Democrats can do to make Republicans help people get coverage under the law.

Now it's not clear what the impact of all this will be on the size of the uninsured population. The Associated Press sees a sizable coverage gap forming. By contrast, a Health Affairs analysis earlier this year estimated that about a million people will actually go uninsured as a result of states opting out of Medicaid. And, as we've already seen in a several states, the pressure on GOP governors and legislatures to relent will be intense. Over time, this problem will shrink.

But next year millions of poor people's lives will be made worse than they have to be because of this particular tactic. By no coincidence, poor voters are hard to mobilize. And since this benefit will only exist in the abstract (it's being withheld, not rescinded) turning it into a liability for Republicans will be a huge challenge. But 9 million people is a lot of people. There's no reason not to give it a try.