Why long iOS 7 download times are another Apple triumph

The entire iDevice world is upgrading at once, and it's not going smoothly. But that's still good news for Apple 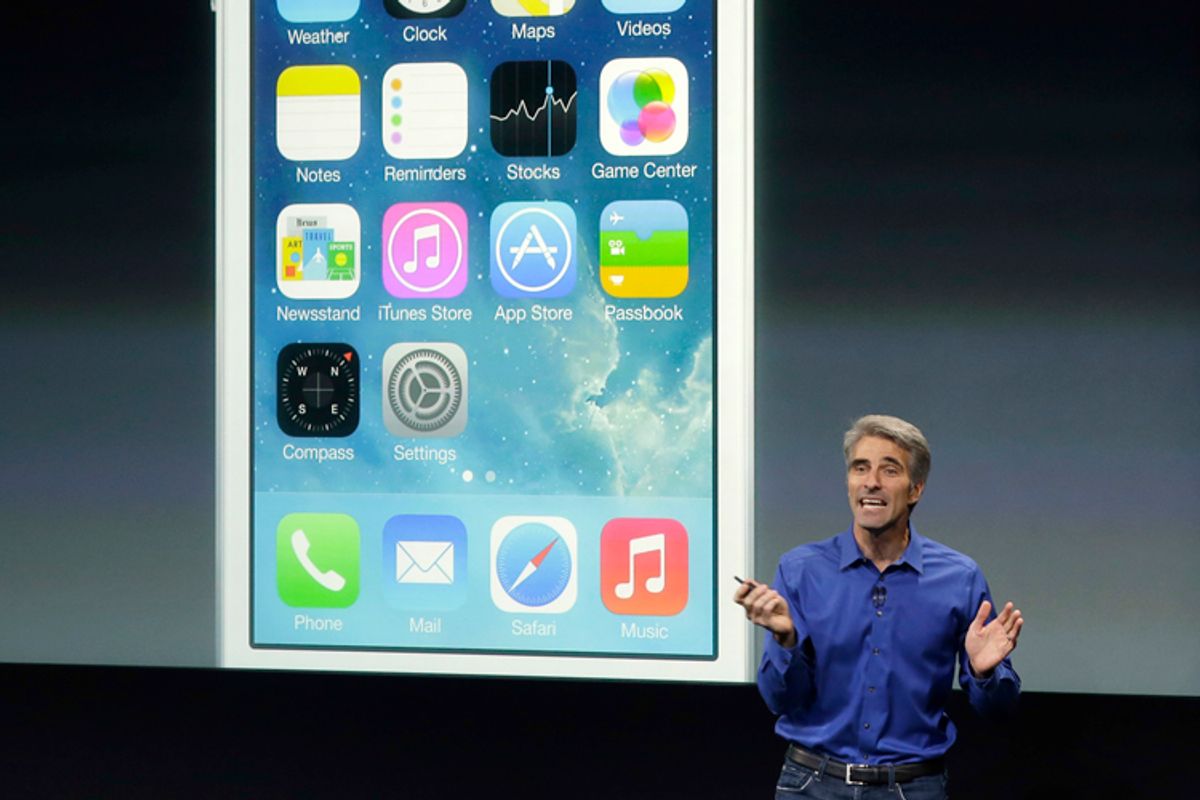 Maybe it's just my advancing years, but a long time ago I learned that upgrading one's operating system the nanosecond an update became available was a recipe for inevitable frustration and lost productivity. The wise man waits a few days for the frenzy to subside; the really wise woman waits until the first incremental bug-fix: iOS 7.01 will surely be the smarter choice.

These lessons have never seemed more timely than today, as the moans and groans of a nation of grumbling Apple device users attempting to install iOS 7 on their iPhones and iPads and iPods turned Twitter into even more of a roistering cacophony of bitterness than on most days.

I'm hearing a lot of "If Steve Jobs were around, this would never have happened." I'm not entirely sure about that. The installed base of mobile Apple devices capable of upgrading to iOS 7 is immense. Combine that with all the people who are now upgrading all their favorite apps to take advantage of iOS 7's new capabilities, and you have the classic conditions necessary for Internet gridlock.

Of course, the most likely explanation for slow download times and possibly related App Store bugginess is that demand has outstripped server capacity. And that's not a particularly encouraging indicator for CEO Tim Cook's helmsmanship, especially considering that he is supposed to be the operational genius who steered Apple's production supply chains to their current state of world domination.

But scarcity is also good marketing. Reading Twitter on Wednesday, you could only think: Gosh, a lot of people really want to upgrade their operating system in the middle of a workday. Their slavish dedication to Apple is so great that they simply can't wait one second more outside the pearly gates than absolutely necessary. I imagine this would be pleasing to the ghost of Steve Jobs. It's certainly not a problem that Microsoft has faced lately.

And I've got to admit -- all the tales of woe and irritation are oddly tempting. I feel like I'm missing out on a collective consciousness-raising. The Apple world is moving on to the next level. Am I being patient, or getting left behind? Hmm, maybe it's time to upgrade. I've probably waited long enough by now.