The pangolin is the strangest creature you didn't know was endangered 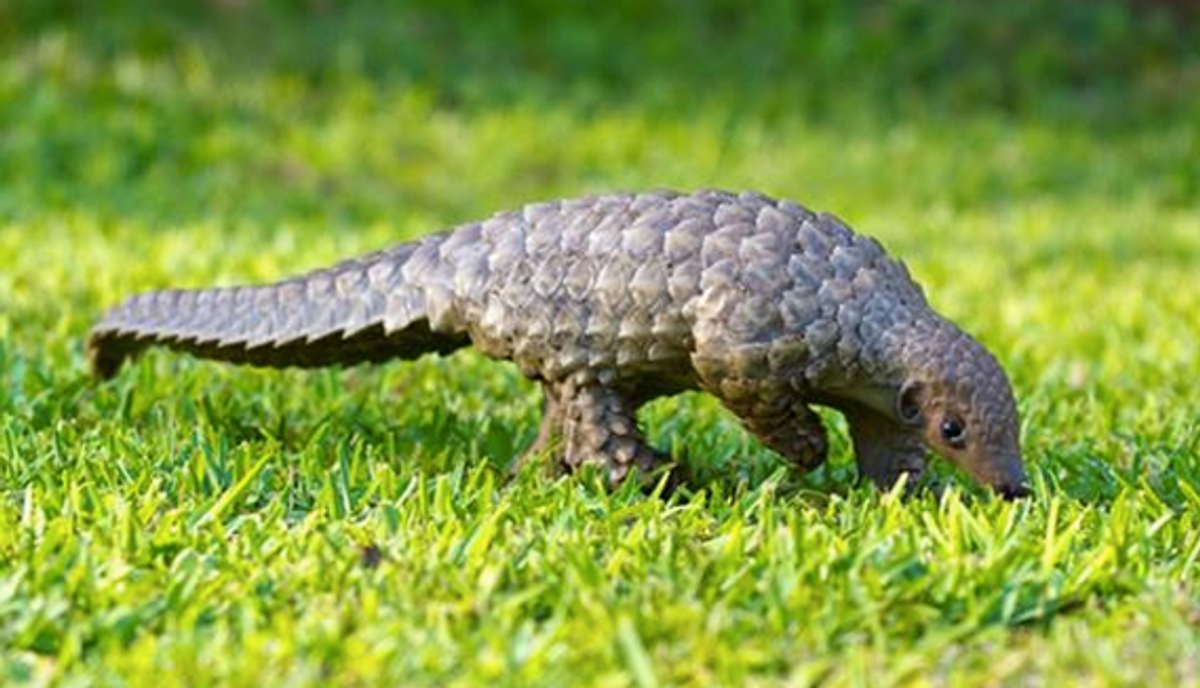 While the fact that pangolins are even something that exists isn't exactly common knowledge, their illegal trade is a growing problem. The small, scaly mammals are heavily poached; their thriving black market trade is worth an estimated $19 billion per year. According to a report from Yale360, two of the four pangolin species in Asia are classified as endangered by the International Union for Conservation of Nature (IUCN), and two in Africa are nearing threatened status. All eight species are in dramatic decline.

In traditional Chinese medicine, pangolin scales are sought after for, among other things, their purported ability to both cure cancer and boost male potency. In China and Vietnam, the anima's served butchered and frozen as a status symbol -- a single pangolin can sell for as much as $7,000. Those who really want to impress will serve up a pangolin fetus. And most everything about them makes them easy to poach. From Yale360:

Hunters...use dogs to locate arboreal pangolins or they spotlight the animals as they forage. Then they take down the nest tree or set snares outside burrows. The basketball-like defensive posture that lions can’t handle turns out to be perfectly suited to human poachers, who can pick up a pangolin and bag it without even a struggle.

That makes pangolins “the new rhinos,” says Lisa Hywood, who manages the Tikki Hywood Trust, an animal rescue and conservation facility in Zimbabwe. But she says the hazard for pangolin species is more urgent than for bigger, better known species: Zoos at least know how to breed elephants and rhinos in captivity. So even if every last one were to be hunted out, it would still be possible to save those species and reintroduce them to the wild.

Pangolins, not so much. They have that same breeding problem as pandas, and in the wild, adult females are only capable of giving birth once per year.

One lucky baby pangolin was rescued from poachers and given a name and a social media presence. The SanWild sanctuary in South Africa raised "Sid" to adulthood before releasing him into the wild at a secret location. Below, scenes from his life challenge the characterization of pangolins by Yale360 as "uncharismatic":
[slide_show id ="13482850"]