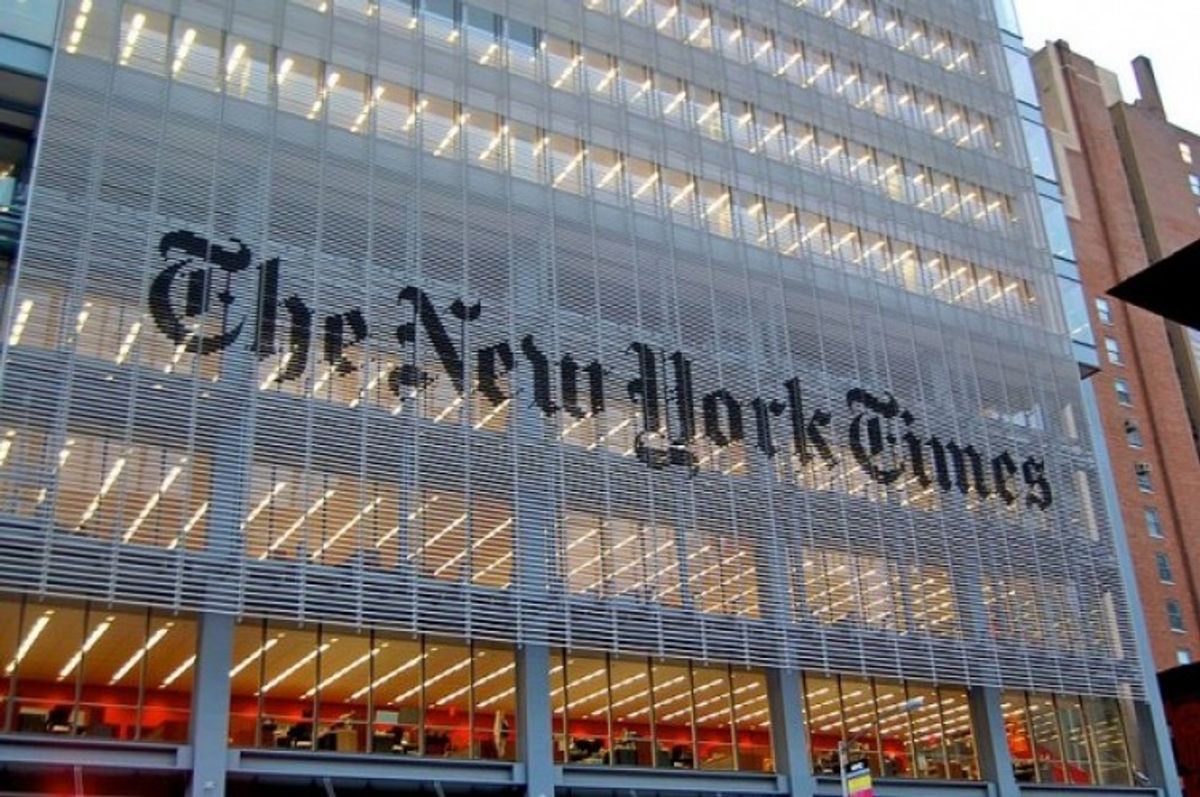 The New York Times dropped a bombshell last night: As a young man, Democratic nominee for mayor of New York Bill de Blasio was... pretty left-wing. And he supported the Sandinistas in Nicaragua. And he once was in favor of democratic socialism. The Times presents this information as something they uncovered, as if de Blasio had somehow hidden it:

As he seeks to become the next mayor of New York City, Mr. de Blasio, the city’s public advocate, has spoken only occasionally about his time as a fresh-faced idealist who opposed foreign wars, missile defense systems and apartheid in the late 1980s and early 1990s. References to his early activism have been omitted from his campaign Web site.

In fact, de Blasio has spoken publicly about his time in Nicaragua as recently as last December. But the story of de Blasio's youthful activism is interesting and not that widely known -- I didn't know about it, and I have actually been paying a decent amount of attention to this race -- making it great material for a brief biographical sketch of the candidate as an idealistic young man.

This brief biographical sketch, though, sounds a bit like opposition research, or at least like an attempt to "shake up" the race and force the candidate to answer questions about his Commie past. It's got hints of that very sober but slightly inflammatory tone that the Times puts on when it's causing trouble. De Blasio, we're told, "went to Nicaragua to help distribute food and medicine in the middle of a war between left and right. But he returned with something else entirely: a vision of the possibilities of an unfettered leftist government." Unfettered! I don't like the sound of that.

The Times says "[de Blasio's] time as a young activist was more influential in shaping his ideology than previously known" (this is the declaration that the information in this article is relevant news and not just old stories) "and far more political than typical humanitarian work." Yes, because it was... activism? I mean what is "typical humanitarian work" here, exactly? De Blasio was working with the Quixote Center, a Catholic social justice group that fights poverty and economic inequality and that is inspired by liberation theology. This is actually very typical humanitarian work, and Catholic groups in particular have been doing it for years.

But the Times seems determined to make working for a Catholic social justice organization sound much more radical than it really was, or is. So unnamed "critics" make a few appearances, to suggest that de Blasio and his friends were Marxists -- "its harshest critics accused it of hewing to a Marxist agenda" -- or naive hippies: "Critics, however, said they were gullible and had romanticized their mission — more interested in undermining the efforts of the Reagan administration than helping the poor." Which critics? Who knows! How accurate were these criticisms? You decide!

The piece is generally lacking in useful context, about the history of Catholic social justice movements, peace activism, or the U.S. government screwing around with Latin America. It does note that Reagan's secret support for the right-wing Contras, in their violent campaign to overthrow the government of Nicaragua, was illegal, which undermines the notion that supporting the Sandinistas was terribly radical. But stuff like this is a bit reductive: "The involvement of the United States galvanized activists across the country who saw parallels to Vietnam." I think they perhaps also saw parallels to Chile. And Cuba. And Guatemala and Brazil and Argentina. And a couple other places.

After de Blasio returned from Nicaragua and moved back to New York City, he began volunteering for another Nicaraguan peace organization. The Times attempts to make some hay of the fact that de Blasio continued to associate with Marxists and support the Sandinistas even after they lost power. It is noted that his group celebrated the Cuban revolution and de Blasio even honeymooned in Cuba. At a retreat de Blasio once publicly endorsed "democratic socialism." But de Blasio isn't hiding from any of this:

In a recent interview, Mr. de Blasio said his views then — and now — represented a mix of admiration for European social democratic movements, Mr. Roosevelt’s New Deal and liberation theology.

It should go without saying that nothing here is shocking. Support for democratic socialism is not particularly controversial or unusual in most of the rest of the world and left-wing popular movements still enjoy a great deal of support in Latin America despite a century of American efforts to undermine and destroy them. (The current democratically elected president of Nicaragua is Daniel Ortega, the former leader of the revolutionary Sandinista government.) De Blasio's sympathy for liberation theology is shared by... the pope. In New York City in 2013, I think Republican Joe Lhota is going to have a tough time making de Blasio's support for the Sandinistas into a successful attack line or wedge issue.

(NB: America has a lot of still-respected public figures and statesmen in this country who loudly supported the Contras, and apartheid, and Pinochet, and worse, and none of that is ever dredged up as controversy-bait except by cranky lefties.)

Despite the article's myriad problems of tone and its various insinuations, it's a useful and interesting look at the background of the guy who might soon lead America's biggest city -- a city that has a great deal of money and also a huge, struggling underclass. It's heartening, actually, to see the idealism of young de Blasio, especially for those who supported him but were concerned that he was perhaps just another empty Clintonite Democrat with a consultant-crafted "progressive" message. The guy actually does care. A romantic attachment to a popular revolutionary movement suggests a sincere commitment to justice.

The reason articles about politicians as young people are fascinating and necessary is because sometimes it is worth asking what led a person to go into politics in the first place. That can often tell you a lot about what sort of elected official they will be. Some people run for office because they're really, really good at running businesses. Some because they're really, really good at raising money. Some care a lot about one particular issue, and some people go into politics because politics is the family business. And some go into politics because they were activists who decided to spend their lives and careers fighting for justice.

For some reason, the "my dad was a senator" ones and the "I was really good at making money" ones are treated a bit more respectfully in the press than the activists, though the activists are the ones who already demonstrated a commitment to helping others. An activist background doesn't mean a politician is gong to turn out to be a great elected official (see: Christine Quinn) but it's generally a sign of good intentions. This New York voter likes Bill de Blasio a bit more today.