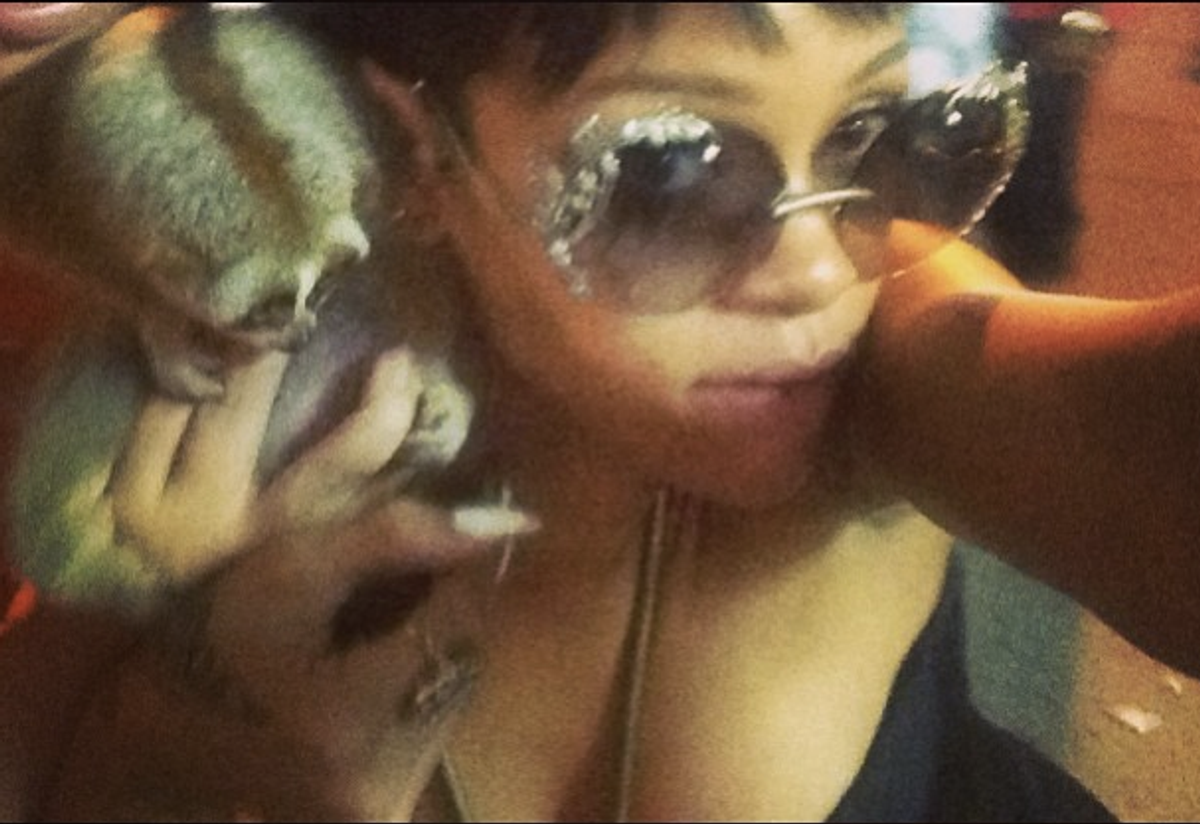 A slow loris "talks dirty" to the pop star (badgirlriri/Instagram)
--

Two men were arrested in Thailad on suspicion of trading in protected species, The Guardian reports. Their downfall can be traced back to a misguided Instagram selfie posted by Rihanna.

In all likelihood, the 25-year-old pop star wasn't trying to be a hero. She had just taken advantage of a popular, but illegal, tourist activity while vacationing on the resort island of Phuket: posing with the endangered slow loris:

But the photo, being a Rihanna selfie, was too popular for the Thai government to ignore. The protected species trade is "like a cat-and-mouse game," said the Phuket district chief. "But this time it's bigger because a celebrity like Rihanna posted the picture, and there were more than 200,000 'likes' from around the world."

Officials set up a sting Sunday night, arresting a 20-year-old man and a 16-year-old and confiscating two slow lorises that were in their possession. The men face up to four years in jail and 40,000 baht (about $1,300) if convicted.

After helping to save the slow loris, Rihanna moved on to elephants:

From there, she tweeted updates from a sex show -- also illegal. But authorities say that so far, she's yet to shut down the island's red-light district.