Fearing a Tea Party challenge back home, Mitch McConnell has all but abandoned his Senate minority leader post 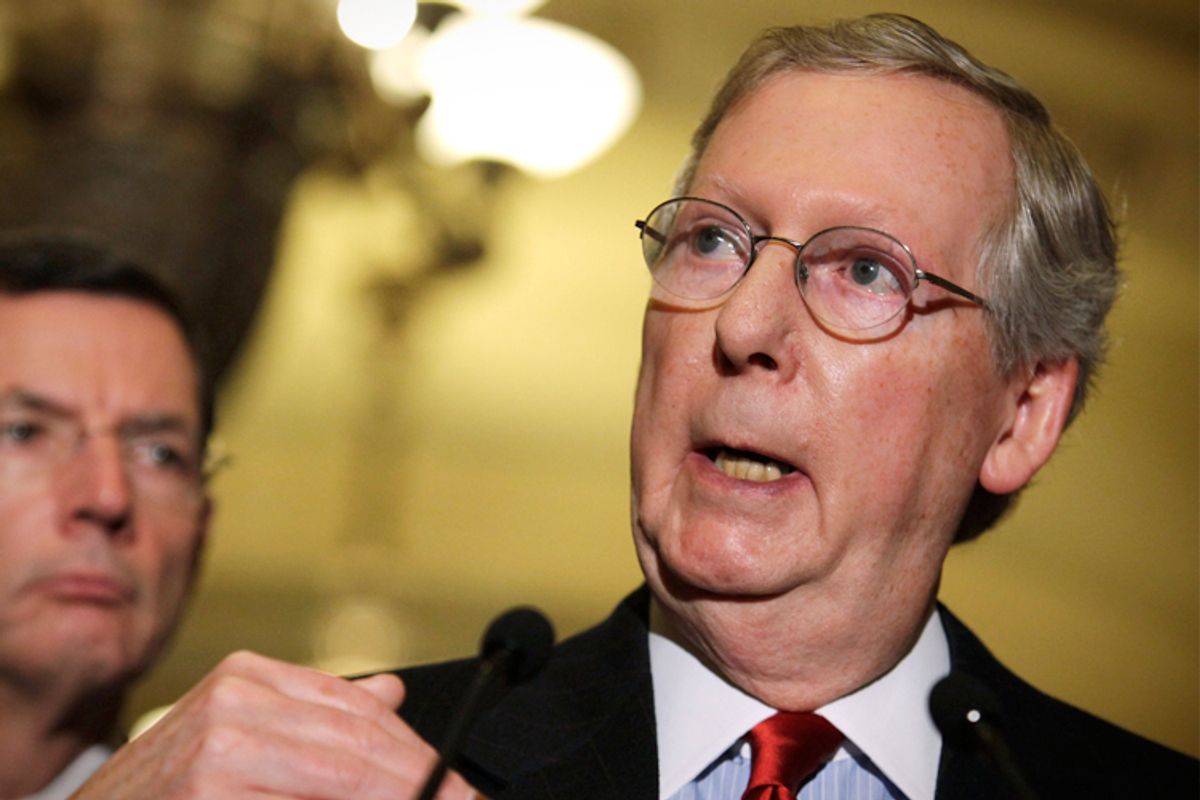 During the Tea Party years of the Obama era, arguably no one Republican has been more integral in striking deals than Kentucky senator and Senate Minority Leader Mitch McConnell. Despite McConnell's reputation as the man who said his No. 1 goal was to stop President Obama from winning a second term, it's been McConnell at the table when the big deals — be they over threatened government shutdowns, debt defaults or fiscal cliffs — have been finalized.

Yet with a Republican primary challenger nipping at his heels back home in Kentucky, the Senate minority leader is conspicuously absent from recent negotiations. And, some lawmakers worry, with another government shutdown and another debt ceiling breach on the horizon, McConnell's departure from the negotiating table has come at the very worst time.

Democrats and, increasingly, Republicans are complaining that the minority leader’s absence from many of this year’s most intense and consequential negotiations — from immigration overhaul to the budget to a fight over internal rule changes that almost paralyzed the Senate — has created a power vacuum and left Democrats without a bargaining partner.

As the Times goes on to note, McConnell's internal polling shows him with a substantial lead. But the naturally cautious politician is still operating as if he were in a neck-and-neck race for political survival. And, perhaps more disturbingly, he's continuing to swear off any further engagement in negotiations:

“The House and the White House in the end will have to reach some kind of understanding on both these issues,” Mr. McConnell said last week as he sat in his spacious Capitol office and looked toward Sept. 30, when much of the federal government runs out of money, and mid-October, when it exhausts its borrowing authority. “I don’t intend to participate in any discussion, publicly or privately, that raises taxes or spends more than current law.”

In short, he's taking nothing for granted. Nothing, that is, except the full faith and credit of the United States.