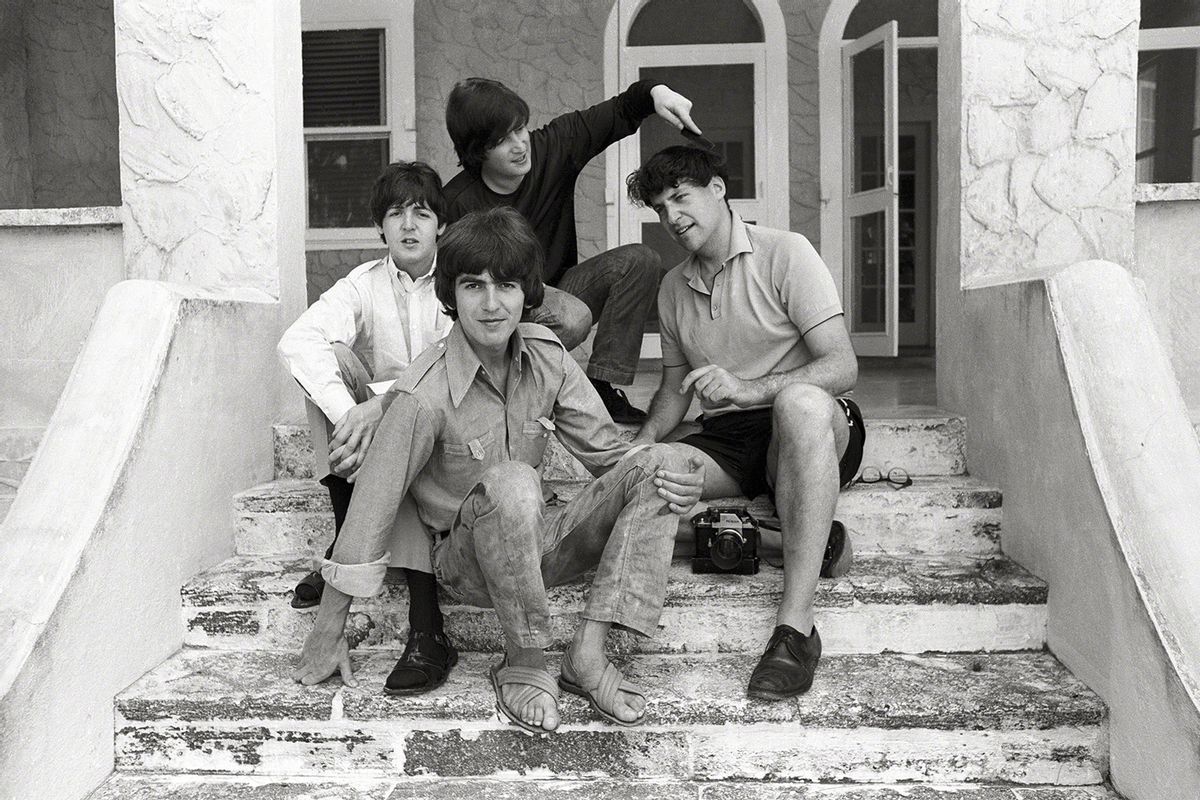 THE GREATEST RIVALRY IN THE HISTORY OF ROCK AND ROLL takes a scholarly and engaging turn in John McMillian’s parallel biography: Beatles vs. Stones. Most readers will already know that the Beatles were cuddly pop stars, while the Stones played their foils as edgy, dangerous rockers. Many will have heard that the Beatles were in fact from far grittier, blue-collar backgrounds in the North, while the Stones enjoyed comfortable upbringings in London suburbs. But Beatles vs. Stones tells a more nuanced story; it exposes the rivalry between the two bands as part myth, part publicity stunt, part invention of the press, and mostly an extension of their managers’ personalities. In the case of the Beatles, the diligent but insecure Brian Epstein truly did crave approval from all demographics (and from the Fab Four above all). His counterpart in the Stones, the brash (and ridiculously inexperienced) Andrew Oldham, concocted a rebel image through antics that were less cunning than they were quixotic. Oldham, in fact, often steals the show during these opening chapters. At nineteen, he somehow faked interest in electric blues and convinced the Rolling Stones not only to sign with him, but to start writing original songs. Without ever playing an instrument, Oldham arguably invented the rock-and-roll attitude. The book is less flattering to other key players. Brian Jones might’ve been the Stones’ founder and first musical impresario, but he was also vain, petty, self-alienating, and so jealous of Mick and Keith that he would go as far as sabotaging shows. Meanwhile, Mick Jagger passively encouraged the Beatles to sign with Allen Klein, knowing all too well that he was a thief. (Apart from stealing Brian’s girlfriend, Keith’s greatest offense seems to be unreliability; the historical record contradicts most of his iconic submissions to Rolling Stones lore.)

But Beatles vs. Stones reserves the biggest heartbreak for John Lennon fans. McMillian does an outstanding job capturing the desperation of young Lennon. The lack of prospects for an undereducated, blue-collar orphan in late-fifties Liverpool is as palpable as John’s will to escape. But here again, the facts speak for themselves: Lennon was a teenage bully and vandal, possessive of and habitually unfaithful to women—his first wife Cynthia included. Paul McCartney seems to be the only bandmate ever to earn a pass from Lennon’s constant derision. Somehow, John couldn’t even summon a few moments of good behavior to meet his boyhood idol, Elvis Presley. The infamous “bigger-than-Jesus” scandal is actually testament to how generous the press was to the Beatles. John routinely made far more offensive comments, at one point screaming, “Fuck off and buy more records!” to a group of fans gathered outside a hotel. His cruelty culminated in the homophobic, anti-Semitic insults that Lennon hurled at Brian Epstein—the man who’d made him a star and who most wanted to please him. The critically acclaimed author of Smoking Typewriters: The Sixties Underground Press and the Rise of Alternative Media in America, McMillian’s greatest success here is his ability to dispense with the tidy, nostalgia-soaked versions of the counterculture that are so prevalent in rock history.Beatles vs. Stones captures an era that was confusing, tumultuous, often teetering on the edge of violence. At many concerts, there was more Altamont in the air than there was Woodstock. For pop stars, entering the public eye also meant wandering into an ideological vacuum. The backlash after the release of the Beatles’ “Revolution” (and later, the inverse reaction to the Stones’ “Street Fighting Man”) vividly shows the fault lines within the New Left. Oldham, Jagger, and the rest of the Rolling Stones consistently managed to win approval with more radicalized commentators. Their success was more about dexterity than values. As the author puts it: “Without ever devising or articulating a formula for instigating a cultural revolt, the Rolling Stones began to stumble upon one.” The Beatles, on the other hand, avoided controversy but provided a generational touchstone. One of the book’s most telling episodes recounts a Berkeley SDS gathering in which the students—unable to recall the lyrics to old labor standards—broke out into a blissful rendition of “Yellow Submarine.”

McMillian uses historical rigor to pull this conversation out from the jaws of celebrity memoir. His account pulls no punches, and injects new vitality into a well-worn subject. The book’s only shortcoming is that it ends as abruptly as the rivalry, with the breakup of the Beatles in 1970. In the aftermath, it’s hard not to feel that McMillain’s bigger project—applying this astute lens to the history of pop—is just getting started.