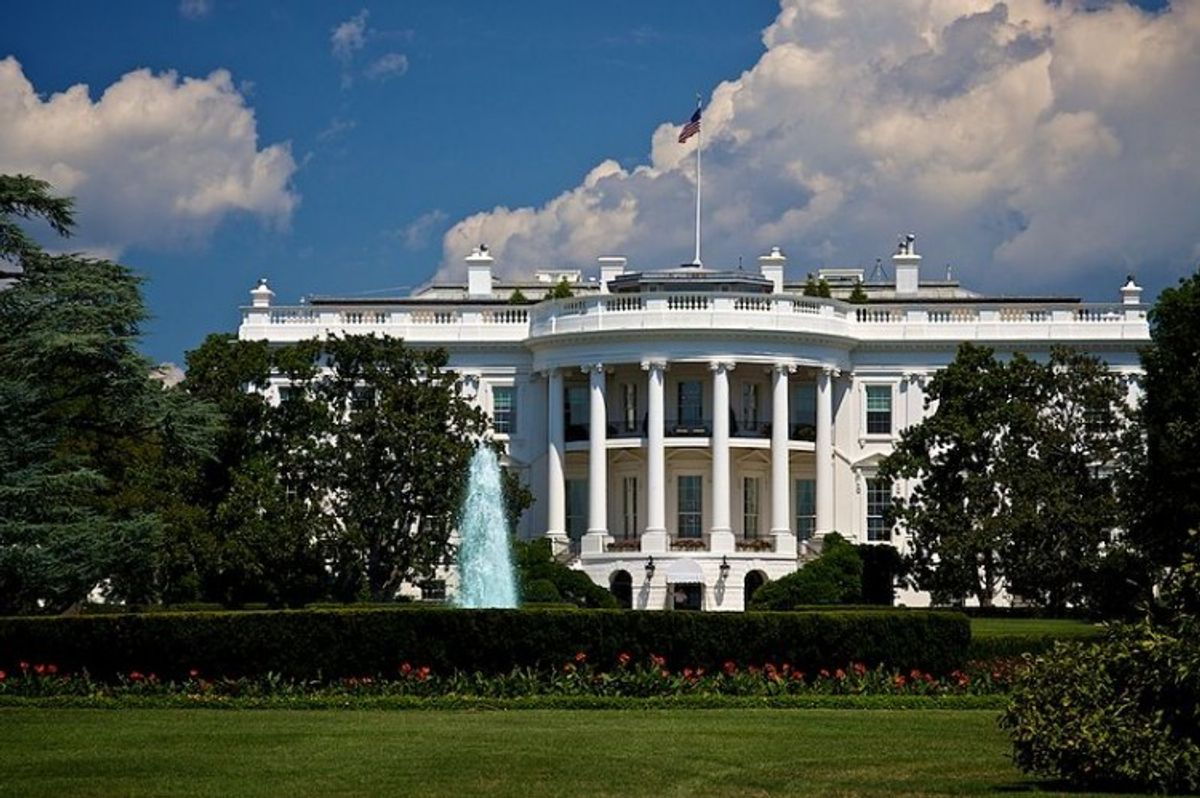 Cleaning and concessions workers plan to walk off their jobs in federal buildings Wednesday and march on the White House, where they’ll demand President Obama wield his executive authority to raise the labor standards for their taxpayer-funded jobs. Organizers expect turnout for the work stoppage to outstrip the fledgling union-backed group’s first strike May 21, which drew just over a hundred Washington, D.C., workers.

Delano Wingfield, who’ll be striking for the third time tomorrow, told Salon that the federal government “should take a lion’s share of the responsibility” for the fact that he makes just $9 an hour working in the food court at Union Station. “I feel as if they shouldn’t take ownership of the building if they’re not going to take ownership of the operations,” said Wingfield. “Right now it’s actually like really tight …” he said. “Most of my money is on bills and rent.”

As I’ve reported, the same group -- called Good Jobs Nation – has mounted three smaller, building-specific strikes since the citywide work stoppage in May. The campaign is backed by the Service Employees International Union and community allies. Its target isn’t the companies that directly employ the workers on paper, but rather the federal government, under whose concession and lease agreements and contracts they work. Their effort exemplifies twin trends in the modern, embattled labor movement. First, the rise of one-day, non-union strikes by minorities of the workforce, designed to embarrass bosses and engage co-workers and the public. And second, new campaigns that sidestep workers’ legal employer -- whether a fast food franchisee, a warehouse company hired by Wal-Mart, or a federal contractor -- and instead attempt to squeeze the “real boss”: the fast food corporation, the retail giant or the president of the United States.

Good Jobs Nation has so far avoided laying out a specific executive order that Obama should sign. But he has multiple options at his disposal that could – without involvement from Congress – raise labor standards for taxpayer-funded jobs. One would be to implement a “high road” contracting policy that would offer companies with higher standards a leg up in securing contracts, a move that the New York Times reported in 2010 was being pursued, but never came to pass. President Obama did sign an executive order banning federal contractors from billing the government for the costs of union-busting campaigns, although a Salon investigation revealed that the order did not prevent contractors from using office space rented by the government to hold mandatory anti-union lectures.

Of course, not everyone on a federal contract is just scraping by. The progressive think tank Demos – which previously published a report estimating that about 2 million workers make $12 per hour or less while doing taxpayer-supported jobs – tonight is releasing a new study arguing that big raises for subcontracted workers could be paid for simply by capping their boss’ salaries. The study, “Underwriting Executive Excess: Inside a $7 Billion Subsidity of Inequality,” tallies the cost of compensating top contractor executives at 23.9 billion taxpayer dollars a year. “If taxpayer-funded payouts for these executives were capped at $230,700 – the salary of the U.S. Vice President – the pay of hundreds of thousands of low-wage federal contract workers could be raised by as much as $6.69 per hour,” write authors Robert Hiltonsmith and Amy Traub.

The workers’ campaign has drawn the attention of congressional Democrats, 17 of whom wrote to Obama in July to urge “immediate action.” Congressional Progressive Caucus' Keith Ellison and Raul Grijalva and 15 colleagues wrote that, “Although these contractors enjoy the prestige and get revenue at prime federal locations, the federal government washes its hands of these workers, leaving them with exploitative wages.” Asked in June about Obama’s inaction on the issue, Ellison told me, “I think what’s preventing him is the people he puts around him … If [GE CEO] Jeff Immelt is the head of your jobs thing, and somebody from Wal-Mart is the head of your OMB, you know, what kind of advice are you getting around low-wage workers?”

Tomorrow’s planned protests include a morning march with members of Congress, a prayer vigil with clergy, the attempted delivery of a letter to the White House, and a press conference featuring Ellison and Sen. Bernie Sanders. Those planning to strike include workers who serve food or wash floors at Union Station (owned by the Department of Transportation), Smithsonian Museums (owned by the federal Smithsonian Institution), and the Ronald Reagan Building and Old Post Office (owned by the General Services Administration).

Workers allege that some employers in D.C.’s federal buildings have not only failed to pay a living wage, but have paid them less than they’re legally owed under federal law (“wage theft”). Those allegations, amplified by strikes, have sparked an investigation by the federal Department of Labor; a DOL spokesperson told Salon Tuesday the investigation remained open. Workers also secured a sit-down with GSA administrator Dan Tangherlini. In that meeting, which followed a prior surprise confrontation at the doorway of his house, workers asked the agency to audit all of its contracts for potential wage theft. But according to the campaign, workers left with the sense that the GSA was unlikely to be of help.

Asked about the campaign, GSA spokesperson Dan Cruz emailed that the agency “has clear guidelines in our contracts to ensure that our contractors follow the law, and we take allegations of violations very seriously.” Cruz noted that the GSA had written to Trade Center Management Associates, which manages the Ronald Reagan Building, “reiterating that it must follow federal and local laws in their own contracts with the food court tenants.” Cruz added, “We look forward to reviewing the results of DOL’s investigation and will take appropriate actions where necessary.” TCMA noted in an email of its own that it “does not hire or employ the employees of the businesses operating in the food court,” and said it would “take the appropriate actions and steps” if the Labor Department affirmed allegations.

Along with illegally low wages, Good Jobs Nation alleges that workers have faced illegal punishments for their involvement in past strikes. Four food court outlets in the Ronald Reagan building allegedly initially refused to let their employees resume work the day after the May 21 strike, but backed down after activists converged for an emergency rally in the food court. In July, a few days after the next Reagan Building work stoppage, striker Antonio Vanegas was placed in immigration detention for four days. Vanegas was also fired from his job at Quick Pita, ostensibly for not finishing a task fast enough. The disposition of his immigration case is not yet clear.

While tomorrow’s strike hasn’t been previously announced, Delano Wingfield told Salon that the planned work stoppage was “pretty known” within Union Station, “and a lot of the bosses are communicating with each other to make sure that that doesn’t happen, or it’s contained.” While “initially I wasn’t afraid,” said Wingfield, now “I’m somewhat nervous. But I feel I can’t really pull back. I’m in too deep now.”