Hey, white guys: No, you're not the victim of a "lynch mob" 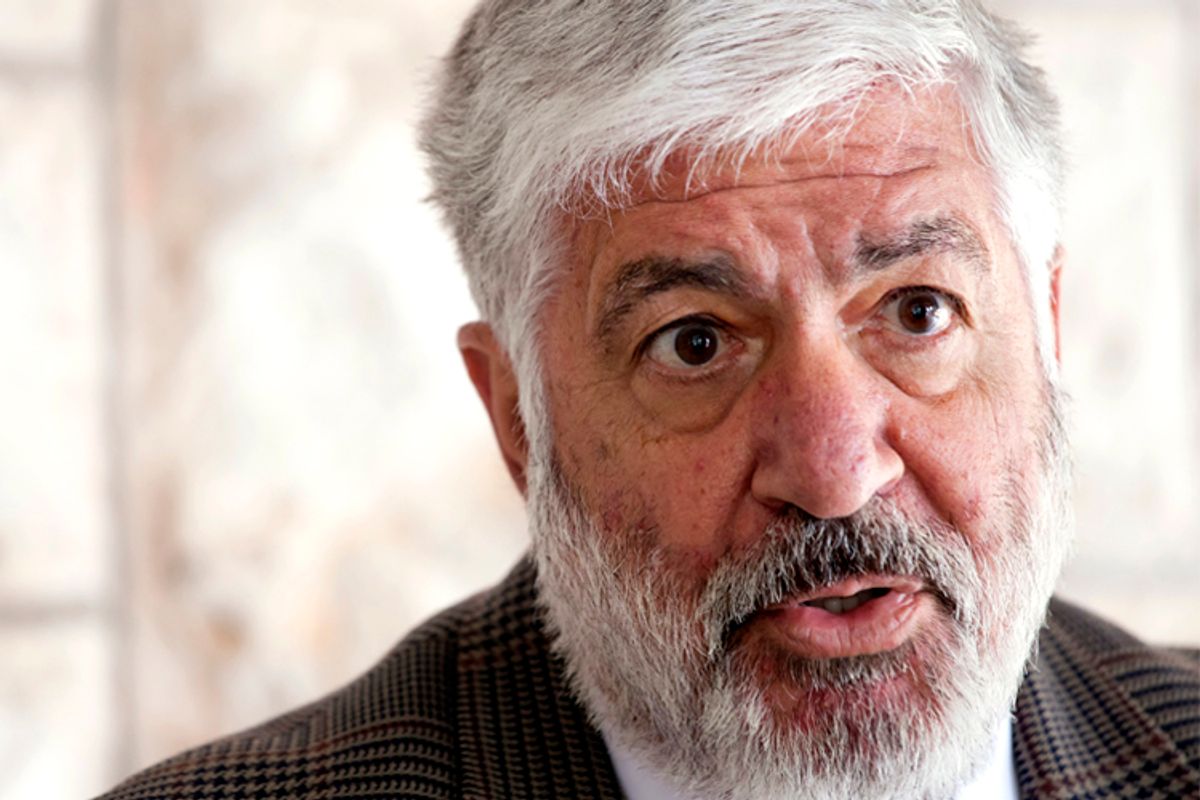 Robert Benmosche, the CEO of insurance giant and thriving example of everything wrong with finance capitalism AIG, sat down for a friendly interview with the Wall Street Journal and said something very stupid and terrible. AIG has long been in the business of doing stupid and terrible things, and not long ago some of those things led to the government throwing a lot of money at AIG to prevent that company from totally destroying the entire global economy. After the money gift from the government, AIG rewarded itself for its horribleness by giving a bunch of executives massive bonuses.

Bonuses are supposed to reward exceptional performance, so a lot of people were pretty confused about these bonuses and upset that the bonuses were effectively funded by the government. People got mad, some protested, some said very critical things, and some people petitioned Congress to take away the bonuses.

Here is what Benmosche said about that:

The uproar over bonuses “was intended to stir public anger, to get everybody out there with their pitch forks and their hangman nooses, and all that-sort of like what we did in the Deep South [decades ago]. And I think it was just as bad and just as wrong.

People protesting AIG's bonuses was "just as bad and just as wrong" as lynching. Lynching, you may recall, was a decades-long campaign of political terrorism that involved the murder of thousands of primarily black people.

This incredibly offensive quote didn't even appear in the actual Wall Street Journal article based on the interview. As CJR's Ryan Chittum notes, the Journal saved it for a blog post that went up two days later. Good news sense, guys.

To be fair to the Journal, though, it is not exactly uncommon for well-off white guys to make insensitive and idiotic lynching analogies. Benmosche was not even the first prominent person to do so this month. You may recall the story of Pax Dickinson, the former chief technology officer of Business Insider. After people noticed his years-long history of making vile sexist, racist and homophobic remarks on Twitter, including comments that probably could've made his employer vulnerable to a discriminatory hiring suit, lots and lots and lots of people called on Business Insider to fire him. It did so.

This led to the usual brow-furrowing blog posts about "free speech" and mass online outrage. One such post was written by Matthew Ingram, a senior writer at the influential technology blog GigaOm. The post has since been altered to remove the reference, but it originally said, "when does shaming become a lynch mob?" That is a question with a very simple answer: When the person being shamed is murdered by racist vigilantes. But Ingram was using the term "lynch mob" to mean "a person being the target of lots of outraged criticism."

This was not even the first time Ingram had used that term in that ignorant and insensitive way! Here he is on Oct. 31, 2012, asking, "when does community action against an anonymous troll become a lynch mob?" (Same answer.) Here he is using it again in March of 2008.

Privileged white guys who feel persecuted use the lynch mob analogy all the time. In 2006, Richard Cohen, the columnist for and elaborate prank played on us by the Washington Post, wrote a column with the provocative headline "Digital lynch mob." According to Cohen, he was the victim of said "digital lynch mob," because he received a lot of mean emails. That was it. That was the entire "lynch mob" that attacked Richard Cohen: 3,500 emails. No harm of any kind came to Cohen. He has not been fired, or suspended, or punished in any way for the things that people have written him nasty emails about. The result of the "digital lynch mob" was that he had to read some unpleasant things. (Cohen is still attached to the phrase, as it popped up again in a column just this month.)

Aggrieved white men of America, here's a little tip from your old pal "historical consciousness": People being mean to you is not remotely equivalent to genocidal violence. You are not at any risk of ever facing anything close to an actual lynching. It is not effectively legal for people to murder you. If someone did murder you, the state would attempt to arrest and punish them. If you wouldn't claim to be the victim of a "genocide," don't claim to be the victim of a lynch mob.

Words have meanings. The era of lynchings is one of the darkest points in American history. The Tuskegee Institute, one of a few organizations that attempted to count all documented American lynchings, lists 3,445 black victims of lynch mobs between 1882 and 1968. Almost 200 anti-lynching bills were introduced in Congress during those years. Three passed the House. None passed the Senate. Lynchings were effectively state-sanctioned and they continued happening well into the 20th century. The last known survivor of a lynching attempt only just died in 2006 -- one month after Richard Cohen's column about his mean emails.

To compare being the target of protest or criticism to the shameful, horrific, common practice of lynching -- or to think you can append some idiotic modifier like "digital" and use the phrase to mean whatever you want -- isn't just ignorant. It cheapens the phrase, strips it of meaning, and dilutes the awfulness, and the appalling recentness, of a great generational crime against black Americans.