This is a weird experiment 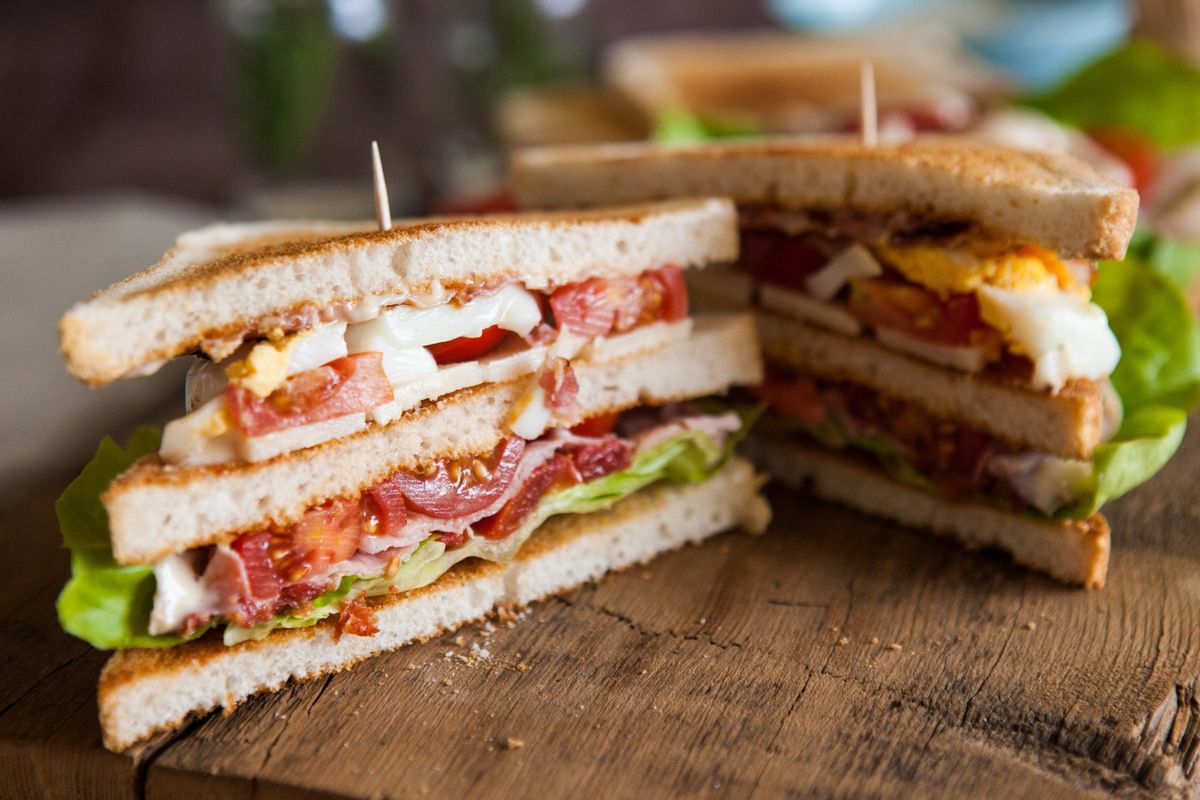 Have you read the thing in the New York Post about the woman who is making her boyfriend 300 sandwiches so that he will propose to her?

The relationship is also, it should be noted, not built on sandwiches alone. The couple have "moved in together to a sleek place in Brooklyn ... met each other’s parents, traveled internationally without strangling each other and successfully hosted many a dinner party."

So what we have here, essentially, is a pretty traditionally gendered relationship in which the couple has turned their probably-would-have-happened-anyway engagement into a gimmick to elevate Smith's media profile. Obviously, the premise of the thing itself is sexist. Smith must "do" something to "earn" Schulte's proposal, but still, based on that alone, I say, "Cool. You do you. Whatever."

But it's Smith's chronicle of the experience that reveals just how weirdly sexist the sandwich experiment is in practice rather than just in name.

Let's consider this together.

Smith and her partner agree that once she has made him 300 sandwiches, he will propose to her. So she sets to work ... making sandwiches:

I started with the easy things. My second sandwich after the turkey and Swiss was a two-second ice-cream sandwich constructed from Anna’s ginger thin cookies and blackberry currant ice cream. My early thinking was quantity, not quality.

Ten sandwiches or so in, I did the math. Three sandwiches a week, times four weeks a month, times 12 months a year, meant I wouldn’t be done until I was deep into my 30s. How would I finish 300 sandwiches in time for us to get engaged, married and have babies before I exited my childbearing years?

Smith is likely playing the ticking clock aspect of the experiment up for dramatic effect, but it's still troubling to read a woman in 2013 ponder aloud, basically, "How will I make enough sandwiches for my boyfriend so that he will marry me before my eggs dry up?"

And as Smith goes on, the sandwich-making turns less into an Advent calendar-style means of counting off the days until they get engaged to a form of one-sided currency. As time passes, Smith "made sandwiches for breakfast, lunch, dinner and dessert. I made sandwiches to get myself out of the doghouse -- like No. 67, a scrambled egg, smoked salmon and chive creation that combined some of Eric’s favorite things to make up for my being 45 minutes late for dinner the night before."

"Even after covering movie premieres or concerts for Page Six," she continues, "I found myself stumbling into the kitchen to make Eric a sandwich while I still had on my high heels and party dress."

Another way of saying that is, "Even on days when I was very tired and worked very hard at other things, I still made sandwiches in service of getting engaged." Now this experiment sounds less like a fun, quirky way to move toward a mutual goal in the relationship and more like a contract of "playful" subservience. Which is, you know, not cool.

Smith acknowledges near the end of her piece that the experiment, all of these many sandwiches later, has become less frantic, and more about the togetherness of planning meals with Schulte. But the general takeaway from the story remains an uncomfortable one: Smith must wait until Schulte determines -- for her -- the "right" time for them to get engaged. It's not a decision they can reach together, despite the time they have already already spent discussing it. The power, and the sandwiches, are all controlled by Schulte.

And it is him, after all, who gets the final word in Smith's essay, in which he reminds us that Smith's approach of female submission and bargaining for commitment is a winning one: "You women read all these magazines to get advice on how to keep a man, and it’s so easy,” he told the Post. “We’re not complex. Just do something nice for us. Like make a sandwich.”