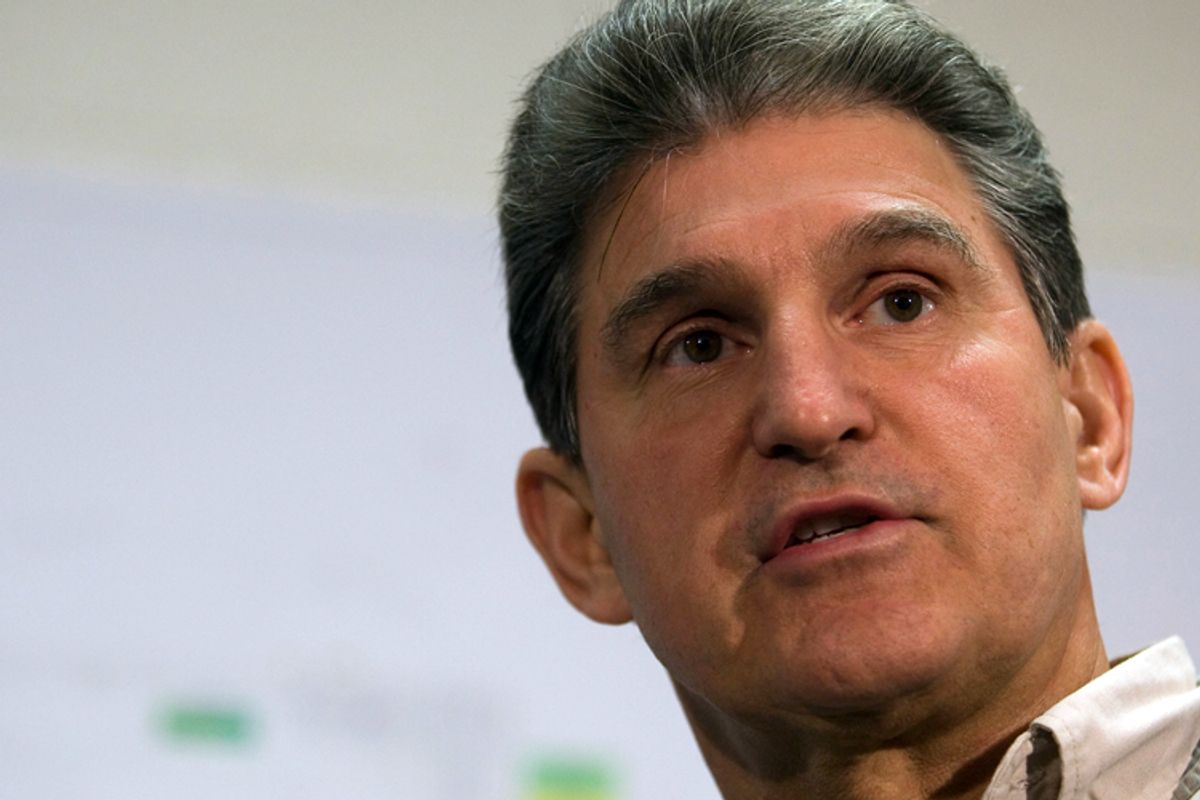 The West Virginia senator, who has a well-earned reputation for bucking his own party, announced Thursday that he would support a hypothetical compromise bill to fund the government and delay Obamacare's individual mandate for one year.

This represents the first break in what had been a united front among Senate Democrats against allowing any changes to the president's signature healthcare bill in exchange for averting a shutdown.

The individual mandate is the linchpin of the law that requires most Americans to purchase health care through government-run insurance exchanges. Republicans, led by a group of newcomers in the House, are pushing to dismantle the health-care law and are using a ticking clock on a possible Oct. 1 government shutdown as leverage.

The Democratic-led Senate will vote in coming days on the stopgap spending plan and before sending it back to the House will remove language that defunds Obamacare. Obama and House Majority Leader Harry Reid, a Democrat, have said they won’t support using the budget to change the health law.

Manchin, 66, said he’d be willing to delay the individual mandate as part of the budget negotiations because the Obama administration in July gave businesses an extra year to provide their workers with health insurance.

“Don’t put the mandate on the American public right now,” Manchin said. “Give them at least a year. If you know you couldn’t bring the corporate sector, you gave them a year, don’t you think it’d be fair?”