It's not just the numbers -- "SNL" has a white-dominated perspective, and that may not change any time soon 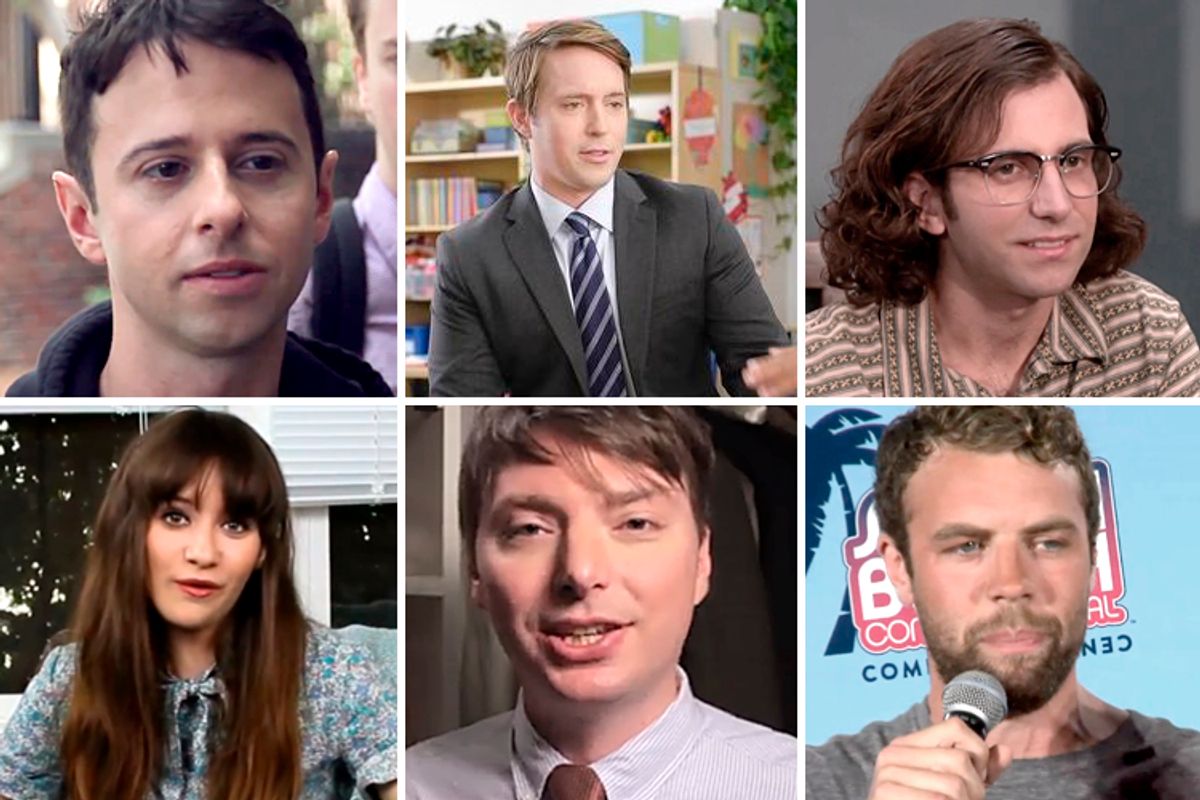 Entering its 39th season this weekend, “Saturday Night Live” has become one of the longest-running television shows in American history. The sketch comedy show, which established itself in the '70s as edgy and countercultural, continues to thrive in an industry ruled by neurotic executives and fickle audiences, pulling in higher ratings on Saturday nights than any other show on television. But with the recent departures of Bill Hader, Fred Armisen, Jason Sudeikis and, in upcoming months, Seth Meyers, the show is going through one of the biggest shakeups in its history, gambling on six new members who will hopefully be able to carry the show forward.

Despite its purported edginess, "SNL" has faced criticism for its lack of diversity since its inception, said Ronald Becker, an associate professor in Media, Journalism, and Film at the Miami University of Ohio and co-editor of the upcoming collection of essays "Saturday Night Live and American TV." According to Becker, early "SNL" was about “a baby boomer, white, male counterculture fighting an older generation of white male comedy.  It was more a generational counterculture, and had very little to do with racial diversity or gender diversity, or gender sensibility in comedy.”

But good comedy, as so many comedians will tell you, is honest. And diversity in comedy is essential to honesty, especially in a country that’s more diverse than it's ever been. Andrew Alexander, the CEO of one of the most prominent comedy breeding grounds in the country, Second City, realized the importance of diversity on the stage when he witnessed the Los Angeles race riots in 1992. “I went to see our improv set,” Alexander told Salon, “and it was six white actors trying to struggle with how to creatively and comedically talk about the riots. They were having a real challenge because it was all white and there was no racially diverse individual in that cast to give us that point of view to make the comedy work authentically.”

"SNL’s" all-white, predominantly male casting call got some minor criticism, but many defended the decision by arguing that the cast of 16 performers, which currently includes three people of color (and six women), approximately reflects the demographics of a nation in which white people are the majority. (Though, according to the Census Bureau, not for much longer.) This logic is a common defense within the industry. Alexander also argues that there isn’t a large enough pool of minority comedians to pick from: “I think any producer will tell you that they would like a bigger pool to draw from. I think we’re just a reflection, so I assume that people who are producing television shows do wish there was a larger pool to draw from.” (NBC declined to comment on "SNL" for this story.)

But people who complain that the pool of minority comedians in America is too small are “looking at the country club pool. They’re not going to the public pool,” said W. Kamau Bell, host of the nightly FX comedy show “Totally Biased,” which tackles politics, current events and race and is produced by "SNL" alumnus Chris Rock.

The diversity problem becomes much clearer when you look at it not from an audience’s perspective, but from a comedian’s. Bell’s goal as a child was to be on "SNL," citing Rock and Eddie Murphy as inspirations. But as his comedy developed, he started to wonder, “Huh, how come there are only ever one or two black people [on SNL]?”

“If you’re a white guy, and you take classes at UCB, hang out at UCB, you know, that can be enough,” he said. But if you’re “not a white guy, [you] do not want to put all your eggs in one basket.” (In a recent Hollywood Reporter profile, "Grimm" executive producer Todd Milliner, who lost a television show host audition to Aisha Tyler, dropped a troubling but revealing joke: "When an African-American woman takes your spot and you're a white guy, it's time to hang it up.")

Having only one or two minority cast members is essentially implementing a quota. This tokenizes minorities, said Teja Arboleda, an assistant professor at the New England Institute of Art and producer of the PBS documentary "Crossing the Line: Multiracial Comedians,” who framed the problem in broader terms: “If you’re in a wheelchair most likely you’re going to make jokes about being in a wheelchair.  You’re not going to go onstage and just make jokes, because people are going to ask, ‘What are you doing here?’  But if you’re a white male, and you go onstage you don’t have to explain anything at all.  And there are so many comedians out there who are very funny, who never get heard because they have to explain themselves.”

This is why "SNL’s" diversity problem cannot necessarily be solved solely by hiring more black, Asian or lesbian comics -- because diversity is not about fulfilling quotas, it’s about broadening the perspective of the show. And historically,  Bell noted, the kind of comedy "SNL" does has a narrow perspective. "SNL" is “rooted in the tradition of schools like UCB and Second City, and doesn’t necessarily appeal to or include people with other perspectives,” he said.

“There are different styles of comedy,” explained Bell. “So it’s not like you can say, ‘Hey, people of color!  Come do comedy at UCB or Second City,’ because the fact is that the content that comes out of those places is not necessarily the type of content those performers want to create.

“I’m not mad at any of these places. I’ve performed at all of them. But when I do, I know what I’m getting into. I know that when I’m at UCB I perform in a way that’s totally different than a ‘Totally Biased’ crowd,” he said.

Take, for example, Issa Rae’s critically acclaimed Web series, “The Misadventures of Awkward Black Girl,” which was recently picked up by HBO. “UCB and Second City and even 'SNL' don’t have a history of speaking to what it is to be an awkward black woman in America. So they probably wouldn’t know where to put that,” said Bell. That’s also why Rock, an "SNL" performer in the early 1990s, left the show after only three seasons to work on “In Living Color.”  In 2011 he told Marc Maron, “I wanted to be in an environment where I didn’t have to translate the comedy I wanted to do.”

"SNL’s" perspective has brought it mainstream success, however, and therefore is not likely to change much. “Let's say you get a really cool, great multiracial cast and an interesting skit,” hypothesized Becker. “Is the audience of ‘Saturday Night Live’ going to tune in, or are they going to go elsewhere?  And would you be able to attract a new audience?  It’s really hard to attract a new audience nowadays, let alone keep your core audience.  And is the core audience of ‘Saturday Night Live’ going to like that kind of humor?  That’s just an unknown question and television producers don’t like unknown questions.

Paradoxically, as long as "SNL" exists, so will the push for more shows like “Totally Biased” and “Awkward Black Girl,”  which are part of today’s counterculture, said Becker. “And in some ways their counterculture credibility is established against ‘Saturday Night Live’s’ white, all-male narrow appeal and sensibility.”

So how can you achieve mainstream success if you’re a comedian whose work doesn’t fall into "SNL’s" vision of comedy? Bell suggests that “one is to go directly into the belly of the mainstream, like Shonda Rhimes, and then realize, ‘I have to be better, faster, stronger’ than most people.” Or you can make your own content and wait for the mainstream to find it. “That’s basically what happened to me. I wasn’t an Internet star, but I was making my own content at a handful of places around the country, and eventually, fortunately Chris Rock saw it. I was actively not depending on the mainstream to put food on my table,” said Bell. He hopes that “Totally Biased” can build an institution for minority voices.

But there’s still a long way to go, as “chasing people of color” puts a lot of pressure on today’s rising comics.  “Whereas,” Bell argued, “nobody is saying, 'Man, Jason Sudeikis is really a credit to the white race.'”

Correction: An earlier version misstated that Todd Milliner was affiliated with "Will & Grace." His production company partner Sean Hayes was on "Will & Grace."