The insidious rise of truthers, birthers, and deniers

Hassan Rouhani's comments on the Holocaust are part of a bigger pattern: the denier masquerading as rationalist 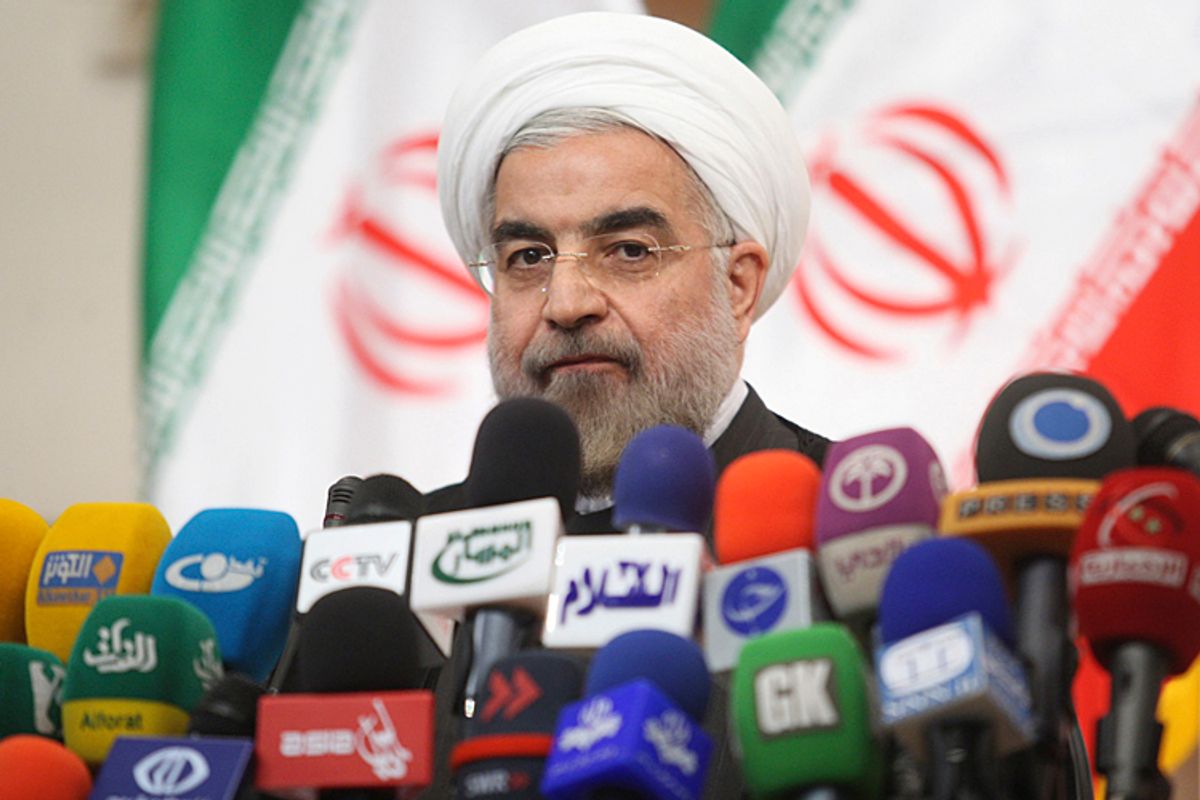 In terms of tricky public relations, it doesn't get more diplomatically challenging than trying to be a middle-of-the-road Holocaust denier.

In an interview with CNN's Christiane Amanpour this week, Iran's new president Hassan Rouhani appeared to part company with his predecessor Mahmoud Ahmadinejad -- a man who confidently declared the Holocaust a "myth" -- by acknowledging that while he's "not a historian," "the crime the Nazis committed towards the Jews as well as non-Jews was reprehensible and condemnable." He added, "Whatever criminality they committed against the Jews we condemn. The taking of human life is contemptible. It makes no difference whether that life is a Jewish life, Christian or Muslim."

CNN quickly trumpeted the scoop that Rouhani had admitted that "Yes, the Holocaust happened," and the Guardian reported that he'd "accepted that the Holocaust had taken place and called it reprehensible." The New York Times headlined that he was "denouncing [the] holocaust" and called the statements "groundbreaking."

Yet before the world could celebrate the idea that maybe an Iranian president was willing to vaguely acknowledge the systematic murder of several million individuals, both the subtlety of his remarks and the accuracy of CNN's interpretation provided mood-dampening context. Several publications, including the New Republic, noted that the semi-official news organization Fars disputes CNN's translation, saying he did not use the word "Holocaust." The Wall Street Journal acknowledged Rouhani's "more tempered tone," but also pointed out his insistence that "the aspects that you talk about, clarification of these aspects is a duty of the historians and researchers" --  as if discussing the facts of the Holocaust would be out of the intellectual grasp of the leader of nation. The Daily Beast, meanwhile, summed the whole thing up cleverly by calling Rouhani "a moderate Holocaust denier." And if you wonder why these distinctions matter, grab a bottle of Mylanta to steel your stomach for the slew of anti-Semitic comments below the Amanpour story. The Nazis may have done their terrible deeds a long time ago, but the ferocious refusal of bigots to acknowledge the suffering of the Jewish people is alive and well.

It takes a very special and determined ignorance to just keep on keeping on with a worldview that insists what is simply is not. In that respect, Rouhani's predecessor Ahmadinejad was truly an all-star of denial. But far more common and insidious is the denier who appears to yield a little bit to reason. We see it in the creationists who insist they merely want "intelligent design" to presented as another "theory," who act as if mythology should somehow be granted equal weight to a body of scientific data. We see it in the truthers and the birthers, who are just asking for a little more evidence that their crazy beliefs aren't legitimate. We see it in the tenacious, determined climate change deniers -- after all, they can't dispute a mercury busting thermometer or a tornado, but they can insist there's got to be a totally different reason for it. There's a whole realm of deniers who don't think of themselves as deniers. They just think they're looking at events and information most others accept as fact with a more agnostic perspective.

Such is the case with the man the media describes as currently being on a "charm offensive," a man whose big whoop-de-doo is that he's given a nodding acknowledgment that the Nazis killed Jewish people. Yet calling mass extermination of a people "whatever criminality" it may have been doesn't begin to suggest any depth of comprehension of the scope of the Holocaust. And when faced with hard evidence, saying that Hey, maybe things are possible; we don't really have all the facts; who am I to say? may separate the hardcore deniers from the slightly more skeptical ones. But it is not exactly a profound victory for enlightenment.