Zach Galifianakis gives Justin Bieber the slapping you wish you could

After mercilessly mocking the pop star, Galifianakis hit him with a belt 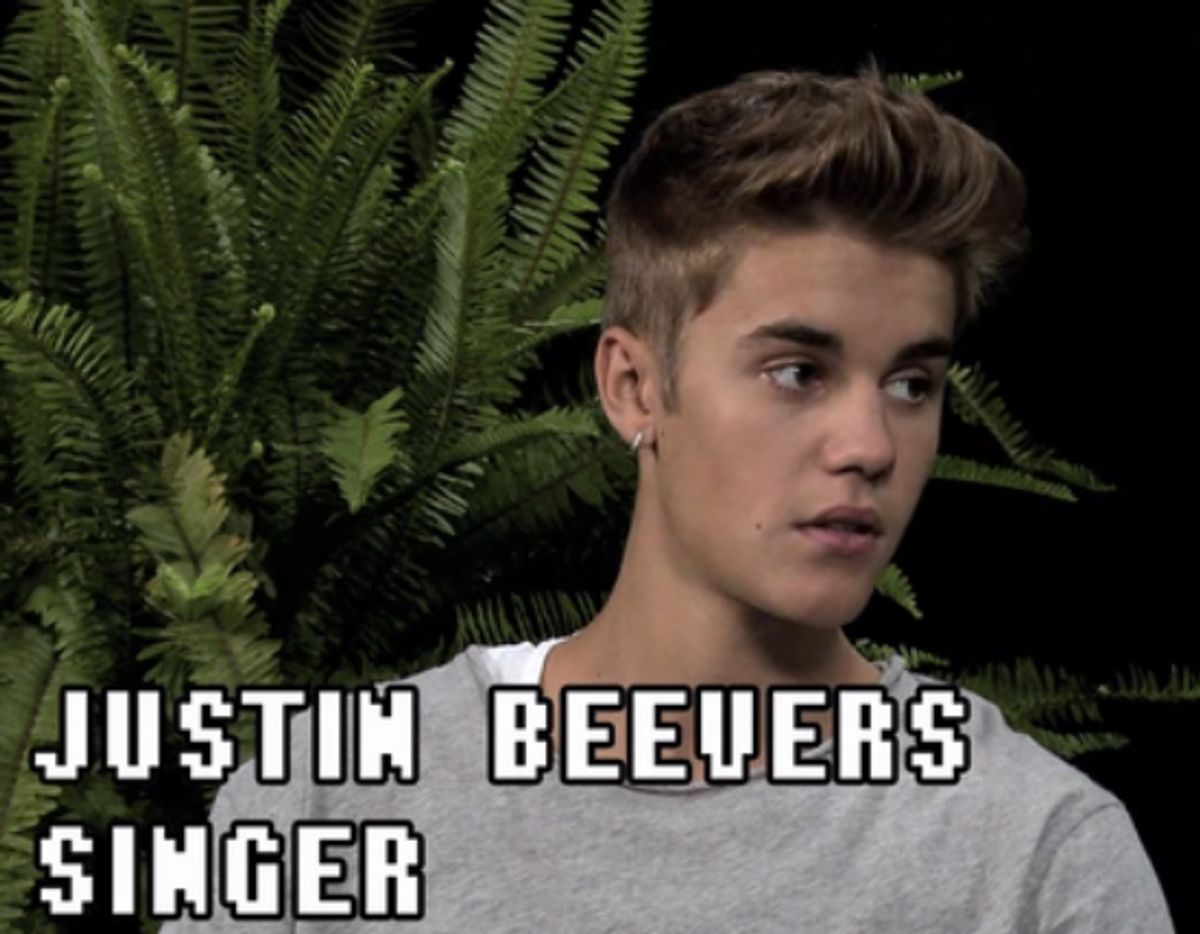 "It's really exciting to talk to you, especially right in the middle of your public meltdown," said Galifianakis, referring to Bieber's recent shenanigans, including peeing in a bucket and saying Holocaust victim Anne Frank would have been his fan.

Giving voice to every adult who can't stand Bieber or his legions of annoying fans, Galifianakis asked: "When you're in the recording studio, do you ever think, 'Hey, what if I don't make something shitty?' Does that ever pop into your mind?"

Eventually, reflecting on Bieber's cockiness threw the comedian into a fit of rage. "You know what, I don't like your attitude, to be honest!" he yelled. "You're too young to be smoking pot and pee-peeing in buckets and driving up and down on the highway fast!"

Galifianakis then attacked Bieber with a belt, delivering America a healthy dose of schadenfreude. "You're not a child, and that's the point. So I can hit a grown man with a belt," he said.