5 comics you should read if you like "Agents of SHIELD" 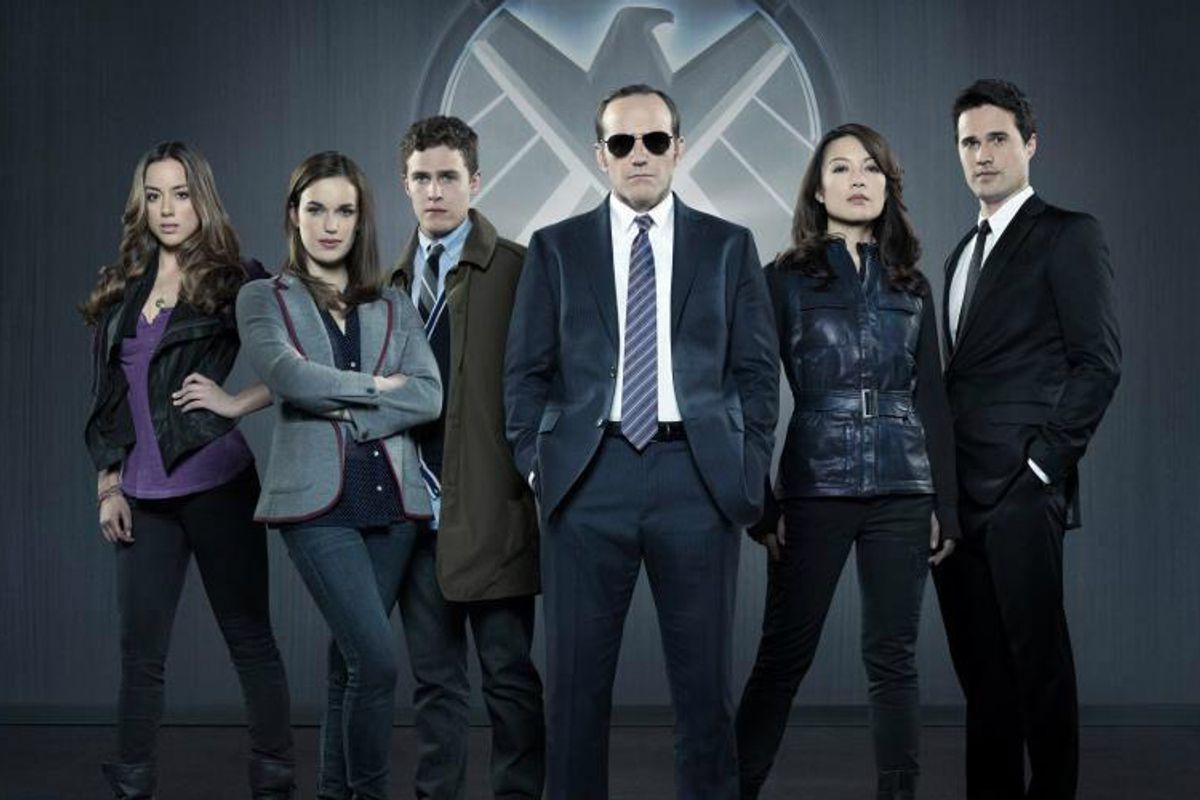 ABC's new "Agents of SHIELD" features the spies of the Marvel universe, but no Avengers, Spider-Man or X-Men. And Fox recently announced it's making "Gotham," about the adventures of a young Commissioner Jim Gordon, pre-Batman, in the DC universe. The newest thing on TV seems to be superhero stories without the superheroes.

In comic books themselves, this isn’t a new concept. Over the years, there have been individual issues of long-running superhero comics focused on non-heroes. Even better, there have been several mini or regular series devoted to what are usually peripheral characters. The following are five of the best series featuring normal or normal-ish people living in bizarre, spandex-happy worlds, where radiation gives you powers and doomsday devices are as common as recycling bins. If you’re intrigued by Agent Coulson and Commissioner Gordon, the following should scratch the same itch.

This 2003-2006 series, written by Ed Brubaker and Greg Rucka, was basically "The Wire" in Gotham, showing what a maddening, terrifying job it is to be a cop in Batman’s city. Just like in "The Wire," you get to see the camaraderie and humor of cops and the stifling power of bureaucracy — but with supervillains like Two-Face and the Mad Hatter added to the mix. Since Batman’s world has always worked so well on its own, away from the rest of the DC universe — like in the Christopher Nolan movies — it’s no wonder that world works when Batman himself is minimized. Gotham is a dirty, crime-packed, hard-boiled hellhole. I wouldn’t want to live there, but I love reading about it.

Fox’s "Gotham" doesn’t appear to have anything to do with "Gotham Central," and that’s a damn shame. This would be great TV.

Where to start: Right at the beginning, with the story that launched the series: “In the Line of Duty.” This Mr. Freeze-centric story introduces the world perfectly. You immediately understand why Batman, cool as he may be to us, can be a frustrating pain and necessary evil to Gotham cops. The highlight of the series might be “Soft Targets,” a Joker story that’s scarier because it’s mostly Batman-less.

This recent 12-issue series by Garth Ennis and Goran Parlov takes Marvel’s superspy away from superheroes entirely and shows his misadventures in Vietnam, Cuba and Nicaragua, working for the CIA rather than SHIELD. If you didn’t think comic books could offer a moving, detailed look at the Cold War, you’d be wrong. I’m not surprised it's great, given Ennis’ seminal work on the Punisher and his creator-owned series "Preacher."

But while those series are gory, pulpy and (wonderfully) ridiculous at times, "Nick Fury Max" is realistic and somber: It’s painstakingly tied to real history with gravitas and respect for warriors, even warriors fighting the wrong wars. There is still an element of humor, as narrator Fury seems to, at times, have as many napping prostitutes in his hotel room as he does CIA-related regrets. On Comics Alliance, John Parker wrote a fantastic piece about this series.

Where to start: This is only 12 issues, so just read the whole thing. A highlight: Fury goes on a mission in Southeast Asia with Frank Castle, who would go on to become the Punisher.

Like "Gotham Central," this ongoing series (by Brian Michael Bendis and Michael Avon Oeming) is about cops in a superhero world, but it’s a self-contained world, allowing the series to kill a superhero or two in each major arc.

As is usually the case with Bendis, the dialogue is quick and funny, never cute, and totally absorbing, while the plots are full of commentary on the superhero world as well as this world, especially our predatory media. Oeming’s art is stunning and unique: it’s somehow cartoony and noir at the same time. This is one of the most distinctive-looking comics I’ve ever read, and despite the similar concept, it’s nothing like "Gotham Central."

A "Powers" show is in development at FX. Given that network’s track record with quality dramas, I’m droolingly awaiting this show.

Where to start: Just go to the first story arc, “Who Killed Retro Girl?” As partners Christian Walker and Deena Pilgrim investigate the disturbing murder of a beloved hero, Bendis and Oeming build a world where superheroics are far more dangerous than in the Marvel and DC universes, because you might actually die and stay dead. Bonus comic: Check out Bendis’ run on "Daredevil," including the recent miniseries "Daredevil: End of Days," which was written with David Mack and illustrated by Mack, Klaus Janson, Alex Maleev and Bill Sienkiewicz. Like many great Daredevil stories, that story is told through the POV of journalist Ben Urich, giving it a grounded, non-superhero touch, much like "Powers" itself.

This gorgeously illustrated four-issue series from 1994 shows the major events of the early Marvel universe through the eyes of Phil Sheldon, a photographer. Starting with the advent of Marvel’s original Human Torch, Namor the Sub-Mariner, and Captain America in the '40s, Sheldon is the everyman reacting to people and events that, if real, would boggle even the most unboggle-able mind.

Alex Ross’ photorealistic style is well-matched to the content, and writer Busiek captures the amazement and horror ordinary people would feel about events like the arrival of Galactus, the emergence of mutants, and the death of Gwen Stacy.

Where to start: It’s only four issues, so read the whole thing. If you get hooked on the unique art of Alex Ross, you should then check out "Kingdom Come," a DC elseworlds story featuring a future Batman, Superman and Wonder Woman that is a gem.

Also written by Busiek and featuring covers by Ross, "Astro City" focuses on the little people, superpowered or not, in a superhero-filled city. As with "Powers," not being part of the Marvel or DC universe allows Busiek and co-creator Brent Anderson great freedom. As the title implies, this comic — which has been published on and off since 1995 — is more about the city as a whole than any individuals, which makes it the second "Wire"-esque series on this list.

Two of the last few issues were devoted to a switchboard operator for the Honor Guard (Busiek’s version of the Avengers or Justice League). If you think your job is stressful, try deciding under pressure whether a panicked phone call is a case for the police or the superheroes. Another recent issue is about a woman with telekinetic powers who chose to work in the movie industry instead of the superhero biz. It’s unlike anything you’ve read in the funny pages.

Where to start: Any of the most recent issues are good places to jump in, but the best story arc might be “The Tarnished Angel,” which features Steeljack, a down-on-his-luck former supervillain. This metallic ex-con is old and fresh out of jail, trying to help some friends who are in danger while feeling consumed by guilt and weariness at every turn. If you’ve ever felt that you didn’t live up to your potential, you’ll get absorbed in this beautiful story.