Barilla's homophobia apology is too little, too late 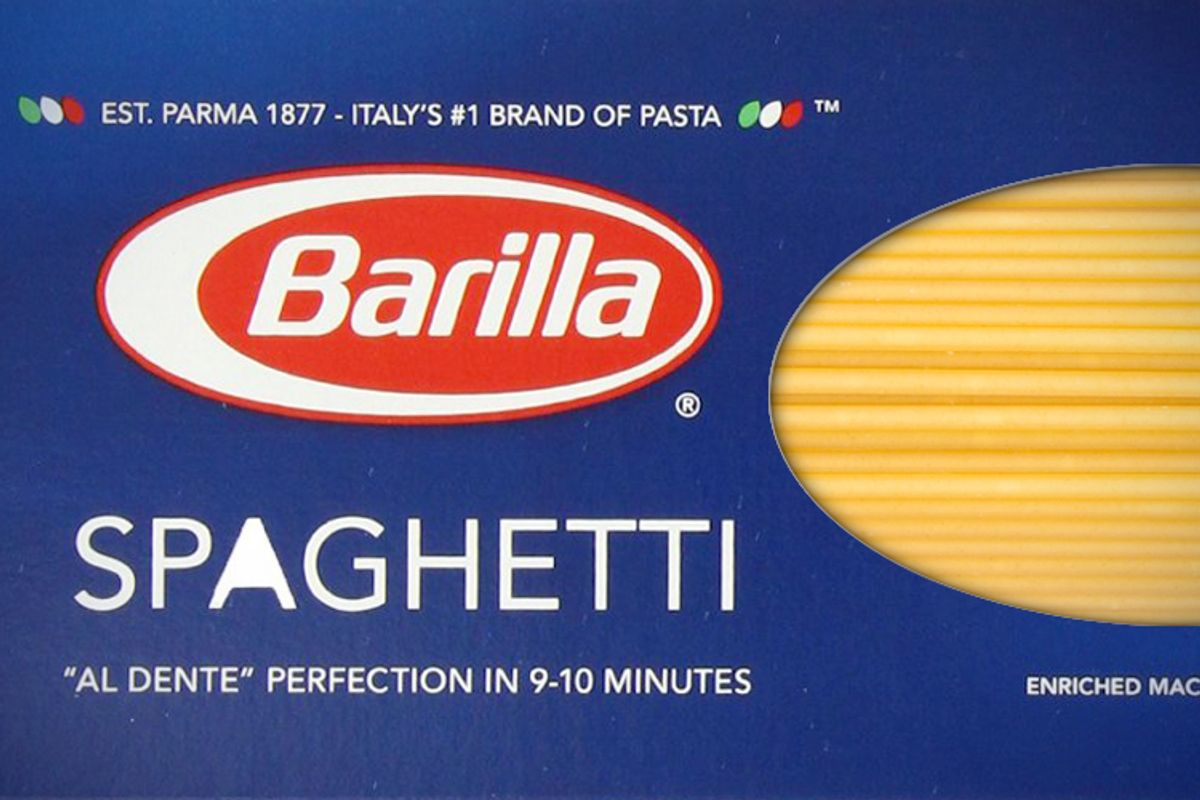 Thanks, Barilla – you've given even the diminishing population of those of us who still love carbs and tolerate gluten just fine a reason to avoid pasta. Well played, foot shooting-wise.

The world's largest pasta company found itself in hot water this week when chairman Guido Barilla did an interview on the Italian radio show "La Zanzara" Wednesday in which he declared, "I would never do an advert with a homosexual family.… I would not do it but not out of a lack of respect for homosexuals who have the right to do what they want without bothering others… [but] I don't see things like they do and I think the family that we speak to is a classic family…. if [gay people] like our pasta and our message they will eat it; if they don't like it and they don't like what we say they will… eat another." And then, just to put the sauce on the ziti, he added, "Everyone has the right to do what they want without disturbing those around them [but] I have no respect for adoption by gay families because this concerns a person who is not able to choose." Great, so we can now add Barilla pasta right next to Russia on our list of things that people who care about basic human rights should avoid.

By Thursday, the brand was facing a mountain of severe criticism. The hashtag #boicotta-barilla swiftly became a Twitter trend, and Equality Italia chairman Aurelio Mancuso spoke for many when he announced, "Accepting the invitation of Barilla's owner to not eat his pasta, we are launching a boycott campaign against all his products." Facing a worldwide outcry, the company then attempted to walk back his statements, and that went about as well as it usually does when profoundly ignorant people try to explain themselves.

"I’m sorry if my comments on La Zanzara have created misunderstanding or polemic," Mr. Barilla said in a statement the company issued Thursday, "or if I’ve offended anyone. In the interview I only wanted to underline the central role of the woman in the family." Oh, thanks, that makes it so much better. You weren't trying to be homophobic, you were just being sexist. My bad! One does have to wonder, based on his statement, if Mr. Barilla thinks that only men can be gay, or that preparing pasta is a skill only heterosexual mothers possess. Ah yes, the common dinnertime complaint – you're hungry, you've got a box of linguine and a jar of sauce, but dammit, no woman around to boil the water.

Perhaps sensing it was digging itself deeper, the company has now issued a more tactful Twitter mea culpa, saying, "While we cannot undo words that have been said, we can apologize. To all of those that we have hurt or offended, we are deeply sorry." And its current corporate apology from Mr. Barilla omits any backhanded praise for women and simply says, "To all those who have been offended, including the thousands of employees and partners who work with Barilla around the world, I apologize for and regret my insensitive comments. I understand that they were hurtful and they are not a genuine view of my opinion." Moving closer, but still not a great job of accountability. You don't spend an interview enumerating quite explicitly all the problems that you have with gay people and then turn around and say they're not a "genuine view" of your opinion. Sure they are.

There's no doubt that if we knew what went on in the mind of every corporate leader for every product we buy, we'd find ourselves sadly limited as shoppers. And while it's semi-nice that Barilla has acknowledged the crassness of its leader's statements and apologized for them, the problem isn't what backwards ideas he harbors in his heart. It's his clear declaration of revulsion at the idea of depicting gay families, even ones who aren't "bothering" anybody, as part of his company's family. It's the curt, honest admission that if you don't like it, he doesn't need your business. Great – that's free enterprise for you. And it'll be the reason that despite the company's weak contrition, Barilla will no doubt continue to learn in the days to come that a whole lot of consumers, around the world, have suddenly lost their appetites for their products.