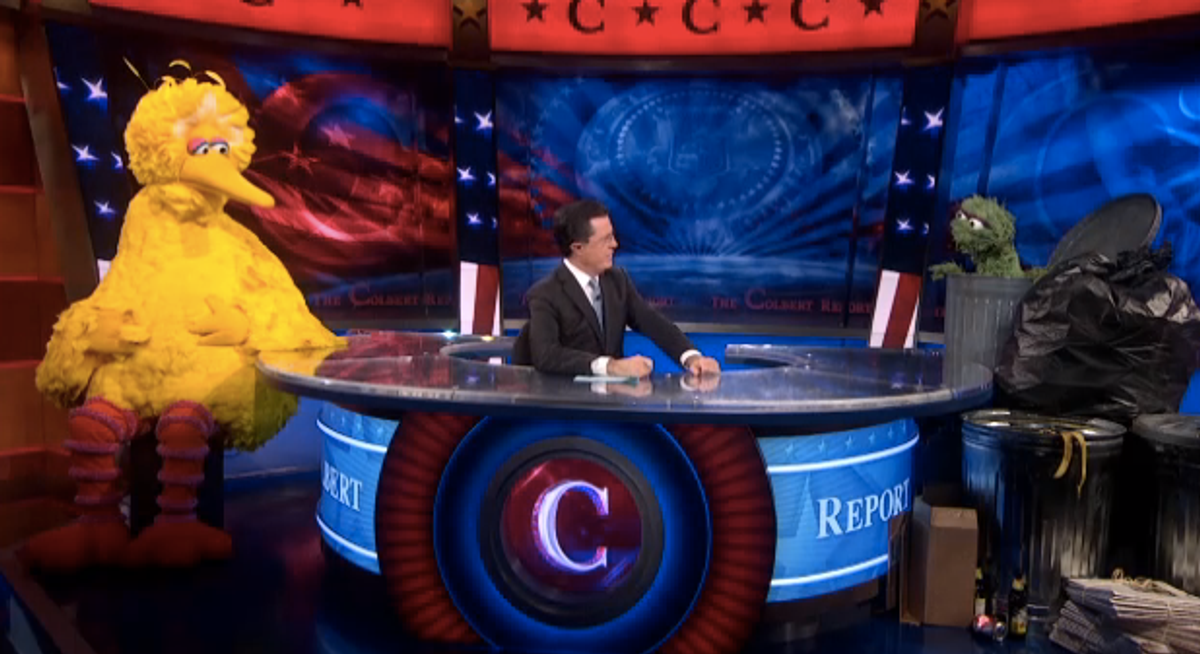 Stephen Colbert last night celebrated the return of CNN's "Crossfire," a show, "which, back in the '80s, practically invented people yelling incoherently at each other."

"Until the revamped "Crossfire" appeared earlier this month, the only place you could find intractable political shoutfests was... everywhere else on cable news," Colbert joked.

Inspired, Colbert then introduced "Pointless Counter Pointless," a debate program that proved to be far more entertaining than "Crossfire" could ever be, thanks to two special guests: "Sesame Street's" Big Bird and Oscar the Grouch.

Colbert, assuming the role of incendiary moderator, launched into a debate about "some of the most controversial topics of our time," beginning with the letter "S." Both sides weighed in: Big Bird said, "Oh I like the letter 'S!' Lots of great things start with 'S,' like 'sunshine' and 'sailboat,' Stephen... and Stephen, your name starts with 'S!'"

But Oscar's counter-point wasn't much different: "I like the letter 'S.' So many grouchy words start with the letter 'S,' like 'smelly,' and 'slimy,' and 'stinky' and 'sesquipedalianism.'"

"The whole idea of this show is disagreement," Colbert said. "I need you to argue."

The two puppets responded by singing a duet about loving trash. It was perfect.