Why are so many Christians so un-Christian?

Many right-wing Christians vilify the poor, in direct contradiction to the teachings of Jesus. Why the hypocrisy? 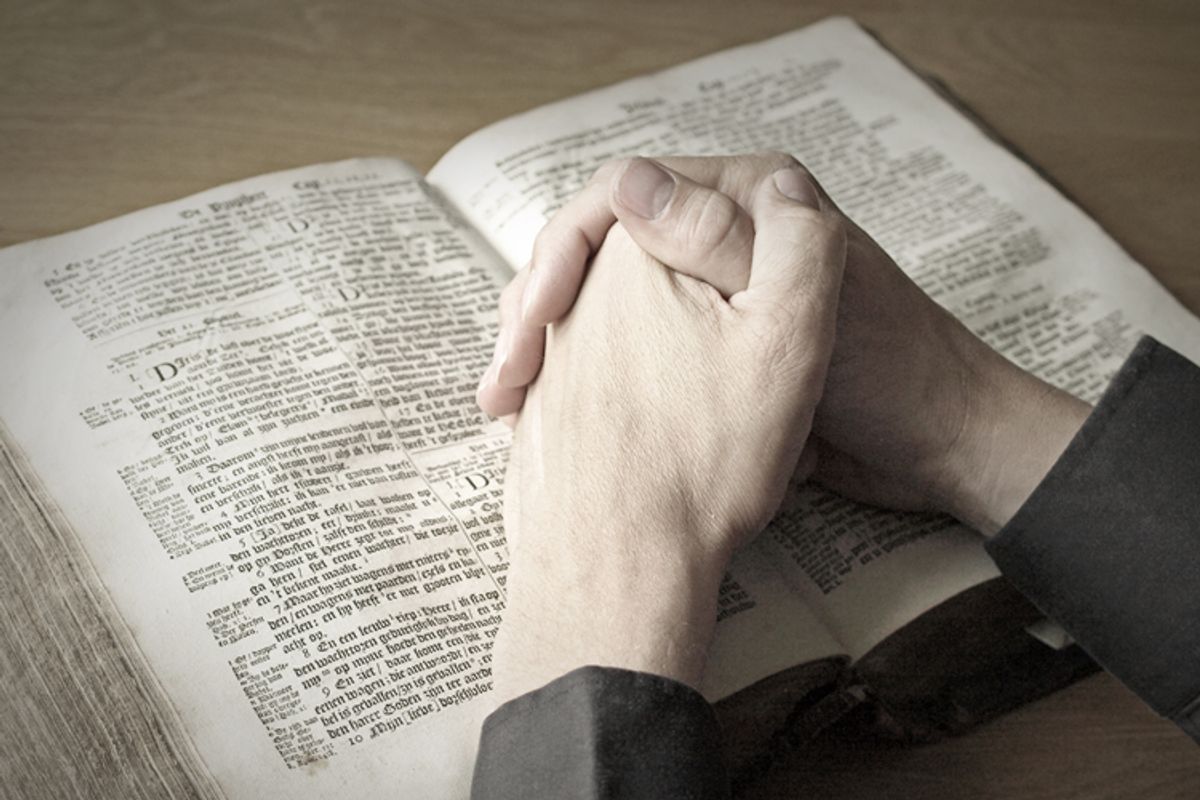 In an age where your average Republican politician is thumping the Bible with one hand and trying to strip food from the mouths of the poor with the other, it’s become a sad cliché to point out how little the most outspoken Christians have in common with their charity-preaching, forgiveness-loving messiah. It’s only gotten worse in recent years, with the followers of the man who cured lepers threatening to shut down the government if Obama insists on giving more people access to healthcare.

But while a nudge and a laugh at the silly Christian hypocrites is a good time, it’s worth looking deeper at what’s really going on with the parsimonious haters of the poor who claim to speak for Jesus. The fact of the matter is that right-wing Christians refuse to see their differences with Jesus as hypocrisy. To really understand how religion works in the world of politics, it helps to understand that it’s usually more about  rationalizing what you already want to believe than it is about actually studying your religious texts and drawing intelligent conclusions from it.

So what’s going on when Ken Blackwell, the former Ohio Secretary of State and current conservative activist says things like there is “nothing more Christian” than cutting needy people off food stamps? It may seem like the rational thing for Blackwell to have done was simply admit that there’s nothing in the Bible that even comes close to suggesting that it’s good for people to be forced into starvation simply because they had the misfortune of living in a time of high unemployment. After all, Jesus just simply gave people the loaves and the fishes. He didn’t withhold the food, and like Blackwell did, say that being able to eat food would “breed dependency” and that starving the poor was a good way of “empowering others and creating self-sufficiency."

Blackwell is stretching; it’s obvious he’s stretching. So why go there at all? Well, as stupid as he sounds, it’s the rational choice. Being considered a Christian means you get a lot of unearned esteem from the public, and you’re given a lot more benefit of the doubt than if you claimed to be, say, an atheist. Indeed, for many audiences, it’s better to sound like an idiot while claiming to be Christian than to sound intelligent without mentioning religion at all. It makes sense that a politician or activist would want to be perceived as a Christian even if they have to bend themselves into pretzels to explain away the obnoxious clash between what they believe and what even the most strained but intellectually honest interpretation of their Bible would have you believe.

But it’s more than that. There’s no reason to think Blackwell believes himself to be lying when it comes to his religious beliefs. As much as liberals would often wish it otherwise—and no matter how much conservative Christians may claim their beliefs all come from the Bible—the truth of the matter is there’s no real relationship between what a person believes and what their religion ostensibly teaches them to believe. In practical terms, the word “Christian” is an empty term that can basically mean whatever the believer wants it to mean. Christians decide what they want to believe first and then, after they’ve chosen their beliefs, search for any excuse, no matter how thin, to claim that their belief is consistent with their chosen religion.

It’s a process called rationalization or motivated reasoning, and to be perfectly fair, it’s how most people think about most things most of the time: They choose what to believe and then look for reasons to explain why they believe it. Huge reams of psychological research show this is just how the human brain works. Almost never do we look over a bunch of arguments and choose what to believe based on reasoning our position out. As Chris Mooney at Mother Jones explains, “We push threatening information away; we pull friendly information close.” Our faculties are usually put to the task of trying to defend what we already believe, not towards developing a better understanding of the world.

While most people engage in motivated reasoning most of the time, injecting religion into a situation only makes this process worse. That’s because, unlike most other belief systems, religion is impervious to empiricism. Most claims people make are subject to real-world tests. Are you in denial that your spouse is cheating on you? If you’re given photographic evidence that it’s true, that’s probably enough to shake you from your convictions. Want to believe the Earth is flat and not round? Shoot you into space and see how long that belief lasts. Sure, there are always fools who won’t believe the evidence, no matter how overwhelming, but for most of us, most of the time, we have a limit.

With religion, however, there’s no limits about what you can claim to believe. Jesus is a mythological character: he believes whatever the person speaking for him says he believes. For one person, Jesus believes we should feed the hungry and clothe the naked. For another, Jesus didn’t really mean it when he said that stuff; he was just handing out goodies in order to recruit new believers. We weren’t there (and it probably didn’t even happen), so the sky’s the limit when making up reasons why what you believe counts as “Christian.” If you want to believe Jesus was actually a space alien brought here by Martians to teach us how to fly, you have as much right as anyone else to believe what you want. It all has equal amounts of evidence to back it up.

That’s one reason politicians love to talk about religion, because they don’t have to prove anything. But that’s the major reason religion really has no place in politics. It’s hard enough for voters and policy makers to hash through the real-world claims that fly around in politics. Trying to figure out what some silent, mythical god wants us to do is a fool’s errand. That god is always and forever going to want what the person speaking for him wants him to want, and nothing else. If Ken Blackwell was only allowed to speak for Ken Blackwell and not claim authority from on high, the true cruelty of his words would be all the easier to see.